BEWARE: Investegation reveals Facebook will sell you to the highest bidder

Free World Class Education
FREE Catholic Classes
Facebook took money from Russian troll group. Who else are they allowing to lie to you?

The Russians purchased $100,000 worth of ads on Facebook to spread misinformation during the 2016 presidential election, and Facebook knew it. This is the result of an ongoing investigation into Russian interference in the 2016 election. 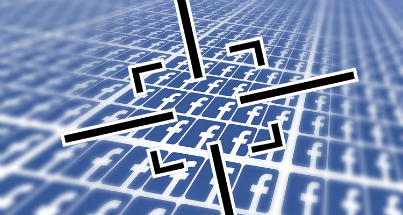 LOS ANGELES, CA (California Network) -- We have learned that the Russians spent $100,000 setting up fake accounts and spreading misinformation on Facebook ahead of the 2016 presidential election. Facebook insists it does not know the extent of Russian use of the platform, or the impact, or even if the purchased ad campaign is still on its site.

The investigation reveals the Russians attempted to use Facebook to launch anti-immigration, anti-Clinton rallies in Texas and Idaho.

The Russians also created the "United Muslims of America," to promote anti-US sentiments among Muslims. The group is fake, and has nothing to do with Muslims, although it targets Muslim Americans. There is a real group by the same name on Facebook.

The Russians used the fake group and others they created to spread fake news. Hillary Clinton and John McCain were targets of several campaigns. Incidentally, both are critics of Vladimir Putin.

The activity did not stop after the election. Russian activity spiked following a strike ordered by President Trump on a Syrian airfield. The Russians posted a meme claiming the $93 million cost of the strike would fund "Meals on Wheels until 2029."

It is unclear how successful the Russians were in achieving any goal with the Facebook campaign. Initial reports suggest they were not very successful. Their goal appears to have been to generate upset and division.

The ads were purchased by the Internet Research Agency, which has been described as a "Russian troll factory," based in St. Petersburg. The term "troll" refers to a person who posts inflammatory content online for the thrill of watching others react.

It is obvious the Russians attempted to interfere in the 2016 presidential election and the political process in general. They have spread disinformation to the American public, in an effort to create division.

It is an open secret that the U.S. also attempts to influence elections and politics in other countries.

The problem is that Facebook approved the fake groups and ad campaigns. They took Russian money spent for a nefarious purpose. They permitted the Russians to spread disinformation to the American public for the sake of profit.

Facebook will sell your profile, and access to your newsfeed, to anyone who is willing to pay. They do not care what the intentions of these people are, as long as the payment goes through. Evil people can pay money to lie to you, to fill your head with disinformation, and to influence you into doing they they want you to do.

While Mark Zuckerberg, the founder of Facebook denies that Facebook can have any meaningful impact on politics, most experts disagree. Millions of Americans now get most of their news and information from social media.

This is further evidence that Facebook needs to be regulated, and now sanctioned for their collaboration with the Russians to meddle in the 2916 election. We don't need the Russians to confuse us, as we are often confused and ill-informed already.

Facebook continues to lie, and to put greed before the best interests of its users. This is causing harm. It is time for the government to regulate Facebook, or for more Americans to quit using it.