Why do liberals want to kill conservatives? Here's a list of liberal threats and attacks on conservatives since mid-2016 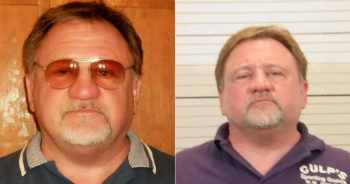 In his own words, liberal terrorist, James Hodgkinson wanted to kill as many Republicans as possible.

LOS ANGELES, CA (California Network) -- Both liberals and conservatives get angry over politics. There have been a great number of angry words spoken on both sides of the aisle and across the political spectrum. However, there is one distinct difference. Liberals appear ready to persecute conservatives, and even attack them.

The number of liberal attacks on conservatives have spiked since July 2016, when it appeared possible that Trump could defeat Clinton in the election.

There is no clear explanation why liberals are more ready to use violence, particularly mob violence, against others. One hypothesis is that conservatives tend to favor a live-and-let-live approach to things in general, and are more likely to fight defensively --only when their lives, rights or property are threatened. Liberals are more likely to form bands to fight, and become inflamed over vague ideas, even if they cannot articulate what those ideas mean. It's surprising given that liberals are anti-gun and pro-peace, and strangely, pro-Sharia law.

Here is the list of liberal attacks on conservatives since July 2016. Source: Daily Caller.

-A Hillary Clinton supporter lights a flag on fire and attacks a Trump supporter in Pittsburgh.

--A Tennessee man was assaulted at a garage sale for being a Trump supporter.

-A Trump supporter in New Jersey was attacked with a crowbar on the street.

-Protesters in El Cajon, Calif., chased and beat up a Trump supporter.

-A GOP office in North Carolina was firebombed and spray painted with â€˝Nazi Republicans get out of town or else."

-A high school student was attacked after she wrote that she supported Trump on social media. The perpetrator ripped her glasses off and punched her in the face.

-The president of Cornell University's College Republicans was assaulted the night after Trump won the election.

-A high school student was arrested in Florida after he punched a classmate for carrying a Trump sign at school.

-A group of black men in Chicago attacked a white man while raging against Trump.

-Maryland high school students punched a student who was demonstrating in support of Trump, and then kicked him repeatedly while he was on the ground.

-"You support Trump. You hate Mexicans," a California high school student yelled at a Trump supporter, before viciously beating the girl.

-An anti-bullying ambassador was arrested for shoving a 74-year-old man to the ground in a fight outside Trump tower where people upset over his win had gathered. The woman tied to Black Lives Matter caused the man to hit his head on the sidewalk.

-A Texas elementary school student was beaten by his classmates for voting for Trump in a mock election.

-Two men punched and kicked a Connecticut man who was standing with an American flag and a Trump sign.

-A Trump supporter was beaten and dragged by a car.

-A Trump supporter was knocked unconscious after airport protesters repeatedly beat him on the head.

-A Trump supporter was attacked after putting out a fire started by anti-Trump protesters.

-When Trump protesters encountered a driver with a pro-Trump flag on his car, they surrounded the vehicle, ripped off and began burning the flag, and pounded the car. They also punctured on the tires.

-California GOP Rep. Tom McClintock had to be escorted to his car after a town hall because of angry protesters. The tires of at least four vehicles were slashed.

-Protestors knocked a 71-year-old female staffer for California GOP Rep. Dana Rohrabacher unconscious during a protest outside the representative's office.

-Milo Yiannopoulos speech at the University of California-Berkeley was cancelled after rioters set the campus on fire and threw rocks through windows. Milo tweeted that one of his supporters wearing a Trump hat was thrown to the ground and kicked.

-Masked protesters at Middlebury College rushed AEI scholar and political scientist Charles Murray and professor Allison Stranger, pushing and shoving Murray and grabbing Stranger by her hair and twisting her neck as they were leaving a campus building. Stranger suffered a concussion. Protesters then surrounded the car they got into, rocking it back and forth and jumping on the hood.

-A parade in Portland, Ore.,was canceled after threats of violence were made against a Republican organization.

-Republican Rep. Tom Garrett, his family and his dog were targeted by a series of repeated death threats deemed credible by authorities.

-FBI agents arrested a person for threatening to shoot Republican Rep. Martha McSally over her support for Trump.

-Police in Tennessee charged a woman for allegedly trying to run Republican Rep. David Kustoff off the road.

-Police in North Dakota ejected a man after he became physical with Republican Rep. Kevin Cramer at a town hall.

-A former professor was arrested after police said they identified him on video beating Trump supporters with a U-shaped bike lock, leaving three people with "significant injuries."

-Republican Rep. Claudia Tenney received an email threat that read, "One down, 216 to go," shortly after the shooting at the Republican congressional baseball practice.