Secretary of State John Kerry has called on Edward Snowden to "man up and come back to the United States." 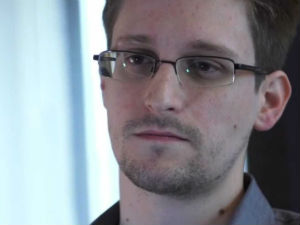 LOS ANGELES, CA (Catholic Online) - Snowden, who worked for the National Security Agency where he leaked information about the Agency's activities, including details of two top secret U.S. surveillance programs, has been called a hero by some and a traitor by others, and has currently sought temporary asylum in Russia, avoiding a trial, which he believes would not be fair. Snowden claims that if he returned to the U.S. he would be tortured and would face the death penalty.

Snowden has been charged with three offenses in the U.S., including espionage and could face 30 years in prison if convicted.

Kerry denied this on an interview with CBS. "The bottom line is this man has betrayed his country, sitting in Russia where he has taken refuge," he said. Kerry argued that Snowden should make his case openly and freely in the U.S. court system. "Instead he's sitting there taking pot shots at his country, violating the oath that he took."

Snowden and his family and friends have argued that it would be impossible for him to get a fair trial in the U.S. because of the numerous public denunciations by members of Congress, and that the Justice Department as acted under a presumption of guilt.

As an example, they point to the letter Attorney General Eric Holder wrote to Russian officials, which sought Snowden's extradition back to America. In the letter, Holder promised that the former NSA analyst would not be executed.

On May 28, Kerry added that Snowden: "has told terrorists what they can now do to (avoid) detection."

"I find it sad and disgraceful," he said.