Catholic Social Doctrine: What Does the Church Teach About Democracy and Values

Free World Class Education
FREE Catholic Classes
The Church has traditionally maintained that no form of civil government is imposed upon man by God. 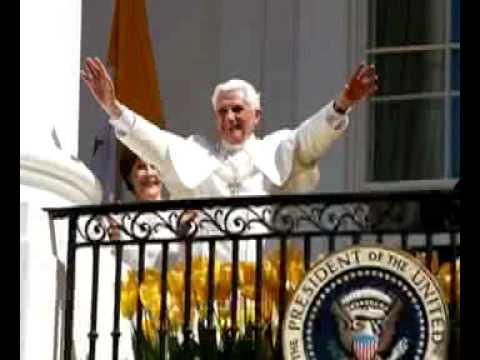 CORPUS CHRISTI, TX (Catholic Online) - The Church has traditionally maintained that no form of civil government is imposed upon man by God.  The traditional doctrine is found, for example, in Leo XIII who stated in his encyclical addressed to the bishops in France in 1892 entitled Au Milieu des Sollicitudes that,

"in truth it may be affirmed that each of [the forms of government] is good, provided it lead straight to the end--that is the common good, for which social authority is constituted,--and finally, it may be added that from the relative point of view, such and such a form of government may be preferable because of being better adapted to the character and customs of such or such a nation. In this order of speculative ideas, Catholics, like all other citizens, are free to prefer one form of government to another, precisely because no one of these social forms is, in itself, opposed to the principles of sound reason or to the maxims of Christian doctrine."

"The Church values the democratic system inasmuch as it ensures the participation of citizens in making political choices, guarantees to the governed the possibility both of electing and holding accountable those who govern them, and of replacing them through peaceful means when appropriate.  Thus she cannot encourage the formation of narrow ruling groups which usurp the power of the State for individual interests or for ideological ends."

"Authentic democracy," the Pope continues, "is possible only in a State ruled by law, and on the basis of a correct conception of the human person. It requires that the necessary conditions be present for the advancement both of the individual through education and formation in true ideals, and of the 'subjectivity' of society through the creation of structures of participation and shared responsibility."  (Compendium, No. 406) (quoting Centesimus annus, 46).

The Church distinguishes between "authentic democracy" and one that is not authentic. The most significant distinction between an "authentic democracy" and an inauthentic one relates to substance: does it promote the common good, the rule of law, the dignity of the human person properly understood?  Does it recognize objectively-informed human rights based upon the natural moral law?  Does it advance the good life based upon a proper understanding of man?  Or does it put right over the good?

If viewed as a mere procedure, devoid of substantive values, democracy may be more a hindrance to the good life than a benefit to it. So the Compendium warns us: "An authentic democracy is not merely the result of a formal observation of a set of rules but is the fruit of a convinced acceptance of the values that inspire democratic procedures: the dignity of every human person, the respect of human rights, commitment to the common good as the purpose and guiding criterion for political life. If there is no general consensus on these values, the deepest meaning of democracy is lost and its stability is compromised." (Compendium, No. 407)

Democracy as a form of government, in fact, is no panacea.  It can become intolerant, dangerous, even inhuman if it does not build upon the notion of an objective moral order.  If democracy is built upon a people who have rejected an objective order--so that all morality is conventional, a matter of agreement only--then there is great danger of a form of tyranny.

In fact, the problem of "ethical relativism" is what presents democracies in the West with the greatest threat.  "The Church's social doctrine," explains the Compendium, "sees ethical relativism, which maintains that there are no objective or universal criteria for establishing the foundations of a correct hierarchy of values, as one of the greatest threats to modern-day democracies."

Quoting John Paul II's Centesimus annus, the Compendium continues: "'Nowadays there is a tendency to claim that agnosticism and skeptical relativism are the philosophy and the basic attitude which correspond to democratic forms of political life.  Those who are convinced that they know the truth and firmly adhere to it are considered unreliable from a democratic point of view, since they do not accept that truth is determined by the majority, or that it is subject to variation according to different political trends.  It must be observed in this regard that if there is no ultimate truth to guide and direct political action, then ideas and convictions can easily be manipulated for reasons of power.  As history demonstrates, a democracy without values easily turns into open or thinly disguised totalitarianism.'"  (Compendium, No. 407)

Being but a means of government, democracy needs something extrinsic to it so that it may have an end.  Though written constitutions and statements of rights attempt to impose such an extrinsic order, there has to be a law above these, what Constitutional Law Professor Thomas E. Cronin called the "Higher Law."

In fact, traditionally, the notion of this "Higher Law"--the natural moral law--was a central value held by all the signers of the Declaration of Independence and all the ratifiers of the U.S. Constitution and the Bill of Rights.  The founders of our form of government recognized what the Compendium states is essential for democracy to recognize: that there is a law outside process, there is an objective realm of morality to which it must answer:

"Democracy," the Compendium states again drawing from John Paul's encyclical, "is fundamentally "a 'system' and as such is a means and not an end.  Its 'moral' value is not automatic, but depends on conformity to the moral law to which it, like every other form of human behavior, must be subject: in other words, its morality depends on the morality of the ends which it pursues and of the means which it employs." (Compendium, No. 407)

For a variety of reasons, the moral consensus of the good behind our democracy has collapsed.  We no longer hold to a central core of objective moral truth.  A radical individual autonomy--freedom for freedom's sake--where we define what we want to be and what is to be our good has replaced any notion of an objective moral order.  Indeed, there has been a revolution of sorts, and it has infected even the highest institutions who have institutionalized this ethical relativism.

In Planned Parenthood v. Casey, 505 U.S. 833 (1992), the majority of the Supreme Court refused to overturn Roe v. Wade.  In that case, Justice Anthony Kennedy defined the "heart of liberty" to be this radical autonomy where each individual defines his or her good, where each individual has "the right to define one's concept of existence, of the universe, and of the mystery of human life."  A few years later, that passage was referred to in the Supreme Court case which overturned all laws that criminalized homosexual sodomy.  In a scathing dissent, Justice Scalia referred to this "sweet-mystery-of-life" passage, as the "passage that ate the rule of law." Lawrence v. Texas, 539 U.S. 575 (2003).

In his book Liberal Purposes, the liberal political philosopher William Galston--who was critical of his liberal colleague John Rawls--insisted that there had to be a minimum level of consensus regarding the good--a minimal perfectionism--for a liberal democracy to function.  Such a consensus had to disavow secular nihilism, Nietzschean irrationalism, and barbarism.  The "sweet-mystery-of-life" passage which has entered our Constitutional jurisprudence courtesy of Justice Kennedy comprehends all three of these demons.

Let us not be fooled by the "sweet-mystery-of-life" passage.  It is nothing other than a pleasant way of saying: "Evil, be thou my good."  And by these saccharine words we have justified as good--for the mere reason that they were chosen as good and for no other reason--and institutionalized such moral enormities as contraception, abortion, and sodomy, all of which are sins which cry to heaven for vengeance. (Gen. 4:10, 18:20).

Woe to those who call evil good and good evil. (Isaiah 5:20)  It presents a real danger to our democratic way of life and to the political patrimony our fathers bequeathed us.