Canada: New Speaker of the House has Never Hidden his Catholic Faith

Scheer's victory has sent a message to politicians everywhere that one does not have to separate a robust Catholic faith from public life. Campaign Life Coalition has rated him pro-life and pro-family based on his voting record and public statements. 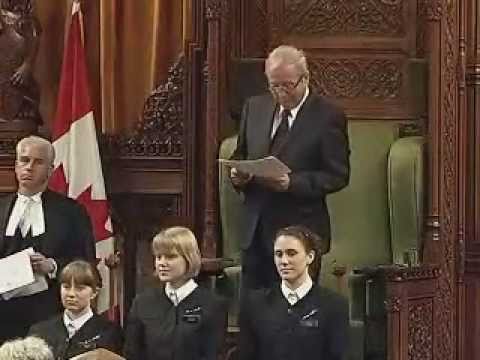 P>OTTAWA (CCN) - The newly-elected Speaker of the House Andrew Scheer, 32, made history June 2 as the youngest MP to be elected to this coveted role that comes with huge responsibilities and accompanying perks.

But Scheer's victory has also sent a message to politicians everywhere that one does not have to separate a robust Catholic faith from public life.

Campaign Life Coalition has rated him pro-life and pro-family based on his voting record and public statements.

About the bill to change the definition of marriage, he told the House, "(The bill) is abhorrent to me, to other Catholics and to every member of every faith community."

"I have often said that we are all motivated by the same thing," Scheer told the House after he defeated NDP MP Denise Savoie on the final ballot. "We may disagree fundamentally on issues and ideas, but we all do sincerely want Canada to be the best country it can be. I have come to appreciate that on a personal level with each and every member."

He promised to serve the House of Commons and its members. The Speaker only votes on issues in the event of a tie.

In his speech earlier that day, Scheer promised to restore decorum and courtesy by playing "a more assertive role in improving the tone of debate in this place."

He said Standing Orders already exist that would allow the Speaker to ensure that members who do not treat their colleagues with respect are not allowed to have the floor.

"We should have a system and a speaker in place to ensure that members do not receive respect from their colleagues until they learn to give it," he said.

He spoke against the toxic language that had characterized so much debate in the last Parliament.

"The speaker should ensure that members follow not just the letter of the rules regarding unparliamentary language but the spirit as well," he said. "Base name-calling and questioning the motives of other honorable members create a toxic environment, which I think is what Canadians feel let down the most about."

The father of four represents the Regina-Qu'Appelle Riding which, he first won from high-profile NDP MP Lorne Nystrom in 2004, but he grew up in Ottawa. His father, Jim Scheer is a permanent deacon at St. Patrick's Basilica and his mother Mary is an active and devout member of the parish. His parents and his wife were in the gallery during the vote.

The luncheon prompted Duceppe to accuse the Conservatives of being influenced by the "fundamentalist religious right," and Martin to describe Opus Dei as "creepy."

The attacks coincided with the release of Marci McDonald's polemical book The Armageddon Factor: The Rise of Christian Nationalism in Canada that asserted fundamentalist Christians held too much sway in the Harper government.

Scheer told CCN in an interview in May 2010 he was disappointed by his colleagues' sentiments. He praised the work people of faith had done for Canada and noted their engagement in public life has never been problematic before.

"The last time it was a crime to be a Catholic was in 1827 in Nova Scotia when they repealed the penal laws," he said. "It is a shame that some people are trying again to make members of certain faith groups disqualified from public life."

The young MP has had plenty of experience in the Speaker's chair, having served as Deputy Speaker in the last Parliament, and Assistant Deputy Speaker from 2006-2008.

But the Speaker's role commands far more responsibility than refereeing the debate on the floor of the House. He must oversee a budget of $441.6 million, the House of Commons staff and the services they provide. In addition, he holds responsibility for the ongoing billion-dollar renovations underway on the Hill.

One of the biggest drawbacks Scheer faced was his age and lack of work experience outside politics, But Scheer met the challenge with humor.

"I have heard some feedback about my age and I know that I am getting quite old now," he said.

He recounted how the current speaker of the House of Commons in the United Kingdom, John Bercow, faced similar questions when he first ran. Scheer told how one MP responded to Bercow's request for support.

"Certainly not, Bercow. You are not just too young; you are far too young-given that, in my judgment, the Speaker ought to be virtually senile."

The Speaker's job comes with a $233,000 annual salary, an historic residence in the Gatineau Hills, a chauffeured car, an apartment inside Centre Block, lots of opportunities for international travel and a sizeable hospitality budget.

As is traditional, Scheer had to feign reluctance as the Prime Minister and Leader of the Opposition dragged him to the chair.

"Your election by secret ballot demonstrates the great confidence that the members of the House have in you, your fairness and, above all, your ability to maintain the dignity and decorum associated with respectful debate," said Prime Minister Harper when congratulating the new Speaker.

Opposition Leader Jack Layton noted that history was made as well in that it was "the first time that a Speaker has been wrestled up the aisle by a New Democrat."

Layton, too, called for more civility in the House.

"When we do not show respect for each other as individuals, then we are not showing respect for the Canadians who sent us here."

The Speaker of the Senate, Noel Kinsella, a Liberal, is also Catholic and a former seminarian at the Irish College in Rome.

This article appeared in The B.C. Catholic, the official newspaper of the Archdiocese of Vancouver and is used with permission.