Feast of the Holy Innocents: Say NO to Legal Abortion. Stop Killing Children!

On this Feast of the Holy Innocents let rededicate ourselves to ending the evil of legalized abortion. Abortion is not health care. It is the barbaric practice of intentionally killing children in the womb which is masquerading as freedom of choice. Some "choices" are always and everywhere wrong. Killing innocent children in the womb is one such "choice". It is evil. 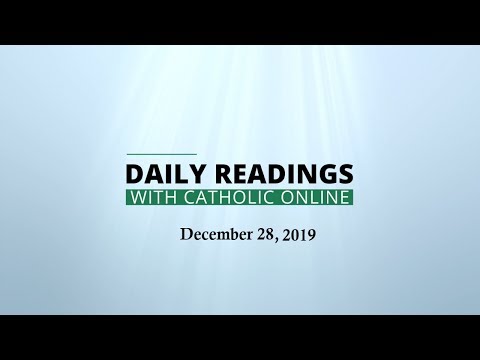 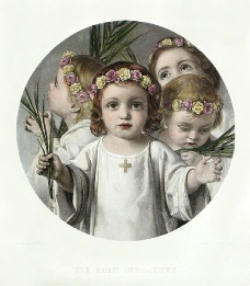 Every child killed by voluntary abortion in our own age is a Holy Innocent. Every politician who supports this killing, implicitly or explicitly, carries on the evil act of Herod.

TYLER, TX. (Catholic Online) - On December 28th in the Octave of Christmas we commemorate the Feast of the Holy Innocents. The readings for the Liturgy remind us of the nature of evil; it has no respect for life. In fact, it hates life!

The first reading is taken from the 1st letter of the beloved disciple John. John reminds us: "This is the message that we have heard from Jesus Christ and proclaim to you: God is light, and in him there is no darkness at all. If we say, "We have fellowship with him," while we continue to walk in darkness, we lie and do not act in truth." (I John 5)

When we read these words how can we not think of those in public office in the United States of America who, though insisting that they are doing good by providing health care for those who cannot afford it, want to use Federal funds to kill the new holy innocents? No matter how many times some elected representatives tried to prevent it, the Obama Administration seemed hell-bent on doing this. Every procured abortion takes an innocent human life.

Fortunately, with the Trump administration, the road ahead looks promising for our civil law once again recognizing the fundamental Right to Life of children in the womb. But, many of these folks who still advocate for taking the lives of children in the womb with tax dollars wish that people like me would just be quiet!

We will not! I have received E mails and letters from those who maintain that my insistence on protecting these children is somehow "narrow minded", or "fundamentalist" or that I am "right wing".

Some accuse me of opposing health care for the poor. Nothing could be further from the truth.

In fact, I have regularly maintained that there are good people on all sides of the discussion as to how the delivery of health services can best be provided. Most agree that we do need real health care reform in the United States. The only question is how best to achieve the goal.

I do not care how many derogatory slurs they throw against me. Killing children in the womb now is as evil as it was in the days of Herod. As for my politics, I am pro-life, pro-poor (does not mean big government), pro-peace (non-interventionist), pro-freedom and pro-family. I reject the labels like liberal, conservative, neo-conservative or any effort to put me in a political box.

I will never support any public policy or legislation which calls the killing of innocent children a choice and protects such an evil act with the Police Power of the State. Jesus Christ was a child in the womb. Every child in the womb is not only a human person but he or she is also our neighbor.It is always and everywhere wrong to kill our innocent neighbors.

Medical science has confirmed what the Natural Law and our conscience long ago told all of us, the child in the womb is one of us. We now routinely operate on her when she needs our help and place her back in her first home until birth. We prosecute a criminal who, in committing a crime against her mother, kills her as well.

The lie of what is wrongly called the "pro-choice" position has been revealed in its wretched ugliness. No-one who continues to profess it is a friend of the poor. The little baby in the womb is, as Mother Teresa so clearly reminded us, the "poorest of the poor". The child has no choice.

Anyone who has followed my writing and my activism over the years knows that I opposed the incursion into Iraq under the last President Bush. I embrace the Just War analysis of the Catholic Church. I have also long opposed capital punishment as no longer necessary nor justified because bloodless means of protecting society are now available and mercy should inform strict justice.

I accepted the encouragement of the Catechism of my Church on this contentious issue offered under the Magisterium of St John Paul II. However, I am cautious that the recent edit of the language by Pope Francis has confused the vital distinction between the fact that procured abortion is intrinsically evil. Capital Punishment is not. It is simply no longer necessary because bloodless means of punishment are available and mercy can trump strict justice.

The continual efforts to label people like me who are simply trying to be consistent in our defense of all human life, from conception to natural death, as narrow minded, or right wing or whatever other epitaph can be thrown against us, calls to mind the old childhood response "sticks and stones may break my bones bit names will never hurt me!"

The Gospel for the Liturgy on the Feast of the Holy Innocents reminds us of how evil can infect those who fail to hear the cry of the poor in government. The example given is Herod, a ruler inebriated with his own power. He ruled unjustly while claiming to be doing exactly the opposite:

"When Herod realized that he had been deceived by the magi, he became furious. He ordered the massacre of all the boys in Bethlehem and its vicinity two years old and under, in accordance with the time he had ascertained from the magi. Then was fulfilled what had been said through Jeremiah the prophet: A voice was heard in Ramah, sobbing and loud lamentation; Rachel weeping for her children, and she would not be consoled, since they were no more"

Rachel still weeps in our day.

The Office of Readings in the Liturgy of the Hours offers the sermon of St Quodvultdeus, a deacon and Church father of the 5th century, entitled "Even before they learn to speak, they proclaim Christ": "A tiny child is born, who is a great king. Wise men are led to him from afar. They come to adore one who lies in a manger and yet reigns in heaven and on earth. When they tell of one who is born a king, Herod is disturbed. To save his kingdom he resolves to kill him, though if he would have faith in the child, he himself would reign in peace in this life and for ever in the life to come.

"Why are you afraid, Herod, when you hear of the birth of a king? He does not come to drive you out, but to conquer the devil. But because you do not understand this you are disturbed and in a rage, and to destroy one child whom you seek, you show your cruelty in the death of so many children.

"You are not restrained by the love of weeping mothers or fathers mourning the deaths of their sons, nor by the cries and sobs of the children. You destroy those who are tiny in body because fear is destroying your heart. You imagine that if you accomplish your desire you can prolong your own life, though you are seeking to kill Life himself.

"Yet your throne is threatened by the source of grace, so small, yet so great, who is lying in the manger. He is using you, all unaware of it, to work out his own purposes freeing souls from captivity to the devil. He has taken up the sons of the enemy into the ranks of God's adopted children.

"The children die for Christ, though they do not know it. The parents mourn for the death of martyrs. The child makes of those as yet unable to speak fit witnesses to himself. See the kind of kingdom that is his, coming as he did in order to be this kind of king. See how the deliverer is already working deliverance, the savior already working salvation.

"But you, Herod, do not know this and are disturbed and furious. While you vent your fury against the child, you are already paying him homage, and do not know it.

"How great a gift of grace is here! To what merits of their own do the children owe this kind of victory? They cannot speak, yet they bear witness to Christ. They cannot use their limbs to engage in battle, yet already they bear off the palm of victory."

Every child killed by voluntary abortion in our own age is a "Holy Innocent". Every politician who supports this killing, implicitly or explicitly, carries on the evil act of Herod.

On this Feast of the Holy Innocents let us rise up with new resolve and demand that abortion is not health care. Rather, it is a barbaric practice masquerading as "freedom" in an age which is quickly losing its soul.

-----
Deacon Keith A. Fournier is the Dean of Catholic Online School and Chaplain of Your Catholic Voice Foundation. He currently serves the Diocese of Tyler, Texas, under Bishop Strickland, as General Legal Counsel, Director of Deacon Formation and Dean of Catholic Identity at the Bishop Gorman Catholic School. He and his wife Laurine have five grown children and seven grandchildren, He is also a human rights lawyer and public policy advocate who served as the first and founding Executive Director of the American Center for Law and Justice in the nineteen nineties. He holds his undergraduate (B.A.) and two Masters Degrees in Sacred Theology (M.T.S and M.Phil.) and is  pursuing a Th.D. in Moral Theology.