Your favorite restaurant isn't coming back - could that be a good thing?

Across the United States, Americans are lamenting the closure of their favorite eateries. And the ones that remain open are short-staffed, making good service difficult. It's hard to find the "silver lining" in this loss, but it's there. 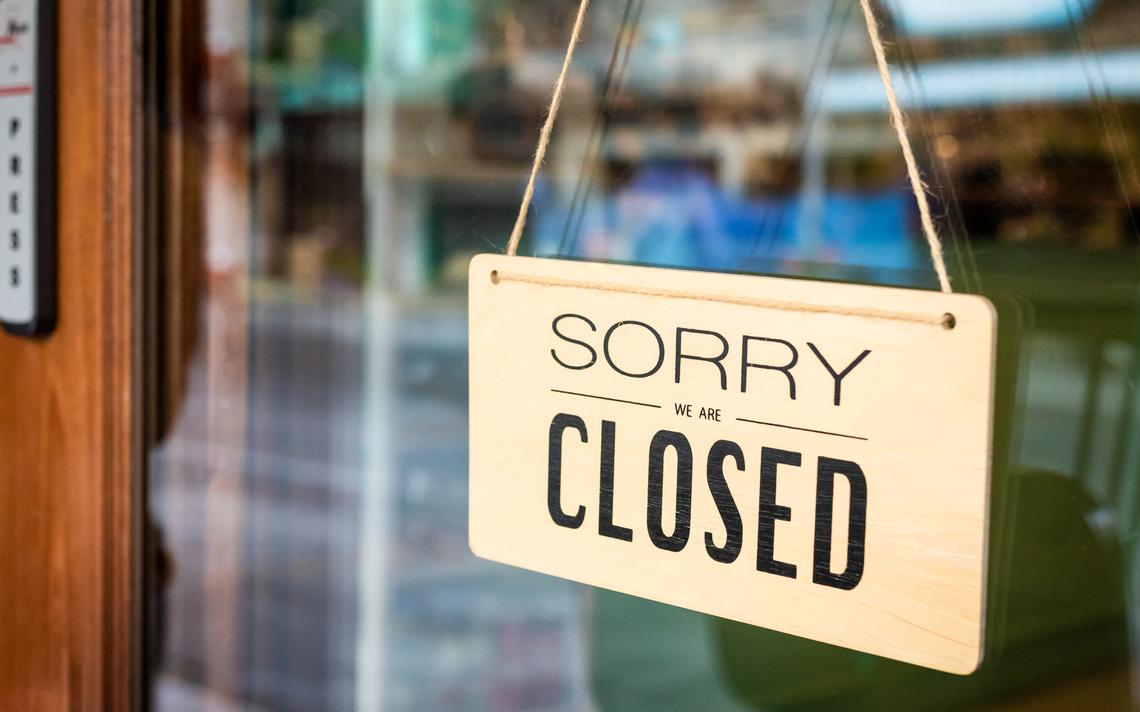 LOS ANGELES, CA (California Network) - Pandemics are major events in history, especially when the disease is lethal. By all historic comparisons, SARS-CoV-2 is mild, but it is still serious enough to leave a major mark on history. It isn't as serious as the Plague of Justinian, the Black Death, or even the Spanish Flu, but it has already changed our future.

Pandemics tend to have a predictable impact on civilizations. The first, and most obvious consequence is death. In the United States, about 700,000 people will be dead by the end of 2021, mostly from COVID. Then, there are related deaths that are incidentally related to the disease, such as those who die from other conditions because COVID impacts interfered in some way. (Think: emergency rooms at capacity, neglected health conditions, suicides, and other situations exacerbated by COVID impacts.) When these additional deaths are added (and they will be difficult to estimate) we could attribute up to a million deaths from the pandemic in the USA alone. Maybe more?

These deaths impact families and workplaces. Families lose members who would otherwise contribute some kind of support, (income, savings, or services such as free childcare for working members), and workplaces lose workers and customers. Wealth gets transferred. Equilibriums are thrown into imbalance, businesses into disarray.

A consequence of this tends to be substantial changes, both political and economic. Economic changes include a premium on workers. After major pandemics, workers become scarce for a variety of reasons. Yes, government checks have an impact, but it's much smaller than most feel. Historically, labor shortages always follow pandemics and workers always strike for better conditions. After the Black Death, these movements were so powerful, they helped to bring an end to serfdom in Western Europe. These changes weren't instant, but developed over many decades. Likewise, some historians argue the Spanish Flu pandemic set conditions for the rise of fascism, but this remains a subject of dispute.

This is bad news for anyone hoping for the swift end of labor issues following the end of the COVID pandemic. The labor issues will remain and ripple for decades to come. And there will be political consequences in the United States. It is much to early to predict precisely what will happen. But in all cases, pandemics force changes in how people are governed. Again, those changes can take decades to develop.

Across thousands of communities, favorite restaurants are in their death throes. Many are already out of business for good. Others remain closed, hoping for a return to better times (something unlikely to be seen in the near-term). Still others are struggling, pleading with workers or even passive-aggressively trying to shame people into returning to work with signs that lament "nobody wants to work anymore." Most restaurants operate on small profit margins, so they are susceptible to economic troubles. "Weak hands" (business models) tend to fold quickly, and even the strong ones struggle.

The workers don't want to work anymore for several reasons. First, they are dead. Especially the older ones and the ones who had underlying conditions. This creates a vacuum in the workforce. Those jobs which pay the most and offer the best conditions take up the pool of eligible workers first. Your favorite server went back to work in an upscale office or works from home.

Restaurant work is extremely stressful and physically demanding. It can pay well, but the hours are tough. When most people are eating, relaxing, and enjoying free time, restaurant workers are breaking themselves to deliver value. (Full disclosure, I am a veteran of the industry and loved it, but it is hard and stressful work that doesn't always pay enough.) Most restaurant workers put up with demanding customers, managers, wildly inconsistent pay (feast or famine) and it's hot, stressful work. A single mistake, a screw up in the kitchen, or a tough or stingy customer can ruin a server's work and depress their tips (timing and attitude are everything, but it can be hard to recover).

Second, many workers don't relish returning to these demanding conditions. Laid off at the start of the pandemic, they've had months to adapt and figure out how to survive without their income. Government checks helped, but those checks were not as generous as others feel, and their recent end isn't likely to force many people back into the workplace soon. Why would it when they've adapted to the new normal? States which cut benefits early have not seen the hoped-for rush to fill jobs, something most economists warned wouldn't happen.

Wage gains for other workers are also covering spouses who aren't going back to the food service industry.

The bottom line is, your favorite restaurant isn't likely to come back. And if they do, they may struggle to stay open to the point the owners close for good.

This sounds like a disaster for many people, and it is, especially for those who are actually working there. But it isn't the end of the world, or the industry. The closure of many places means new ones with better business models can open. Old models of food service will give way to new ones with increased automation, smaller menus, more efficient designs and procedures. Dining out is going to change and many of those changes will be for the better, offering more convenience.

Our waistlines will benefit too. Dining out is a luxury for most people. There are of course those who have less choice, but they are a minority. Most of us choose to dine out because we don't want to cook for ourselves. As a result, we eat fattening foods that taste great, but pack on pounds, spoil our tastebuds, and thin our wallets. Sloth and gluttony have many consequences.

Post-pandemic, we can expect better business models, better working conditions for staff, and more efficient experiences, such as the ability to pay a bill using an app on our phones, or automated elements of service. Establishments are likely to be cleaner too.

One thing you will notice is the prices to dine out will increase, significantly. The average family will no longer be able to afford the experience on a weekly basis. In fact, the average American family dines out 4-5 times per week! That is coming to an end. But the higher prices will facilitate better experiences, better conditions for workers, and more eating healthier meals at home.

While old favorites will go away forever, new tastes and experiences will replace them. And they will bring new joys!

Pandemics bring change. Much of that change is terrible and dramatic. But for those who come after, there can be upsides. We should focus on those too, and rather than complain, we should look forward to the good things we are about to enjoy. Let us be grateful for what we have, and what blessings we are soon to receive.