Pray With Us: For all affected by the tragic building collapse in Miami, FL

Free World Class Education
FREE Catholic Classes
Pope Francis 'offers heartfelt prayer that Almighty God will grant eternal peace to those who have died, comfort to those who mourn their loss, and strength to all those affected by this immense tragedy.'

As more deaths were confirmed over the weekend from a building collapse in South Florida, the local Catholic community is praying and trying to maintain hope amid the search for survivors. 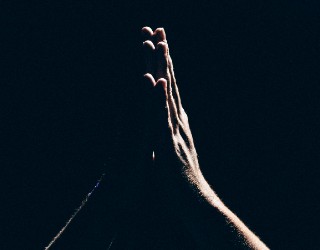 Photo by Amaury Gutierrez on Unsplash

On Sunday, 109 parishes in the Archdiocese of Miami were "all praying for everyone - the victims, the families, the responders, the rescuers," Mary Ross Agosta of the Miami archdiocese told CNA on Monday.

Around 1:30 am local time on Thursday morning in Surfside, Florida, part of the 12-story Champlain Towers condominium complex collapsed. As search and rescue teams continue to look for survivors amid the rubble on Monday, 10 have been confirmed dead and 151 people are still unaccounted for.

In "everybody's recollection, this is the first accidental tragedy of this size," Agosta said.

"The prayers just don't stop, and they can't," she said, noting that local authorities announced the 10th victim of the building collapse on Monday morning.

"As those news come in, the agony starts all over again for everybody. As days go by, you can only pray that as the hope fades, the faith will pick up, and double up, and provide the peace of their hearts," she said.

Among those unaccounted for in the building collapse were several families at nearby St. Joseph's parish, which lies only several blocks away from the Champlain Towers complex.

The pastor at St. Joseph's, Fr. Jose Sosa, told CNA on Monday that his parish is responding to the tragedy with prayer and relief efforts. He noted on Friday that nine parish families were among those unaccounted for in the building collapse.

"The community is bound by a Spirit of prayer," he told CNA on Monday.

"Prayers of support have to be prayers of hope as well. And everyone - no one wants to lose hope, especially from the Christian faith and background," he said.

At St. Joseph's, "the church remains open for anyone - families waiting, families hearing the news, even our firefighters and first responders," Agosta told CNA.

The response of regional faith leaders has been ecumenical, Fr. Sosa said, with pastors and rabbis of Protestant and Orthodox Jewish communities writing to him and offering their support.

Agosta confirmed that ecumenical support. "Miami, and the gift of its diversity, has been amazing. We have several denominations out here," she said, noting that chaplains of various faiths and denominations were assisting families affected by the tragedy, and the community was providing water, food, and comfort.

Israeli rescue teams were also assisting the search and rescue operation, as Surfside is home to a Jewish community, she noted.

At Mass on Sunday, Fr. Sosa said he announced the names of parishioners involved in the tragedy, and set up a book of remembrance. The parish also hosted a prayer vigil on Saturday night.

One of the parishioners at St. Patrick's in Miami Beach - Manuel LaFont - was confirmed dead on Saturday night, according to the Miami Herald. He owned a condominium in the Surfside complex.

Nearby Belen Jesuit Preparatory School in Miami has also been affected by the tragedy, as the school's president reported one alumnus and ten family members of alumni and staff were among those unaccounted for in the building collapse.

"In times of such sadness, we must remain faithful to our heavenly Father and place our trust in Him," stated Fr. Guillermo M. Garcia-TuĂ±Ăłn, SJ, in an email to the school's community. "As a Belen family, we will place all those affected by this tragedy in the hands of Our Lady of Belen."

The school is hosting a rosary for members of the community on Monday, June 28, at 8 p.m. local time.

The Vatican also sent a statement of solidarity on behalf of Pope Francis to the Miami archdiocese, on Saturday.

Pope Francis "offers heartfelt prayer that Almighty God will grant eternal peace to those who have died, comfort to those who mourn their loss, and strength to all those affected by this immense tragedy," the Vatican stated.