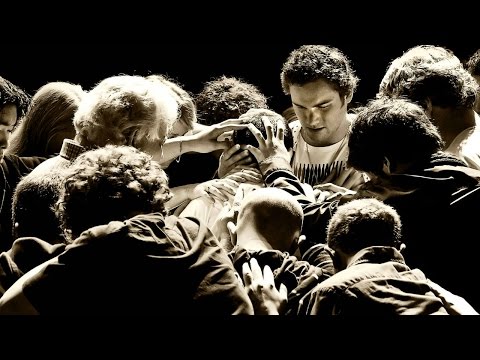 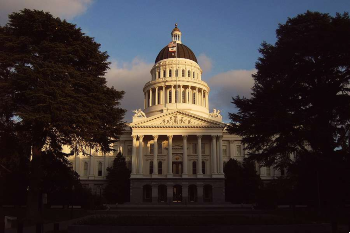 But the Missionary Guadalupanas of the Holy Spirit, the Catholic consecrated women whose legal complaint helped trigger the threat, only want their voice heard and their conscience clear.

"They have a ministry that works closely with the farm worker community and with immigrants. They're wonderful women," Kevin Eckery, a spokesman for the California Catholic Conference, told CNA Feb. 18. "They just didn't understand why their conscience rights were being ignored, so they took action for themselves and others."

The Missionary Guadalupanas of the Holy Spirit are consecrated women who live among the poor and needy in inner city and rural areas and serve them through activities like teaching religion classes and working with destitute Spanish-speaking immigrants.

Their June 26, 2017 complaint with the Department of Health and Human Services' Office of Civil Rights alleged that California's 2014 rules mandating abortion coverage in health plans burdened their conscience rights and compelled them to fund "the practice of abortion on demand for other plan participants," despite their Catholic beliefs that direct abortion is "gravely contrary to the moral law."

Eckery told CNA that the California Catholic Conference saw the new state rules as "overreach" that impinged on the rights of conscience of Californians, especially the Guadalupanas.

"They didn't understand why as Catholic nuns they were being forced to pay for elective abortion coverage and so they sought relief," he said.

The Weldon Amendment, first passed in 2005, bars federal funds to state or local governments if they discriminate against institutional or individual healthcare entities, including health insurance plans, that decline to pay for, provide coverage of, or refer for, abortions.

On Jan. 24, federal officials sided with the Guadalupanas and another complainant, the Skyline Wesleyan Church of La Mesa. The HHS Office of Civil Rights estimated that the state mandate wrongly affected at least 35 employer groups serving over 28,000 enrollees, including 13 groups that met California's definition of "religious employer."

In a document known as a notice of violation, the Office of Civil Rights said that California's Department of Managed Health Care ignored its specific request to confirm or deny whether it would align its practices to the Weldon Amendment, and instead issued a response that "confirms its non-compliance." The office gave California 30 days from Jan. 24 to agree to comply with the law or face limits on federal HHS funds.

The Guadalupanas province, headquartered in Los Angeles, declined to comment to CNA.

Eckert said that the California Catholic Conference is "pleased" that federal action has been taken, but he stressed the need to seek a resolution.

"We're not out to start or continue a culture war. We're just out to make sure that the beliefs of people like the Guadalupanas are respected."

"We're not seeking to cut off federal funds," he said. "All we're seeking is a respectful conversation, but one that is now clearly backed by the government which recognizes that this is a violation of conscience rights."

"We're interested in simply rolling back to the status quo that existed prior to 2014," Eckert said.

In August 2014 California's Department of Managed Health sent a letter to seven insurance companies stating that they are required to include elective abortions in their health plans. A 1975 state health care law, the California constitution, and court precedent, it said, prohibits health plans "from discriminating against women who choose to terminate a pregnancy." The law requires all health plans to "treat maternity services and legal abortion neutrally," the state regulator said.

California officials mandated the coverage after two Catholic universities in autumn 2013 announced that they planned to stop paying for employees' elective abortions and had secured state approval for the new health plans.

Lobbyists from Planned Parenthood wrote to the California Department of Health and Human Services to insist that agency rules be changed to force religious groups to provide coverage for elective abortions, according to emails published in court filings from the Alliance Defending Freedom legal group.

In June 2016, the Obama Administration rejected the California Catholic Conference's federal complaint against the mandate. The HHS Office for Civil Rights said it "found no violation of the Weldon Amendment and is closing this matter without further action."

At that time, leaders with the U.S. Conference of Catholic Bishops said the ruling was "contrary to the plain meaning of the law." They said it was "shocking" that the federal government allowed California to force all employers, including churches, to fund and facilitate elective abortions.

The federal action against California was announced Jan. 24.

Some California officials, like Gov. Gavin Newsom, were defiant in response.

"Despite a federal opinion four years ago confirming California's compliance with the Weldon Amendment, the Trump Administration would rather rile up its base to score cheap political points and risk access to care for millions than do what's right... California will continue to protect a woman's right to choose, and we won't back down from defending reproductive freedom for everybody - full stop."

Eckery, however, rejected partisan political interpretation of objections to the state rule.

"People who want to impose partisan political logic on issues of morality are off-base," Eckery told CNA. "For us, this is not an issue of partisanship. We refuse to engage in partisanship on these matters. Why would one trade the moral teachings of the Church for just becoming another political party?"

"It's unfortunate we live in a time of polarization. If we had a lot more respect and spent a lot more time listening than shouting, we'd all be better off."

In a Jan. 31 statement, the California Catholic Conference said that the Weldon Amendment provision to withhold all federal funding from a state seems "impractical" to most observers and is a reason why the amendment has not been enforced previously.

"Catholic organizations and have been advocating for years for more effective consequences and for a private right of action in such cases," the conference said.