Saint Francis would be ashamed, or angry at this city named for him

Saint Francis lived during the height of feudalism in Europe. He would have seen both lavish wealth and shocking poverty. In fact, he experienced both in his life. But such conditions were normal during his time. Today, there is no excuse. Yet, a city named for him is the living example of striking polarization, with the most destitute people living in the alleys behind billion dollar corporate towers. Saint Francis would be ashamed, or angry at the sight. 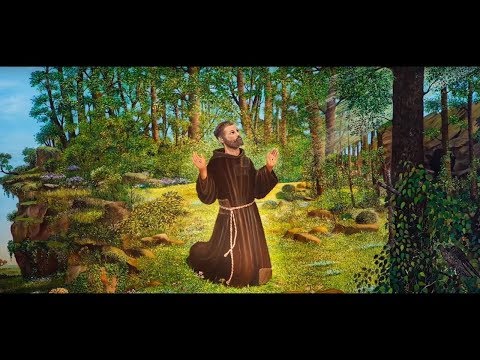 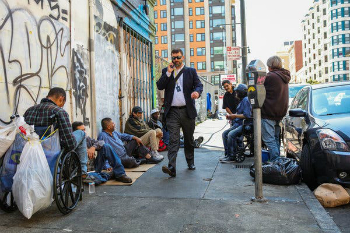 In San Francisco, everywhere there is a stark contrast between the wealthy and the poor.

LOS ANGELES, CA (California Network) - San Francisco is arguably the jewel of the North American west coast. The city commands an incredible bay into which all the world's navies could fit. Stunning vistas appear at the crests of its crowning hills. And from any street, a skyward gaze reveals towers reaching for heaven in the city named for Saint Francis of Assisi.

But a downward gaze reveals a striking contrast. In the shadows of these billion dollar towers live thousands of homeless people with nowhere to go. They create makeshift shelters, sleeping in doorways cocooned against the cold in sleeping bags. The darkened alleys give off the stench of urine and human sweat and feces. And behind the photogenic facade, one has only to peek into a public restroom or gutter to find discarded needles. The stink of marijuana is almost ubiquitous.

Meanwhile, not even the smallest apartment can be rented for a price below a suburban mortgage payment. Most homes are priced well into the millions. The poorest survive in tiny spaces, packed in with roomates. It's a way of life for many urbanites around the world, but in San Francisco, it is the only option for a person whose salary does not reach well into the six-figures.

San Francisco was not always this way, but it has become so since the 1990's, with the influx of big tech companies and the well-paid workers that follow. The city's agreeable climate, panoramic views, and bohemian reputation have made it a destination for eight-hundred thousand permanent residents and millions of visitors.

Saint Francis would be familiar with the contrast. He would be entirely unfazed by the proximity of the super-wealthy next to the absolutely impoverished. He would understand the sight of a Ferrari on the same sidewalk as a shopping cart filled with garbage bags containing rags and empty cans.

We've all heard the excuses. The homeless are so because of the choices they've made. And that's probably true in many cases. Virtually all of the homeless have problems with mental illness and addiction. But these problems can be managed. Homelessness can be solved by providing shelters. And drug abuse can be solved by providing people with treatment and the basics of a decent living. Mental health issues can be tackled with medication and therapy. Ultimately, if San Francisco wanted to solve the problem of homelessness, it could. It would be expensive, but it could be done.

Instead, the city simply enables the problem. Needles are passed out to drug abusers. The city pays professionals massive salaries to wash down the soiled streets. And the police presence is increased to manage the property theft and other violence that arises from these conditions. The underlying causes, from low wages, to astronomical rents, the normalization of drug culture, and turning a blind eye to illicit activity, remain unaddressed.

San Francisco has a homeless rate ten times the national average. Residents say they cannot wear sandals because of all the needles. Pets tread through human feces when being walked, resident complain.

What would Saint Francis do?

Saint Francis was a charitable person. Obeying what he understood to be a command from God, he stole from his father to rebuild a local church that was in disrepair. And he renounced his inheritance when his father became enraged.

In a broad sense, all people are members of the Church. Both the wealthy who occupy the penthouses and the poor who shuffle through the streets, or fall asleep in a stupor. It is meaningless to God that we construct skyscrapers. These modern towers of Babylon, what do they do for us? Do they bring us closer to salvation? Of course not. But care for our brothers and sisters, that brings us closer to Christ than any tower can.

The decision makers in San Francisco would do well to revisit the lessons of Saint Francis, learning about his life and his focus on simplicity and charity. With such a perspective, a moral, compassionate way to solve the city's problems will emerge. It can't fail to emerge!

The problems which beset the city are complex, and cannot be summed in a single piece. And the solutions are certainly complicated as well. It is not enough to say "build shelters and employ the homeless." But on the other hand, it is that simple. A resolution to follow the example of the city's patron saint is a simple step. And as Saint Francis learned, what we sometimes fear is complicated, is actually quite simple when we stop debating and just start doing God's work.