Longstanding court precedent has recognized religious schools' right to pursue their mission in faculty employment decisions, and so the National Labor Relations Board wrongly claimed jurisdiction over Duquesne University, the U.S. Court of Appeals for the District of Columbia has said in a decision vacating the board's recognition of a labor union for adjunct faculty. 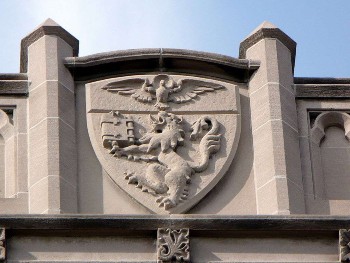 Washington D.C., (CNA) - Longstanding court precedent has recognized religious schools' right to pursue their mission in faculty employment decisions, and so the National Labor Relations Board wrongly claimed jurisdiction over Duquesne University, the U.S. Court of Appeals for the District of Columbia has said in a decision vacating the board's recognition of a labor union for adjunct faculty.

"Just like churches, schools may pursue a religious mission. Indeed, education is at the core of religious activity for many Americans," Judge Thomas Griffith said in the 2-1 decision issued Jan. 28. Court precedent has recognized teachers' "critical and unique role" in "fulfilling the mission of a church-operated school," he said.

"This holds true regardless of whether the teacher provides instruction in religious or secular subjects," Griffith continued. "Given this vital role played by teachers, exercising jurisdiction over disputes involving teachers at any church-operated school presented a 'significant risk that the First Amendment will be infringed'."

He cited the NLRB v. Catholic Bishop of Chicago 1979 Supreme Court decision, which sided with the Catholic schools' refusal to recognize a teachers' union. The Supreme Court held that the labor board lacked jurisdiction over all teachers at church-operated schools.

Similar cases said this reasoning applied to religious colleges and universities, according to Griffith. Various precedents deny the labor board the ability to inquire about the relationship of faculty to religious mission for fear of chilling effect on the free exercise of religion and disrupting a community's ability to define itself.

Duquesne is a Catholic school of about 6,000 undergraduates and 3,000 graduate students. It is the only U.S. based university affiliated with the Congregation of the Holy Spirit.

Adjunct faculty organizing efforts formalized in 2012, when a majority of about 88 adjuncts at Duquesne's McAnulty College and Graduate School of Liberal Arts sought to unionize through the United Steel, Paper and Forestry, Rubber, Manufacturing, Allied-Industrial and Service Workers International Union. At present they teach 44 percent of all credit hours in the university's core curriculum, including math, science, writing, philosophy, theology, and ethics, the Chronicle of Higher Education reports.

Duquesne asked the national labor relations board to vacate the election, but the board's regional officials asserted jurisdiction on the grounds Duquesne did not hold out to the public that its adjunct faculty performed specific religious roles at the school.

In 2018, the university challenged the labor board's ruling in federal court.

"The university is grateful that the court recognized the importance of our religious mission in rendering this significant decision," Welsch said. "The Constitution's First Amendment protection of religious freedom from government intrusion and regulation is one of America's most important rights, and we are pleased that the court upheld the religious rights of Duquesne University of the Holy Spirit."

"The university looks forward to continuing those positive and fruitful relationships in every way," the spokesman said.

United Steelworkers spokeswoman Jess Kamm Broomell said the union is "disappointed with the court's decision and even more concerned that Duquesne's administration would fight this hard to keep their workers from having a voice on the job."

"Unlike other Catholic universities that recognized adjunct faculty unions, the Duquesne administration decided to invoke its status as a religiously affiliated institution in an effort to stop adjuncts from joining together to improve their working conditions and the university community," Kamm Broomell said.

It is unknown whether the national labor board will appeal the ruling, the Pittsburgh Post-Gazette reports.

Catholicism in America has had a long tradition of supporting labor unions. The U.S. Conference of Catholic Bishops issues a statement every Labor Day. The U.S. bishops were critical of a major 2018 Supreme Court ruling striking down mandatory fees paid to public-sector unions undermines workers. They cited Benedict XVI's 2009 encyclical Caritas in veritate, which defends labor unions and objects to limits on their freedom.

In her dissent from the appellate court ruling, Judge Cornelia Pillard argued that the ban on unionization under national labor board rules applies only to full-time faculty, not part-time adjuncts who "often have a very different role."

"It is not at all apparent that temporary, part-time adjuncts whom the school does not even hold out as agents of its religious mission necessarily fall within an exemption from the National Labor Relations Act that was drawn to account for the 'critical and unique role' of faculty in 'fulfilling the mission of a church-operated school'," she said.

Welsch said that in the wake of the court decision, Duquesne president Ken Gormley is "committed to taking a fresh look" at the university's engagement with adjunct faculty.

"The university looks forward to working with our adjuncts, and indeed with all of our faculty and staff, to identify the right solutions for our wonderful community of scholars, teachers, and learners in the context of our unique mission," Welsh said. "Our Catholic and Spiritan mission requires nothing less."

The court also recognized the Catholic identity of the school.

"Duquesne holds itself out as providing a religious educational environment by publicly identifying itself as a Catholic institution guided by Catholic principles, providing regular Catholic religious services on campus, and encouraging students to participate in religious study groups, lectures, and projects," the appellate court's ruling said.

The lack of jurisdiction similarly means the labor board "will not get involved in disputes between churches and their employees for fear of interfering with the churches' religious missions."

The Association of Catholic Colleges and Universities, which filed an amicus brief in support of Duquesne, said the case was about how the government decides to recognize faith-based institutions. The labor board, in the association's view, "chose to limit the designation of 'Catholic' strictly to the work that is done by professors teaching religion or other narrow corners of our institutions to be decided, institution-by-institution, by the NLRB itself."

"No government office should ever have the power to decide, department-by-department, course-by-course, which ones are doing the Church's work and which ones are not," the association said.

Court precedents articulate "the problems that can arise when a government office decides what activity is religious and what is not." While acknowledging that a number of its Catholic campuses welcome labor unions, the association said that "empowering government offices to decide which components of a university are faith-based is simply the wrong way to protect faculty."