Viral posts about human traffickers are spreading fear - should you share them?

If you use social media you may have noticed one or more posts warning about the danger of human traffickers trying to kidnap women. You may have shared these posts with others in an attempt to spread awareness. But is this the right thing to do? Are human traffickers on the prowl? 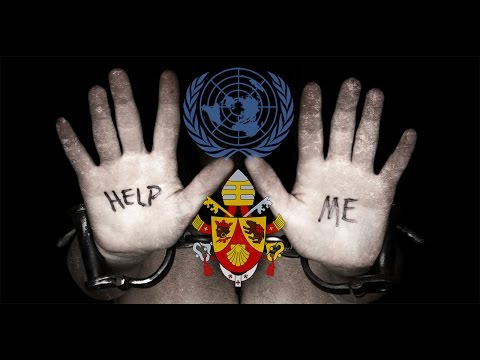 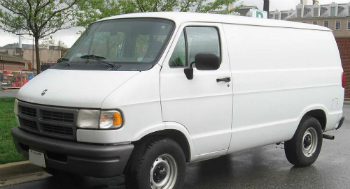 LOS ANGELES, CA (California Network) - Human trafficking is a serious problem around the world, and even here in the United States. Trafficking takes place in virtually every city and town in America. Experts estimate about 50,000 people are trafficked into the United States each year, mostly for sexual exploitation.

Here are some fast facts:

- Human Trafficking always involves forcing someone into exploitation. This can be forced marriage, forced labor, or sex work, or even organ removal.

- There may be as many as 40 million victims of trafficking in the world today. This is more people in slavery than at any time in human history.

- Less than 1 percent of victims are detected and unidentified, meaning the crime is rarely punished.

- Human trafficking is a market worth about $150 billion dollars per year.

- Almost three quarters of victims, about 71% are female. The rest are male.

-  Most human trafficking involves sexual exploitation, but not always. Some victims are forced to perform various kinds of labor including sweatshop work, agricultural labor, housekeeping, or even selling goods roadside, or begging for money.

- Children of the foster care system are among the most vulnerable. Generally, children who are orphaned or who runaway from home are in the greatest danger.

- Most victims are first trafficked as young as 12-14 years of age, and are already the victims of sexual abuse at home.

Learn the truth about human trafficking in this course from Catholic Online School.

Human trafficking is heinous. It is unknown how many victims die as a result of being trafficked, but most probably survive with a diminished quality of life, either being rendered homeless, imprisoned, or trapped in abusive relationships for the rest of their lives. Given the degree of trauma inflicted upon them, few can be expected to lead lives most would consider "normal" or "successful."

It is natural for us to be concerned about human trafficking. We should be alert and aware of the dangers and the possibility of kidnapping and assault, especially when it comes to children. This is the reality of the sordid industry.

Social media posts which warn of human trafficking activity often go viral. The problem is, they are usually fake. One example suggests human traffickers are using white vans to snatch women from public places like shopping mall parking lots. The post admonishes women not to park near white vans. Another post shows a car with its windshield wipers zip-tied together so they will not work in the snow. The idea is, when the victim goes to break the tie in order to drive, kidnappers emerge from hiding to carry them off.

The problem with all these posts and many like it is they are fake. They barely even make logical sense. Forceful kidnappings are rare because they are dangerous for the assailants. Most victims are lured into trafficking, seduced with false promises or drugs, or tricked by people they love and trust. While yes, it does happen, few are ever dragged into it. It's too dangerous for the traffickers and too much work when they can just lure victims instead. This is where we should be on our guard. We should be alert for grooming activity and false promises.

At best, sharing these posts perpetuates a culture of fear, especially for women. They subtly discourage women from doing things on their own and in a stealthy way, blame women for their own vulnerability.

No victim of human trafficking is ever at fault for what happens to them. They're victims.

Generally, it is unwise to share viral posts anyway, or to play viral games. At best they feed your personal information to persistent marketers who will use the data to spam you, or worse, attempt to scam you.

The posts generate fear which results in more calls to police for behavior that some deem suspicious, even through its the product of a misinformed imagination. While vigilance is laudable, false reports to police only put additional strain on burdened systems. Instead of pursuing actual leads, law enforcement is forced to spend some of its resources on quelling public fears and responding to false alarms.

As a rule of thumb, no social media post which admonishes a person to share should be shared. Amber alerts, missing person posts, tips and more should not be shared because they are often outdated, inaccurate, or fake. Posts that say "It takes just two seconds to share!" are obviously preying upon your emotional reaction to remain viral, but they do much more harm than good. Never share anything that tries to guilt you into sharing it. No such posts are beneficial, they're tricks.

Real amber alerts, missing person reports and other such warnings will always come from official sources. The sources will link back to an official website where a person can learn more or make a report. The posts will be dated, and will usually be recent, just hours or days old at most. Official posts can be shared without guilt, but the person hitting the button should do their homework to protect their friends from spammers and scammers.

Spreading fear and misinformation does not diminish the danger of human trafficking. It merely generates worry, false reporting, and crowds out legitimate information.

If we want to stop human trafficking then we need to stop consuming its product. That includes pornography and prostitution, and the products of exploited labor, such as cheap clothing, irresponsibly sourced foods and other items. And we generally need to avoid "under-the-table" labor and sales, especially when the prices are too good to be true.

Now that's something worth sharing.