As a large fire continues to burn in southern California, the Archdiocese of Los Angeles has expanded one of its support funds for the victims of fires in the area. 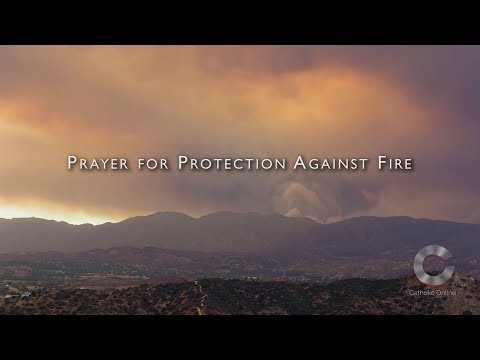 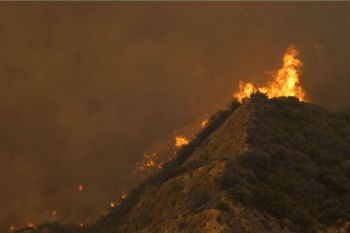 Los Angeles, Calif., (CNA) - As a large fire continues to burn in southern California, the Archdiocese of Los Angeles has expanded one of its support funds for the victims of fires in the area.

The Saddleridge fire, which began about 30 miles from LA, began last Thursday night and quickly forced more than 100,000 people to evacuate their homes.

As of Tuesday morning, the fire was 45% contained, the LA Fire Department said. It has burned more than 8,000 acres, damaging or destroying at least 75 buildings.

In an Oct. 12 press release, the Archdiocese of LA announced the expansion of a special fund set aside for the 2017-2018 Thomas fire, which took two lives and destroyed 1,063 structures. The program offers support through the arhciodese's parishes and schools.

"Those in need of immediate temporary shelter, food or assistance, can contact the pastor of their nearest parish for help."

The Saddleridge fire began in Sylmar, a neighborhood in San Fernando Valley, at around 9 p.m. on Thursday. By 7:30 the next morning, the fire spread over 7.3 square miles, jumping over two expressways: the 210 Freeway and the 5 Freeway.

An estimated 1,000 firefighters have been assigned to help combat the fire.

According to LAFD arson investigators, the fire originated in a 50- by 70-foot area below a high voltage transmission tower. Although the cause of the fire is still being investigated, NBC reported, Southern California Edison electric company said their system was "impacted near the reported time of the fire."

Several other fires are also burning in the region, with at least three total deaths reported so far.

So far in 2019, more than 5,800 fires have been recorded in California, burning some 160,000 acres, according to the U.S. Forest Service. Last year marked the most destructive wildfire season on record in the state, with more than 8,500 fired burning a total of nearly 1.9 million acres.

In the Oct. 12 press release, Archbishop Jose Gomez of Los Angeles encouraged Catholics to pray for those affected by the fire and for the first responders.

"Please join me in praying for our brothers and sisters caught in the Saddleridge fires and fires throughout Southern California," said Gomez.

"We pray for the families who have lost their homes and those who have been evacuated, and all those who are still in danger. We pray especially for firefighters, police and others working to keep people safe and put these fires out. May Our Blessed Mary be close to all of them."