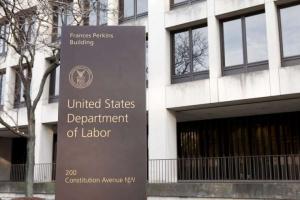 Washington D.C., (CNA) - "Faith-based groups should have the opportunity to compete on a level playing field as they seek to partner with the federal government to provide critical social services," said the heads of three committees for the U.S. bishops.

"These proposed rules protect religious liberty, a core constitutional right, by clarifying existing religious exemptions consistent with federal law and recent Supreme Court precedent. We are grateful to the Administration for taking this step, and we look forward to filing more detailed public comments with [the Office of Federal Contract Compliance Programs]," they said.

The Labor Department announced the proposed rule changes Aug. 15 in the federal register and asked for public comment.

Under existing law, religious nonprofit organizations that enter into contracts with the federal government are exempt from the requirement that federal contractors not discriminate on the basis of religion in employment decisions.

The Labor Department wrote that some organizations, including for-profit companies that have a religious mission, have provided feedback saying they are reluctant to participate as federal contractors because of uncertainty regarding the scope of existing religious exemptions.

In light of recent Supreme Court decisions such as Masterpiece Cakeshop and Trinity Lutheran, the department proposed to clarify that the religious exemption "allows religious contractors not only to prefer in employment individuals who share their religion, but also to condition employment on acceptance of or adherence to religious tenets as understood by the employing contractor."

It is also intended, the department said, to make clear that religious employers can "condition employment on acceptance of or adherence to religious tenets without sanction by the federal government," provided that they do not discriminate based on other protected bases such as race, sex, or national origin. Companies will also still be bound by the state laws of the jurisdictions in which they are located.

Secular groups such as Lambda Legal reacted to the proposed changes with concern, fearing that the rules would allow companies to "opt-out" of civil rights laws and discriminate against religious minorities and the LGBT community.

But Luke Goodrich, vice president and senior counsel of the Becket Fund, told The Washington Post that the new rules give religious groups greater clarity on what exemptions they can legally seek in their hiring practices after the Obama administration expanded protections for sexual orientation and gender identity.

"When a religious group says 'Hey, we need you to be a Christian and adhere to Christian teachings,' federal law has recognized that's not discrimination," he said.