Planned Parenthood will no longer receive Title X funds and has withdrawn from the program entirely. The decision took effect Monday, as the deadline passed for compliance with new program rules. 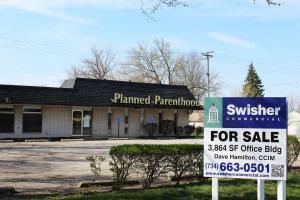 Washington D.C., (CNA) - The organization, the nation's largest chain of abortion providers, confirmed their withdrawal from Title X after a court refused to grant an emergency injunction against the Protect Life Rule, which bars fund recipients from referring women for abortions, prevents participating groups from co-locating with abortion clinics, and requires financial separation of government-funded programs from those that carry out abortions.

August 19 was the last day for the group to file a "good faith" undertaking to comply with the new rule.

The decision means Planned Parenthood will lose about $60 million in federal funding, about one-fifth of total Title X funds, and approximately 15% of its annual federal funding.

The organization's acting president Alexis McGill Johnson said Monday that "The Trump administration has forced Planned Parenthood grantees out of Title X." Johnson had previously called the Protect Life Rule an attempt by the president to "bully us into withholding abortion information from our patients."

Calling the Protect Life Rule a "gag on health care providers," Johnson said in a previous statement, issued last week, that the rule is "a blatant assault on our health and rights, and we will not stand for it."

On Monday, Doreen Denny, Senior Director of Government Relations at Concerned Women for America, said it was "a day of reckoning" for the abortion provider.

"If Planned Parenthood truly cared about promoting health, it would stop peddling abortion and start supporting women. Planned Parenthood's threat to withdraw from the Title X program proves one thing: health care is not their primary business; abortion is," said Denny.

The abortion provider's departure from the program altogether is a change from their initial response to the rule. Previously, the organization had intended to remain in the program, but refuse funding. HHS Deputy Assistant Secretary Diane Foley called this arrangement "inconsistent" in a letter to the organization.

In guidance issued by HHS on Aug. 8, the department responded directly to Planned Parenthood's objections to the rule, noting that the organization operated less than 10% of participating sites nationwide.

"To the extent that Planned Parenthood claims that it must make burdensome changes to comply with the Final Rule, it is actually choosing to place a higher priority on the ability to refer for abortion instead of continuing to receive federal funds to provide a broad range of acceptable and effective family planning methods and services to clients in need of these services."

Despite operating less than 10% of the Title X fund recipient clinics, Planned Parenthood received about 15% of the country's total Title X funds.

The administration previously said in June that it would delay enforcement of the rule, provided that fund recipients submitted a compliance plan and made a "good faith" undertaking to comply with most of the rule's requirements as soon as possible. Facilities are required to end co-location with abortion sites by March 2020.