The Diocese of Memphis is supporting a pastor whose staff denied a job to a black housekeeper on the grounds that his dog was racist. The diocese says the dog had a history of aggression and tended to become agitated around strangers with dark skin. 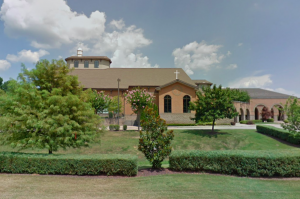 Memphis, Tenn., (CNA) - "Although the parish staff member's choice of words was highly unfortunate and imprecise - they were not motivated by racial animus," said Bishop David Talley of Memphis in an Aug. 16 letter.

"Rather, the concern by all involved was the safety of these women, one of whom was a stranger to the dog, and they knew that attempting to crate the dog would be dangerous when its owner was not present. Their concern was to prevent the cleaning company employees from being injured."

Fr. Jacek Kowal, pastor of the Catholic Church of the Incarnation in Collierville, has been accused of turning away LaShundra Allen as a housekeeper because she was black.

On May 3, Kowal's housekeeper, who is white, arrived at the rectory, announcing that she was quitting her job. She had brought Allen, who is black, with her, and asked if she could train Allen as her replacement.

Staff members at the rectory consulted with Kowal, who was at the church preparing for a May Crowning ceremony and then returned to the rectory.

According to a letter from the women's attorney, they told the two women, "I'm sorry, we are not trying to be rude, but the dog doesn't like black people," the Commercial Appeal reported.

Following the conclusion of diocesan investigation, Talley said he believes Kowal and the parish staff were trying to be cautious, since Kowal's dog â€" a German shepherd named Ceaser â€" was out of his crate and was "very protective of his home."

The priest would have been concerned about the dog being out of his crate around any stranger, Talley said.

"The staff were aware that years ago the dog had been threatened by a person who happened to be African American, causing the dog to be somewhat more agitated initially around strangers with darker skin, until the dog gets to know them," the bishop said. "The replacement employee who was planning to enter the rectory was an African-American person the dog had never met."

In addition, "the parish staff were aware that in 2017 Fr. Kowal had been bitten on the hand by the dog while trying to crate him in an agitated state."

For these reasons, the bishop said he believed "that the claims of racial bias and discrimination are unfounded, and that Fr. Kowal did nothing wrong."

The two housekeepers, however, say the priest made no effort to contact Allen afterward and that no offer was made for Allen to come back on another day when Kowal would be available to introduce her to the dog. They say they will continue pursuing legal action.

The cleaning company that employs the two women has terminated its contract with the church, the Washington Post reports.

In his letter, Bishop Talley emphasized "that all human persons are created in the image of the one God and enjoy an equal dignity. Therefore, all forms of racial discrimination are sinful and wrong."

However, he reiterated, "after our thorough investigation, I find these particular allegations of racial discrimination to be unfounded."