Catholic Relief Services is speaking out against a potential reassignment of U.S. funds that Congress appropriated for foreign assistance programs, which aid agencies say could mean a loss of between $2 billion and $4 billion they would otherwise use for humanitarian efforts. 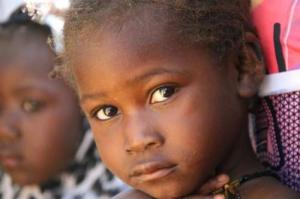 Washington D.C., (CNA) - The Office of Management and Budget requested the temporary hold on the funding last week, asking for an "accounting" of all funding that has not yet been officially designated for specific purposes.

The letter identified 10 areas of aid to which the funding hold would apply, including development assistance, global health, contributions to international organizations, international narcotics control and peacekeeping activities, the New York Times reported.

Though the funding freeze was lifted Aug. 9, aid groups still worry that the administration may send Congress a budget that pulls billions of dollars in foreign assistance, Politico reports.

"Rescinding some of these and other international poverty-reducing funds will limit the United States' ability to support poor and vulnerable communities, respond to global health challenges, address root causes of forced migration, and advance international religious freedom, global security, and peacekeeping."

A cut of $4 billion from the aid budget represents 0.08% of the expected federal budget of $4.5 trillion. Still, CRS says, the funding makes a significant difference to their operations abroad.

"We urge the Administration not to rescind foreign assistance funds. We urge Congress to reject any rescissions that target poverty-reducing and peacebuilding accounts and require the Administration to obligate previously appropriated funds. The conflicts and crises today are dire. U.S. moral and financial leadership is necessary," CRS concluded.