Twenty-two plaintiffs filed a lawsuit Aug. 14 against the Diocese of Buffalo, a province of the Society of Jesus, multiple priests, eight parishes, three high schools, a seminary, among others, alleging "a pattern of racketeering activity" that enabled and covered up clerical sexual abuse. 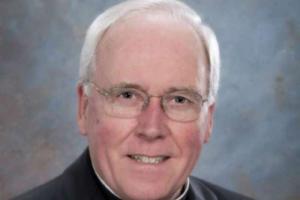 Buffalo, N.Y., (CNA) - The lawsuit was filed on the first day of a legal "window" allowing for sexual abuse lawsuits to be filed in New York even after their civil statute of limitations had expired.

Among the plaintiffs, who are not named, are several alleged victims of clerical sexual abuse. The lawsuit alleges specific instances of sexual abuse by priests, and claims that the diocese failed in its duty of care towards children by allowing abusive priests to have contact with minors through parishes and schools.

The suit says that priests named in the lawsuit, "used their positions of authority and trust over Plaintiff(s) to sexually abuse and injure them."

"All the Defendant(s) knew and/or reasonably should have known, and/or knowingly condoned, and/or covered up, the inappropriate and unlawful criminal conduct activities" of sexually abusing priests, the lawsuit says.

Calling the diocese and affiliated organizations an "association in fact" for the purposes of federal racketeering laws, the suit alleged "common purpose" in "harassing, threatening, extorting, and misleading victims of sexual abuse committed by priests" and of "misleading priests' victims and the media" to prevent reporting or disclosure of sexual misconduct.

The suit claims that the various diocesan persons and agencies are legal "alter egos" for the diocese, completely under diocesan control, and were used to "transfer, assign, commingle and conceal assets" totally $90 million dollars, and that the diocese violated federal racketeering laws by using the internet and mail to "deceive the public about the illicit sexual conduct rampant within the Diocese of Buffalo."

Two of the plaintiffs claim to be whistleblowers against the diocese. Described as former employees or volunteers, the suit alleges that they became aware of "wrongful contact" by some priests in the diocese and were terminated by the diocese after reporting it to Church authorities.

On that front, the diocese is alleged to have engaged in "interstate commerce," and did so "concerning the investigation, slander, blacklisting, of victims and/or employees (whistleblowers) who sought to thwart, hinder or stop the illicit activity carried out by the Diocese of Buffalo, and its employees and priests."

Federal racketeering laws, called RICO statutes, have been used in lawsuits against dioceses previously. In 1993, a New Jersey lawyer won a seven-figure settlement in a RICO-based lawsuit against the Diocese of Camden under the RICO act. Other lawyers followed, and RICO provisions have become used, to varying degrees of success, in lawsuits filed against other dioceses.

A spokesperson for the Diocese of Buffalo told CNA Thursday that "The Diocese has received a document from the media which is filled with procedural deficiencies and irresponsible claims against parties, some unnamed, who have no connection to the Child Victims Act.  If the claim is pursued, the Diocese and all related entities will respond appropriately."

CNA verified that the lawsuit was filed Aug. 14 with the Erie County Clerk of Courts.

In a statement released on Wednesday, the Northeast Province of the Jesuits said that it was "fully cooperating with all civil authorities and legal counsel on all matters regarding allegations of sexual abuse of a minor."

"Any instance of abuse by a religious person is a profound violation of trust that causes pain and damage for the abused and their families, local communities and the Church at large. The Jesuits stand by all victims and encourage them to come forward to report any instance of abuse in their efforts to seek justice and healing."

Legal experts have discussed in the last year, since the sexual abuse scandal stemming from allegations against former cardinal Theodore McCarrick began, whether federal RICO statutes could be used to bring criminal charges against diocesan leaders, or to allege a criminal network of conspiracy involving mutliple dioceses.

Federal prosecutors in Pennsylvania reportedly considered the possibility of bringing a RICO case against dioceses in that state after the publication of the Pennsylvania grand jury report last August, but no such charges have been filed.

Malone has come under fire in the last year, after his former secretary alleged in August 2018 that the bishop had omitted the names of some priests accused of abuse or misconduct from a list the diocese released last March.

The bishop has faced persistent calls for his resignation.

In April, Malone issued a statement defending himself against allegations of mismanagement and cover-ups.

Acknowledging that he had made mistakes, especially with his 2015 support of Fr. Art Smith, a priest who had faced repeated allegations of abuse and misconduct with minors, the bishop offered an apology.

"I personally need to repent and reform, and it is my hope that this diocese can rebuild itself and learn and even grow from the sins of the past. I ask you to pray for me, pray for the Church, and pray for all those who suffered and suffer as a result of abuse as we go forward together to address the worldwide problem of child sexual abuse."

This story was updated after publication with comment from the Diocese of Buffalo.