These are the six US states with one remaining abortion clinic 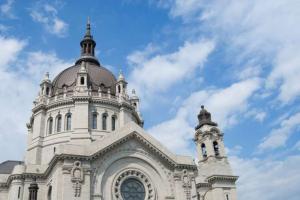 Washington D.C., (CNA) - Despite this, federal judges have blocked several states' most recent efforts to restrict abortion, a number of which were set to go into effect this summer.

Judge Carlton W. Reeves of the Federal District Court in Jackson, Mississippi on May 24 temporarily blocked a Mississippi law that prohibited abortions after a fetal heartbeat can be detected, which would have effectively banned abortions after the sixth week of pregnancy. The law was set to go into effect July 1.

North Dakota's governor signed into law in April a bill that outlaws the common abortion procedure known as "dilation and evacuation," also known as "dismemberment abortion," but the law is not currently being enforced sue to legal challenges.

The state also passed a law requiring physicians to tell women that they may reverse a medication abortion, a requirement which is also facing legal challenges. The state's lone abortion clinic, Red River Women's Clinic, is suing to block the new laws.

In Missouri, an eight-week abortion ban, which Gov. Mike Parson signed in May and was set to take effect Aug. 28, is being challenged in court.

The state's lone abortion clinic, a Planned Parenthood located in St. Louis, failed to meet the state requirements for relicensing, but the Missouri Department of Health and Senior Services is allowing the clinic to continue performing abortions until Oct. 28, when the next hearing to determine the clinic's final status is scheduled.

Federal Judge David J. Hale of the Western District of Kentucky in March blocked a law that would prohibit abortion after the detection of a fetal heartbeat in Kentucky. EMW Women's Surgical Center in Louisville is the last abortion clinic in that state.

Other states' attempts to pass "heartbeat bills" that ban abortion following the detection of a fetal heartbeat have run into similar judicial hurdles. Due to the existing legal precedent of the Supreme Court's 1973 Roe v. Wade decision, which found that a woman has a constitutional right to an abortion, legislation that restricts abortion prior to fetal viability is generally found to be unconstitutional.

District Court Judge Kristine Baker of the Eastern District of Arkansas 6 blocked new abortion regulations Aug. 6 in that state while legal challenges play out in court, saying that women would "suffer irreparable harm" if the laws were to be enforced.

The laws in question would ban abortions in Arkansas after 18 weeks of pregnancy, except in cases of rape, incest, and medical emergency. They would require doctors who perform abortions to be board-certified or eligible in obstetrics and gynecology, and they would prohibit abortions based solely on a Down syndrome diagnosis for the baby,

Arkansas' laws had been set to go into effect July 24. In the meantime, the state only has one surgical abortion clinic - Little Rock Family Planning Services - but Planned Parenthood Little Rock still performs medical abortions.