A federal judge has extended a temporary injunction against three new abortion clinic regulations in Arkansas. 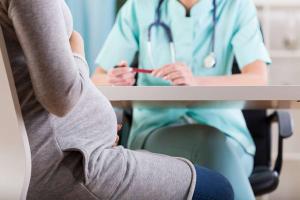 Little Rock, Ark., (CNA) - Saying that women would â€˝suffer irreparable harm" if the laws were to be enforced, District CourJudge Kristine Baker of the Eastern District of Arkansas on August 6 blocked the regulations while legal challenges play out in court.

The laws in question would ban abortions after 18 weeks of pregnancy, except in cases of rape, incest, and medical emergency. They would require doctors who perform abortions to be board-certified or eligible in obstetrics and gynecology, and they would prohibit abortions based solely on a Down syndrome diagnosis for the baby.

The new regulations had been set to go into effect July 24.

On July 23, Baker had issued a 14-day injunction, concluding that the laws â€˝cause ongoing and imminent irreparable harm" to patients. That injunction was set to expire on the night of August 6.

The new injunction means that the laws will not take effect while the legal challenges against it are heard in court.

As a result, the stateâ€ s last surgical abortion clinic will be able to remain open. The clinic, Little Rock Family Planning Services, said that it could have to close if the laws were to be enforced. Only one physician at the facility is OBGYN board certified or eligible, and he only rarely works there.

Arkansas Attorney General Leslie Rutledge says the board certification requirement is in the interest of womenâ€ s health and safety, while critics of the law argue that it is extreme and will limit womenâ€ s access to abortion.

Arkansas currently has a 20-week abortion ban, enacted in 2013, which has yet to be challenged in court.

In February, state Governor Asa Hutchison signed a â€˝trigger law" which would ban most abortions in the event the Supreme Court overturned the 1973 Roe v. Wade court decision that recognized abortion as a constitutional right in the United States. Alabama is one of several states with a trigger law on abortion.