Illinois will provide state funding to abortion clinics and clinics that refer for abortions in the light of new changes to Title X rules, Gov. J.B. Pritzker announced Thursday. 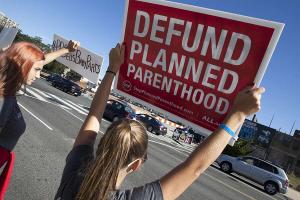 "President Trump's gag rule undermines women's health care and threatens the providers that millions of women and girls rely on, and we will not let that stand in the state of Illinois," said Pritzker in a July 18 statement. The state's Department of Public Health will instead fund the 28 clinics in the state that received Title X funds and also refer for or provide abortions. The clinics were due to receive about $2.4 million in federal funds through the end of September, the current fiscal year.

Planned Parenthood locations in Illinois received 40 percent of the Title X funds distributed in the state, despite only operating 17 of the more than 70 clinics who received funds each year. Approximately 112,000 people in Illinois acquired birth control through Title X.

Planned Parenthood clinics nationwide currently receive about $60 million in federal funds annually from this program, more than 10 percent of the half-billion dollars in total federal funding it receives per year.

Shortly after the Protect Life Rule and Title X changes were announced in February, Planned Parenthood of Illinois announced that they had no plans to comply with the new rules.

"We will not violate our own medical ethics, and because of what the gag rule does, which blocks patients from getting accurate information about their care, we won't accept the money," Julie Lynn, a spokeswoman for Planned Parenthood of Illinois, told the Chicago Tribune at the time.

Lynn stated that Planned Parenthood of Illinois would adjust to ensure that their patients were still able to receive contraception, and forgo Title X funds.

Six days after the Protect Life Rule was finalized, Planned Parenthood of Illinois announced a new initiative, dubbed "Access Birth Control", that would distribute contraception pills or devices, including IUDs, condoms, and Depo-Provera shots, free of charge to eligible persons.

On its website, Planned Parenthood of Illinois said that the program will run through January 2021, the end of President Donald Trump's first presidential term, in apparent expectation of a victory for an opposition candidate more favorable to abortion.

The Department of Health and Human Services informed Title X fund recipients July 15 that they will no longer be permitted to refer mothers for abortion services, and must keep finances separate from facilities that provide abortions.

As of March 2020, abortion facilities will no longer be allowed to co-locate with clinics that receive Title X moneys. Clinics that provide "nondirective counseling" about abortion may still receive funds.