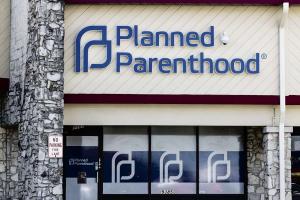 Washington D.C., (CNA) - "We are not going to comply with a regulation that would require health care providers to not give full information to their patients," Jacqueline Ayers, the group's top lobbyist, said Tuesday as reported by ABC News.

The Trump administration announced July 15 that parts of the Protect Life Rule, which prohibits recipients of Title X family planning funds from referring or performing abortions, will go into effect immediately. Clinics that provide "nondirective counseling" about abortion may still receive funds.

Pro-life advocates have praised the regulations as a commonsense way to ensure enforcement of already-existing rules against taxpayer money being used for abortions.

"A strong majority of Americans have consistently voiced their opposition to taxpayer funding of abortion â€" it is even unpopular among Democrats and self-described pro-choice Americans," said Marjorie Dannenfelser, president of the pro-life organization Susan B. Anthony List last week.

The Protect Life Rule will strip about $60 million in federal funding from Planned Parenthood, whose clinics both refer for abortion services and are co-located with abortion facilities. Planned Parenthood presently receives about one-fifth of the total amount of Title X funds distributed and serves about 40 percent of all clients who benefit from Title X.

Title X does not pay for abortions, but recipients have in the past been able to refer patients for abortion.

The Department of Health and Human Services informed Title X fund recipients on July 15 that they will no longer be permitted to refer mothers for abortions, and must keep finances separate from facilities that provide abortions.

Planned Parenthood described the court's decision as "devastating" and "crushing news," though the organization remains eligible to receive $500 million in other federal funding.

As of March next year, abortion facilities will no longer be allowed to co-locate with clinics that receive Title X money.

HHS received $4.1 million in Title X funds in April to disburse to almost 70 service sites, many of which are Planned Parenthood affiliates, The Hill reports.

The rule is being challenged in federal court, but the administration says there is currently no legal obstacle to enforcing it, ABC News reports.

An independent family planning provider in Maine announced that it too would continue to refer for abortions and eschew federal funding.

Planned Parenthood's president Dr. Leana Wen parted ways with the organization earlier this week, saying her employment had been ended due to "philosophical differences" with the board "over the direction and future of Planned Parenthood."

Wen said that she firmly believes Planned Parenthood to be fundamentally about health care, and has spent her eight months as president focusing on patient care and the promotion of reproductive rights as health care.

The board, however, wanted to move in a different direction, emphasizing abortion advocacy as their fundamental mission, she said.