The Diocese of Crookston, Minnesota announced Wednesday that a $5 million settlement has been reached in 15 sexual abuse lawsuits filed against it. The diocese says it will be the only one in Minnesota to avoid filing for bankruptcy protection. Crookston's bishop, however, is still accused personally of covering-up abuse. 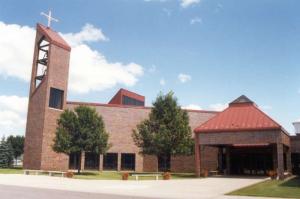 Crookston, Minn., (CNA) - "To all victims and survivors of sexual abuse by clergy, as the Bishop of Crookston I apologize for the harm done to you by those entrusted with your spiritual care. Although you can never be fully compensated for your suffering, we are thankful this litigation has now come to a good end and are hopeful this settlement offers you justice and will be helpful for healing," Crookston's Bishop Michael Hoeppner said in a July 17 statement.

"To you, the faithful of this local Church, I say thank you for your continued prayer: for victims of sexual abuse; for a fair resolve to these cases. Let us all now, humbly, offer prayers of thanksgiving."

The statement said that insurance carriers will cover most of the settlement amount, while the diocese will be responsible for $1,550,000 in payments. The diocese said that money would come from the sale of a camp and a Newman Center, and from estate gifts. Hoeppner said that some funds would also come from diocesan cash reserves. He emphasized that no funds from the annual diocesan appeal would be used.

The settled lawsuits were filed in 2016 and 2017, during a three-year "window" that allowed alleged victims of clerical sexual abuse to file civil suits even after the stateďż˝ s statute of limitations for abuse litigation had expired. The diocese said its settlement agreement had been reached "after years of negotiation and mediation."

"Because of this settlement, the Diocese of Crookston can avoid filing for Chapter 11 bankruptcy protection," Hoeppner said.

"All other dioceses in Minnesota have filed or announced their intent to file for financial reorganization. We will not have to lay off staff. We can joyfully and steadfastly continue our mission of bringing the Good News of Jesus Christ to this time and place. We pledge our continued efforts to rid the Church and world of sexual abuse and provide a safe environment for all."

In addition to funds, the settlement will require the diocese to make public the names and files of priests accused of sexually abusing children, and depositions from clergy sex abuse lawsuits in the diocese will also be made public.

While the settlement resolves abuse litigation against the diocese, it is likely not the end of difficulties for Hoeppner. The bishop has been accused of pressuring a diaconal candidate in the diocese, the father of a diocesan priest, into recanting his own allegation of abuse against a Crookston priest.

Several sources have told CNA that Hoeppner is likely to face a canonical investigation of those charges by Archbishop Bernard Hebda of St. Paul-Minneapolis, through a process devised by Pope Francis in May, which came into effect June 1.

It is expected that the soon-to-be released depositions could factor heavily into any investigation into the allegations against Hoeppner. If the bishop is found to have interfered with a legal or canonical investigation into a claim of sexual abuse, he could be removed from his office in the diocese.