The Diocese of Orange will dedicate its Christ Cathedral July 17 after a seven-year, $77-million renovation process. 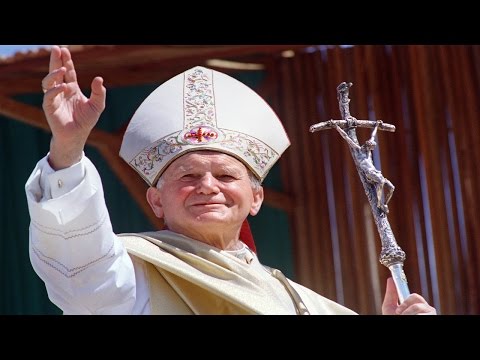 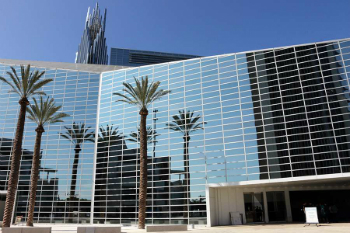 Orange, Calif. (CNA) - "I would pray and hope that it (the Christ Cathedral) will build on the heritage we have and help bring new life and commitment and joy in the age we live and that through here the diocese will have a focal point of unity where God will be known and loved," Bishop Kevin Vann of Orange told CNA.

Christ Cathedral was formerly named the Crystal Cathedral. The property was purchased by the Orange diocese in February 2012 for $57.5 million from the Protestant community which founded it. The building with its campus was sold after the community, founded by Robert Schuller, filed for bankruptcy in October 2010 when some of its creditors sued for payment.

The architectural landmark is made from over 10,000 panes of glass, and its interior had to be renovated to make it suitable for Catholic worship. CNA reported in September 2014 that the cathedral's dedication was scheduled for 2017.

The Christ Cathedral campus consists of seven buildings on 34 acres.

An architect who was in the office of the Crystal Cathedral's original designer told CNA in 2013 that Schuller "wanted a building that was both a building and not a building, so that in a sense he could be in an enclosure, but it would be as if he were out of doors, which is where he began his ministry: so this building was an entire shell of glass."

Under the purchase agreement, the diocese agreed to maintain the exterior of all the buildings, including the then-Crystal Cathedral.

But Tony Jennison, Vice President of Philanthropy for the Diocese of Orange, said the interior of the cathedral is now completely different.

Bishop Vann inherited the renovation of the Crystal Cathedral when he was appointed Bishop of Orange in September 2012.

The bishop remembers the first time he stepped foot inside the church.

"We've actually made a Catholic space out of all this, with a lot of good will, a lot of study, a lot of prayer, a lot of work, a lot of discussions, a lot of meetings."

Weekly meetings, to be exact. And Bishop Vann attended each of them.

"The bottom line was, I have to sign off on all these things," he said. "It's my responsibility before God to make sure we're good stewards of what God has given us for the people of the diocese. So I really had to be vigilant and to really be involved in it."

One of the most noticeable changes is the addition of an altar, crafted from stone and marble Bishop Vann selected in Italy.

Bishop Vann and the architects wanted the altar to be the major focal point of the space. Previously, the focal point was a massive, brown, wooden organ.

"We painted it (the organ) white so it would blend in," Jennison said. "Your attention is drawn to the altar, which as Catholics that's where it's supposed to be."

Underneath the altar is a bronze reliquary, designed by Brother William Woeger of the Archdiocese of Omaha. Bishop Vann will install relics of St. John Paul II and St. Junipero Serra, along with several Mexican, North American, Vietnamese, and Korean martyrs.

The relics will be available for veneration the evening before the cathedral's dedication.

Another noticeable change is the addition of 11,000 "quatrefoils" to the glass panes that make up the walls and ceiling of the cathedral. Each quatrefoil is made of four triangles, situated at various angles to deflect UV rays and heat, help with acoustics, and disperse better the light from outside.

"From the inside, it filters the light. From the outside, it makes the structure look like a box of stars at night," Jennison said.

The quatrefoils are a favorite feature of Christ Cathedral's rector, Fr. Christopher Smith.

The quatrefoils cost the diocese about $6 million to install.

The diocese also permanently sealed two 90-foot glass doors Shuller would open to preach to people outside the church, and installed air conditioning.

Bishop Vann and the architects removed a fountain that ran down the middle of the original space, and installed a baptismal font in a baptistry connected to the main space, and near the campus' nearly 1-acre ecumenical cemetery.

A 24-hour Adoration chapel sits on the opposite side of the baptistry. At the center of the round chapel is a tabernacle designed by the 20th-century German enamelist Egino Weinert and positioned on a pedestal of bronze that depicts images from the Gospels.

The interior of the Christ Cathedral is largely monochromatic, save for two pieces of artwork: a tapestry of the Pantocrator, and a mosaic of Our Lady of Guadalupe. The mosaic includes a crown that is removable for May crowning or other Marian celebrations.

There are also Stations of the Cross, designed by Bolivian-born sculptor Pablo Eduardo. The sculptor is currently working on artistic renditions of the manifestations of Christ's divinity, which will be installed at a later date.

Also in the works is a shrine to Our Lady of La Vang, a Marian devotion from Vietnam. The shrine is located in the campus' two-acre Marian Court, which will also include a rosary arden and space for other Marian shrines.

"It's really a pilgrimage destination for all to come and really worship [sic] her [Mary]," said Michelle Dao, a major gift officer with the Orange Catholic Foundation.

The diocese added festal doors, which will open only on special occasions, including the July 17 dedication of the cathedral. The doors are made of blackened steel, and a bronze band depicting the creation spreads across the middle of the doors.

The narthex also has a bronze bar depicting the end of time, and portraits of saints.

When the property was purchased, a local parish and school, located eight blocks from the campus, were relocated.

"What that meant was that a parish community that had been there for 50 years, that had built the current parish church, was now going to have to leave...and not even have a real church for some years," said Fr. Smith, who has served as pastor of St. Callistus on the Christ Cathedral campus.

The parish gathered for Mass in the Arboretum while the Christ Cathedral was under renovation.

"We'll literally see people from all over the world coming here," he said. "They already do, but they're really going to be coming here when the cathedral opens."

Fr. Smith told CNA he's excited for the dedication of the cathedral, because he'll once again be able to focus on being a pastor.

He said he hopes the cathedral will help unite the diverse diocese.

"We want to build unity," Fr. Smith said. "That's a challenge, but it's also beautiful when that unity takes place."

"Cathedrals traditionally are like the downtown of the community," he said. "Somebody once said Christ Cathedral is like the 'downtown' of the Diocese of Orange."

"So if we can be a place like that, that not only offers worship, but also offers a place where the poor are cared for, where the arts are celebrated, where people are invited to pray together...I hope we can provide all that."

Christ Cathedral will be open to the public every Sunday following the dedication. It will be open daily by early 2020.