The bishops of Connecticut have joined a number of bishops' voices in calling for "a complete overhaul of existing immigration policies" in the face of escalating tensions at the southern border of the United States. 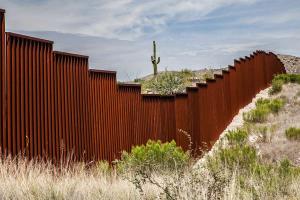 Hartford, Conn., (CNA) - In a July 10 letter released through the Connecticut Cathoic Conference, the bishops expressed their concern over the border crisis, citing the June 23 deaths of "scar Alberto Martinez Ramirez, 25, and his 23-month-old daughter Valeria, who drowned as they tried to cross the Rio Grande from Matamoros.

Martinez and his daughter, as well as his wife, Tania Vanessa Ăvalos, intended to apply for asylum in the US, but the international bridge from Matamoros was closed until June 24, so they chose to swim across the Rio Grande.

The bishops said Martinez and his daughter "were fleeing the dangers of El Salvador for the safety of the United States."

According to the New York Times, the family had left their home in El Salvador for economic reasons, and not to escape gang violence.

"Other immigrants," the bishops commented, "have crossed the border with their lives, but have been captured and are now detained in overcrowded conditions as a result of political gridlock in our nation's capital."

"Those responsible in government need to undertake an examination of conscience as to what they have done and failed to do when it comes to respect for human persons and the enactment of fair and balanced legislation."

The bishops noted that an average of 357 migrants have died annually on the southern border in the last 20 years, according to the U.S. border patrol.

"The governments of other nations also need to be encouraged and aided where necessary to remedy the conditions that force people to flee their homeland," they said.

"We urge everyone to work and pray for a better way forward in addressing this humanitarian crisis," the bishops concluded.

The letter was signed by Archbishop Leonard Blair of Hartford, and his auxiliary, Bishop Juan Miguel Betancourt; Bishop Frank Caggiano of Bridgeport; Bishop Michael Cote of Norwich; and Bishop Paul Chomnycky of the Ukrainian Eparchy of Stamford.

Pope Francis expressed his "immense sadness" June 26 upon seeing the image of the drowned migrants. He has spoken frequently about the need to respect the human dignity of migrants.

"They are persons; these are not mere social or migrant issues!" he said July 8. "ďż˝~This is not just about migrants,' in the twofold sense that migrants are first of all human persons, and that they are the symbol of all those rejected by today's globalized society."

Leaders of the U.S. Conference of Catholic Bishops echoed the pope's grief and said the image of the drowned father and daughter demand action.

"This image cries to heaven for justice. This image silences politics. Who can look on this picture and not see the results of the failures of all of us to find a humane and just solution to the immigration crisis?" said Cardinal Daniel DiNardo of Galveston-Houston and Bishop Joe Vasquez of Austin.

The number of migrants journeying to the U.S.-Mexico border climbed sharply in recent months. A July 2 report by the Inspector General for the Department of Homeland Security found that the number of apprehensions in the Rio Grande Valley Sector alone rose by 124 % in the 2019 fiscal year against the same eight-month period the previous year.

The IG report warned of "dangerous overcrowding and prolonged detention of children and adults in the Rio Grande Valley" and urged DHS to "take immediate steps" to address the problem.

Witnesses testified before Congress this week, speaking of crowded conditions for children and adults in several Immigration and Customs Enforcement facilities in Texas.

Bishop Mark Seitz of El Paso stated June 27 before he crossed the border into the U.S. from Mexico over the Lerdo International Bridge: "A government and society which view fleeing children and families as threats; a government which treats children in U.S. custody worse than animals; a government and society who turn their backs on pregnant mothers, babies and families and make them wait in Ciudad Juarez without a thought to the crushing consequences on this challenged city."

Apprehensions of migrants by authorities on the southern border, especially of migrant families, rose sharply in the past year. According to U.S. Customs and Border Protection, apprehensions of "unaccompanied alien children" has risen by nearly 75% from May 2018 to May 2019. The rise in apprehensions is led by El Paso, which has seen a 323% rise in that period period.

Despite this, Fernando Ceniceros, communications specialist for the Diocese of El Paso, told CNA last week that changes in border patrol policy have likely led to a recent decrease in migrants entering the United States at El Paso, but the humanitarian crisis is no less severe" the difference is that many would-be migrants in need of aid are required to remain in Mexico, rather than crossing the border.

DHS announced new Migrant Protection Protocols in January, providing that migrants arriving illegally or without proper documentation "may be returned to Mexico and wait outside of the U.S. for the duration of their immigration proceedings, where Mexico will provide them with all appropriate humanitarian protections for the duration of their stay."

In a recent development, planned raids to detain and deport thousands of undocumented immigrants will go ahead after a postponement of several weeks, the Trump administration announced this week.