The lay head of the U.S. bishops' Catholic education secretariat has decried the decision of nation's largest teachers union to recognize abortion as a fundamental right. 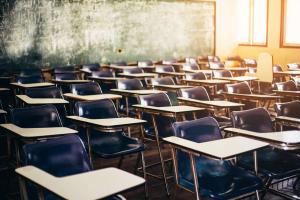 Washington D.C., (CNA) - "It's an appalling development," Mary Pat Donoghue, Executive Director of the Secretariat for Catholic Education at the U.S. Conference of Catholic Bishops, told CNA, Thursday. "Here you have the largest union of educators in the country, basically affirming the destruction of those they claim to serve."

"The NEA vigorously opposes all attacks on the right to choose and stands on the fundamental right to abortion under Roe v. Wade," stated New Business Item 56, adopted by the Representative Assembly at the NEA Annual Meeting in Houston, attended by more than 6,000 delegates representing state and local affiliates, student members, retired members and others.

Composed of around 8,000 delegates in total, the NEA's Representative Assembly calls itself "the largest democratic deliberative assembly in the world, which at the Annual Meeting determines NEA yearly policy priorities and a strategic plan, among other items."

The statement in support of abortion was included in a business item honoring survivors of abuse in the #MeToo movement. The NEA did not respond to repeated requests for comment, but according to the NEA website, the rationale given for the item was that "the most misogynistic forces, under Trump, want to abolish the gains of the women's right movement [sic]."

While the Assembly adopted the abortion resolution, it defeated a business item declaring that the NEA "will re-dedicate itself to the pursuit of increased student learning" by making it the "lens through which we will assess every NEA program and initiative."

"That tells me that the child is not truly the focus of NEA," Donoghue said to CNA, noting that the move to support abortion is a mirror for society, "that we no longer have an understanding of the human person that begins with the Creator."

"When God is separated out from the human person, then this is where these types of ideologies really take root and develop and grow," she said.

However, Donoghue drew a distinction between the NEA's Annual Meeting of several thousand delegates and the millions of public school teachers in the U.S. who were not present at the meeting, and may not be members of the NEA.

"We can't look at this as reflective of the way that the average public school teacher would approach his or her job," she said, noting that many teachers have "the desire to serve and to help and support children."

The NEA Representative Assembly also voted to adopt a business item saying the NEA would "organize and mobilize" in support of the Equality Act as a "top legislative priority."

The Equality Act establishes anti-discrimination protections for sexual orientation and gender identity in areas including education, housing, employment, jury duty, and credit. The 2019 legislation was introduced in Congress as H.R. 5 by Rep. David Cicilline (D-RI) and as S. 788 by Sen. Jeff Merkley (D-OR).

While U.S. bishops supported the goal of ending unjust discrimination against persons, they have signaled their opposition to the bill because it would "impose sweeping regulations" that would promote redefinitions of the human person, using state coercion to threaten freedoms of thought and religion.

Archbishop Joseph Kurtz of Louisville, Bishop James Conley of Lincoln, Nebraska, and Bishop Frank Dewayne of Venice, Florida wrote a letter to U.S. Senators in March outlining the problematic aspects of the legislation.

The bishops pointed out that it would "remove women and girls from protected legal existence," mandate "uniform assent to new beliefs about human identity that are contrary to those held by many," and be exempt from the Religious Freedom Restoration Act, thus bypassing fundamental protections for religious freedom that were enacted by a broad bipartisan majority.