In his opening question for Peter J. Phipps, a judicial nominee for the United States Third Circuit court, Senator Ben Sasse (R-NE) started with what he called "a hard question." 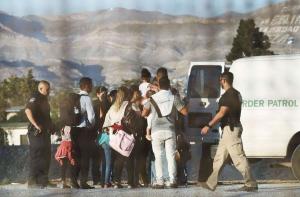 Washington D.C., (CNA) - "Are you now or have you ever been involved in the organization of a fish fry?"

Laughing, Phipps responded that he had been involved in fish fries as a "consumer," one who usually brings a few other consumers with him, he added.

The question was a poke at other members of the Senate Judiciary Committee, who have in recent years grilled potential judges over their membership in the Knights of Columbus, well-known for its fish fries and other philanthropic activities in the Catholic Church.

Phipps confirmed to Sasse that he had also fielded questions about being a member of the Knights during his district court nomination in May 2018.

"Do you know why?" Sasse asked. "Because I'm confused. This is a new tradition around here evidently, trying to figure out if people are members of religious organizations. Do you know what the point of the questions for the record about your membership in the Knights of Columbus was?"

"No sir, I do not," Phipps responded.

It is not the first time a judicial nominee has been questioned by the Senate committee over their membership in the Catholic organization. Brian C. Buescher, a nominee for United States District Court for the District of Nebraska, was questioned in December about whether being a member of the Knights of Columbus would prevent him from hearing cases "fairly and impartially."

In responses to Sasse on Wednesday, June 5, Phipps described the Knights of Columbus as a Catholic charitable organization that was founded not just to encourage community among church goers, but to "ensure that if a father had died, that the Knights would provide for their family."

"So, it's much more the stuff of community service, love of neighbor, fish fries, and pool parties than some kind of Da Vinci Code stuff, I just want to be clear that I understand this scary organization that you're a member of," Sasse added.

"That's exactly right," Phipps said. "It's a charitable organization. It's an organization that has social and recreational activities that many members of my family have really enjoyed and really benefited from."

Sasse then noted some facts about the Knights, "so we have them as shared information for the next time a Catholic nominee comes before us."

Sasse noted that the Knights of Columbus is the largest Catholic fraternal service organization in the world, with more than $185 million dollars and 75,600,000 hours contributed to charities in the United States in the year 2017.

The Knights also have a history of standing against "prejudice and oppression such as the KKK and the Nazi party in Germany."

"And what's happening in this committee is absolutely nuts, that we're asking people why they're members of the largest Catholic fraternal organization in America, and this is becoming common practice on the committee," Sasse said Wednesday.

In January, Sasse put forth a resolution approved by the Senate, which stated that disqualifying a judicial nominee on the basis of their membership in the Knights of Columbus would violate the Constitution, which states that "no religious test shall ever be required as a qualification to any office or public trust under the United States."

"I really hope we reconsider this new tradition on this committee of asking people about their religious commitments," Sasse added on Wednesday. "We should ask them about their oath of office to a Constitution and whether they can do that free from bias."