Analysis: Which state pro-life laws could arrive at the Supreme Court

Earlier this week, the state of Alabama passed legislation to make abortion a felony. The measure is the nation's strongest prohibition on abortion. It directly contradicts Roe v. Wade and is intended as a challenge to the Supreme Court case that established a nationwide "right to abortion" in 1973. 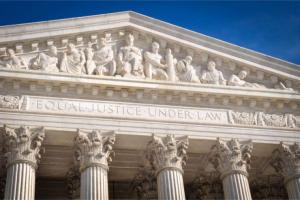 Washington D.C., (CNA) - The Alabama law has generated serious controversy, and the promise of an immediate legal challenge, but it is not the only state legislation taking aim at Roe.

With a Supreme Court considered favorable to the pro-life cause and a total of more than 100 Trump nominees in the federal court system, states have been flooding the books with pro-life legislation, in the hope of winning significant victories nationwide.

Heartbeat bills
Four states '" Georgia, Kentucky, Mississippi, and Ohio '" have so far this year passed laws to ban abortions after the unborn baby's heartbeat can be detected, often around 6 weeks of pregnancy. All four laws are already facing legal challenges.

Nearly a dozen other states legislatures have considered similar legislation this year.

Heartbeat bills are often considered to openly contradict the jurisprudence of Roe v. Wade and subsequent court cases, which established a framework for abortion regulations '" the closer an unborn baby is to viability, the more restrictions on abortion are generally deemed to be constitutional. In the earliest weeks of pregnancy, court precedent says, government cannot limit abortion in a way that places an "undue burden" on women.

Because of this, heartbeat bills have historically fared poorly in the court system. In January, an Iowa judge ruled against the state's heartbeat law, which had passed last year. Similar laws in North Dakota and Arkansas were also struck down in recent years.

However, supporters of heartbeat bills plan to keep passing the legislation in state after state, hoping that it eventually ends up before the Supreme Court. Their wager is that the court, with its current makeup, will take the opportunity to deliver a fatal blow to Roe v. Wade.
Reason restrictions
Another category of legislation seeks to ban abortions performed for specified reasons, such as the sex or race of the baby, or a diagnosis of disability. Kentucky has signed into law one such a bill, which is currently being challenged by the ACLU in court.

While a ruling in favor of these laws would not necessarily eliminate legal abortion, pro-life advocates would view it as a step in the right direction and a powerful recognition of the humanity of the unborn child.
Safety standards for abortion clinics
In 2016, the Supreme Court struck down two key regulations on abortion clinics in Texas - a requirement that abortion doctors must have admitting privileges at a local hospital, and a rule that abortion clinics must meet the standards or ambulatory surgical centers. The vote in that case was 5-3.

Other cases are already in the court system. Next week, a court will hear a challenge to a Virginia law stating that only doctors may perform abortions, rather than nurses or other medical personnel.

One case to watch is June Medical Services v. Gee, which involves a 2014 Louisiana law requiring abortion doctors to have admitting privileges at a local hospital. The legislation closely mirrors the Texas law struck down by the Supreme Court in 2016. A district court initially ruled against the law, but its decision was reversed by the U.S. Court of Appeals' 5th Circuit. The Supreme Court was asked last month to hear an appeal in the case.
Dismemberment bans
Several states have introduced bans on Dilation and Evacuation (D&E) abortions. This abortion method, known by opponents as a "dismemberment abortion," is most commonly performed in the second trimester. North Dakota signed a ban on these abortions into law earlier this year.

One case challenging a Texas ban on D&E abortions is currently before the 5th Circuit Court of Appeals. Its placement in the court system means that it could have a shot at being taken up by the Supreme Court in the coming months.

Other restrictions
There is also a range of other legislation on the books in numerous states that does not ban abortions but enacts various requirements for those seeking them. These include mandatory 24-hour waiting periods before procuring an abortion, ultrasound requirements, and measures requiring parental notification or consent for a minor to obtain an abortion.

Such restrictions could be upheld by the Supreme Court without completely overturning Roe v. Wade. Some pro-life strategists suggest that it more realistic to hope the nation's highest court will affirm numerous pro-life laws in this category, in essence chipping away at Roe rather than reversing it in one fell swoop.

Of course, if Roe v. Wade were overturned, the legality of abortion would not be immediately clear. A broad ruling on Roe could set a new national standard, but simply overturning Roe would send the question back to the individual states. Seven states have passed trigger laws, which would automatically ban abortion if Roe were to be overturned, while New York and Vermont have passed legislation affirming abortion as a "right" even if Roe were to be reversed.

Court cases take time, and it is likely that the question of abortion restrictions will remain prominent well into the 2020 election cycle. With several state laws taking the spotlight, and several others in the works, abortion may end up being a key issue in the upcoming presidential and congressional races.