Fertility rates in the United States have fallen to an all-time low, according to provisional figures released by the Centers for Disease Control's National Center for Health Statistics. 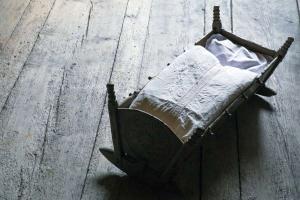 Washington D.C., (CNA) - According to an early statistical release from the NCHS in May, the total fertility rate, or average number of children born per woman, stands at 1.7, the lowest ever and well below the demographic replacement bar of 2.1.

In 2018, less than 3.8 million children born in the country. Since a peak in 2007, birth rates have fallen in all but one of the last 11 years. The results also show a continued trend of lower fertility among younger women over the last decade.

The data comes amid warnings from experts about the economic and social consequences of the continued decline. At the same time, the same experts say that the complicated causes of ever-lower fertility mean there are no clear or easy ways of reversing the trend.

While the statistics underline a stark trend, experts emphasize that there is no single root cause behind the general decline.

In the past, women in their 20s have had the highest birth rate. But since 1968, the average age of a first-time mother has increased by more than five years, from 21.4 to 26.8.

Last year, childbirth rates among women aged 20-24 dropped 4%, and 3% among women aged 25-29. In 2018, women aged 30-34 had a higher birthrate than those aged 25-29 '" marking the first time women in their early thirties were the leading age demographic for the number of children born.

Johnathan V. Last, author of the book "What to Expect When No One is Expecting," points to a complex of social factors which, he says, contribute to the numbers of women having fewer children later in life.

"Many of the reasons people are having children later are good and reasonable. Look at the drop in fertility among 20-24 year-olds: that's in large part down to the number of people now attending college, and people just don't tend to get married and start families while they are in college," Last told CNA.

Last also pointed out that while the broader trends all point in a single direction, individual section of society had outsized influence. "What we are seeing is record fertility lows coming off of what is essentially a drop among a single cohort, which is Hispanic-Americans."

"If you look at the data, among white and African-Americans the fertility rates are broadly constant in their decline. What we are seeing is that Hispanics are arriving in the US with higher fertility rates that are dropping much faster than many expected, even within a generation or two."

Dr. Catherine Pakaluk, Assistant Professor of Social Research and Economic thought at the Catholic University of America, told CNA that changes in the use of contraception could also be a factor.

This, Pakaluk said, could be contributing to the sharp drop in unplanned pregnancies.

"These long-acting contraceptives tend to be much more immune to behavioral screw-ups. Even with the pill people are prone to contracepting badly and have a higher error rate leading to accidental but not necessarily unwelcome births, and these are disappearing."

"It's not a negligible percent, I don't think it is the whole story but I do think it could be enough to be dragging us down to the historic lows we are seeing."

Pakaluk said that while it is difficult to study, a shift in the way women approach pregnancy and contraceptives means that birth rates are increasingly subject to the expectations and experiences of generations raised in smaller families.

"One thing that should give us pause, and which I am really interested in examining more closely, is the effect of being around babies on adolescent wellbeing and mental health," Pakaluk said.

"If you live in a society in which the typical family has three or four children, the older children will be experiencing a young child into their teenage years. But if you move to an average of 1.5-2, no teenagers on average will live with babies '" think what that means for their own likely fertility choices."

Experts have long warned about the wider societal and economic problems associated with declining birth rates, especially below the population replacement rate.

Last told CNA that the wider aspirations of society and politics to sustain and grow social welfare programmes depends on a demographic model opposite to current trends.

"The things we take for granted, let alone the things we aspire to do, in welfare, healthcare and so on, just do not work when you have an inversion of the population growth" Last told CNA.

Pakaluk agreed that there is widespread consensus on the economic and social problems associated with the long-term trend of lower fertility.

"We see immediately that it is not socially optimal from any rational social planning perspective because you know you cannot support the generous social programs that we like to think are good for society," Pakaluk said. "Things like a decent social security system, MediCare, MedicAid, you just cannot sustain them in the long run with a total fertility rate of 1.7."

But if the wider problems associated with dropping fertility rates are well known, both Pakaluk and Last highlight widespread dissatisfaction at the personal level.

"While the wider societal problems are well known," Pakaluk said, "what is fascinating is that is seems that it isn't individually optimal either."

"What we do know, which is not often raised in media coverage, is that over the last several decades every survey in a Western country that asks women to describe their ideal family size '" every single one everywhere '" gives you a number about one child more than women end up having."

Last told CNA that these numbers need to be considered as a factor in the state of our society.

"What we are seeing is the constant 'fertility gap' between people's stated desire to have more than two kids and the reality that they tend to have less," Last said. "For a whole host of reasons, people aren't meeting their own expectations, and that has wider societal impact."

Pakaluk said that the connection between parenthood and individual happiness is well known but rarely considered in relation to the fertility gap.

"I would certainly say that we need to look at [how] we have the lowest birthrates on record and the highest rates of addiction and depression on record. I'm not ready to say that is causal, but I think we need to think about it," Pakaluk said.

"We are living in a fascinating paradox. In the post-feminist age of women's right and control of reproduction they are not getting what it is that they say they want."

If the causes of long-term demographic decline are difficult to untangle, so too are efforts to reverse or mitigate the effects of the trend.

Last noted that the standard response to address the economic problems associated with declining fertility is to rely on immigration to supply the demographic difference. But, he cautioned, this offers an imperfect fix.

"Immigration offers a short-term solution to the problem of funding entitlement programs for governments, but it doesn't solve the long-term problem," Last told CNA.

"In a healthy model you want to see a kind of pyramid shape, with the largest cohort among the youngest people tapering up to the oldest. Relying on adult immigration creates a bulge around the middle, which doesn't address the underlying problem or future effects of low fertility and an ageing population."

Last said that various policy solutions had been tried in different parts of the world, but without significant effects.

"Governments in all different parts of the world have experimented with policies to try to get people to have more children, but there isn't any example which demonstrates real success '" even in Singapore where the government basically offered $20,000 for people to have a kid, that only goes so far," Last said.

"The bottom line is that having a child is a heavy lift, and no policy is going to make up someone's mind to do it."

Pakaluk agreed, pointing out that most models and policies made assumptions about individual behavior which simply could not account for the full human condition.

"Economists like to model fertility choices as the product of a highly rational process," she said. "But in reality, no economist will ever tell you that even their idealized agents are acting subconsciously."

"My read is that if you talk to women in their early 20s, you will get a response that sound very conscious and deliberate. But the choices that 'make sense' to people seem to be highly informed by something in the [cultural] water," said Pakaluk.

According to Last, there is a level or irreducible complexity to changes in the fertility rate, intended or otherwise.

"The causes of lower fertility are incredibly complicated, and there is no obvious or simple mechanism for moving those numbers in the other direction," he said. "It isn't a matter of simply pushing button A and pulling lever X, it's everything."

"Of course," Last noted, " consistently the single greatest tracker of higher fertility is church attendance: across all faith communities, people who regularly show up for religious services have more kids."

"I think a big part of this is looking at your life as part of a linear continuum, understanding your place between what has come before and what will come after helps condition you to understanding the greater good of starting a family and having children," said Last.

"If your worldview is primarily formed around personal fulfillment and self-actualization, where is the incentive to have a family? You might have one child for the experience, but not two or three or four."