Bishops in California announced May 14 a new program to compensate victims of clerical sexual abuse, through which any person sexually abused as a minor by a diocesan priest can apply for compensation'" no matter when the abuse occurred. 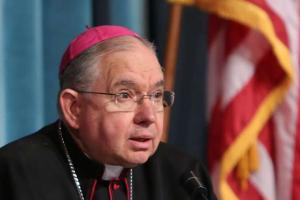 Los Angeles, Calif., (CNA) - "We have been providing pastoral care and financial support for victim-survivors here in the Archdiocese for many years. We will continue to do so," Archbishop Jose Gomez of Los Angeles said in a letter accompanying the announcement.

"But we also understand that some victim-survivors are reluctant to come to the Church for assistance. Our hope with this new program is to give these people a chance to seek redress and healing through an independent program."

The protocol for the program is still in draft form, so victims are not yet able to file claims, but a website dedicated to the program will be launched soon, spokesperson Amy Weiss told CNA.

Survivors can elect to enter this program as an alternative to pursuing their claims against the Church in court, the announcement notes. Victims will have to submit a claim form along with any supporting evidence.

Victims need not have a lawyer and there is no fee to participate; settlements for fully completed claims are to be paid within 90 days.

"Those harmed many years ago and barred from filing lawsuits because of civil statutes of limitations will be eligible to make claims under this new program," the announcement says.

"Also, because this program has no proof-of-citizenship requirement, undocumented immigrants who may have been abused are also eligible to make claims."

The program applies only to diocesan priests. Claims against members of religious orders active in California, or against deacons or laypeople, are not eligible. Victims who have previously entered into a settlement agreement resolving the claim of sexual abuse against a diocesan priest are also not eligible.

The bishops began been working with mediators Kenneth Feinberg and Camille Biros in November 2018 to develop the program. Feinberg and Biros will have full control over the amount of compensation each victim gets and the diocese will not be able to appeal their decision.

Feinberg is an attorney and mediator who led the Sept. 11 victims' fund and was involved in overseeing a compensation program in the wake of the Aurora, Colo. theater shooting in 2012. He and Biros recently led the creation of abuse victims compensation programs in New Jersey, Colorado, and Pennsylvania. They also administer the Archdiocese of New York's Independent Reconciliation and Compensation Program, which began in Oct. 2016.

Former California governor Gray Davis, and Maria Contreras-Sweet, former administrator of the U.S. Small Business Administration, are among the members of the independent oversight board overseeing the fund.

California's diocese have paid out nearly $1.5 billion in settlements to survivors of sexual abuse in the past two decades alone, the announcement says. Safeguards diocese have implemented to protect children have included training on abuse prevention and reporting, and stricter background checks and reporting requirements.

"As a result, new cases of sexual misconduct by priests involving minors are rare today in the Catholic Church in California. Nonetheless, the Bishops undertake this program in their continued efforts to provide avenues for victim-survivors of abuse to receive assistance to continue their healing," the announcement concludes.