A recent study found that the number of abortions procured in Texas decreased 18 percent after the application of a 2013 law regulating abortion clinics. 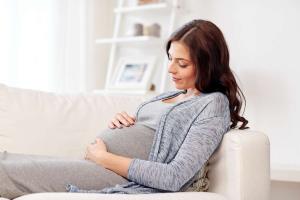 A study published March 13 in Obstetrics & Gynecology found that second-trimester abortions increased by 13 percent while the total number of abortions declined by 18 percent following the implementation of a law regulating abortion clinic safety standards in 2013.

Texas House Bill 2 introduced two key regulations of abortion clinics in Texas: that abortion doctors had to have admitting privileges at a local hospital and that clinics had to meet the standards of ambulatory surgical centers.

HB 2, which was passed in July 2013 and resulted in the closure of about half the state's abortion facilities, was struck down by the Supreme Court 5-3 in June 2016.

The March 13 study, conducted by the Texas Policy Evaluation Project, examined the 12-month period before HB 2 was introduced and passed (November 2011-October 2012) and compared it to the 12 months after the law was implemented (November 2013-October 2014).

The research found there to have been a total of 6,813 second-trimester abortions performed before the law's implementation, and 7,720 after.

Meanwhile, there were 64,902 abortions performed in the first 12-month period studied and only 53,174 in the second period after the implementation of the regulating legislation.

The study's authors concluded that the regulations of HB 2, though overturned in 2016, caused delays in abortion access for Texas women, resulting in more second-trimester abortions, largely because of increased distance from an abortion clinic, and waits of three or more days for the initial state-mandated consultation visit.

The study found women in Texas, on average, waited one week longer for an abortion in the 12-month period after the implementation of HB 2.

The study was published as New York legislators in January passed the Reproductive Health Act, a law allowing abortions "within 24 weeks from the commencement of pregnancy, or (when) there is an absence of fetal viability, or at any time when necessary to protect a patient's life or health."

The state law removes the act of abortion from the criminal code and places it in the public-health code. It strips most safeguards and regulations on abortions and allows non-doctors to perform abortions.