We need to learn from this great missionary. He saw what was good in the culture and baptized what could be redeemed. He respected the civil order, but never compromised the faith. Then, he won the next generation by preaching the Gospel without compromise and letting the Holy Spirit work in and through him.Because of his holy boldness, all of Ireland became Christian! The Gospel took root in the Celtic culture, transforming it from within as leaven in a loaf. Ireland came to be known as the island of saints and scholars. 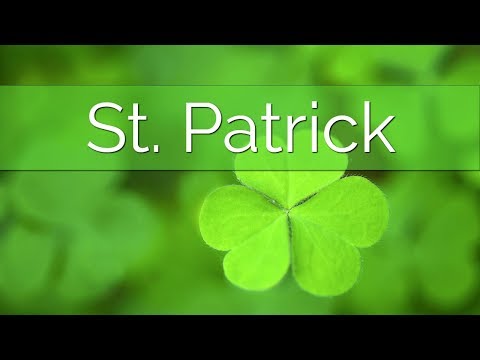 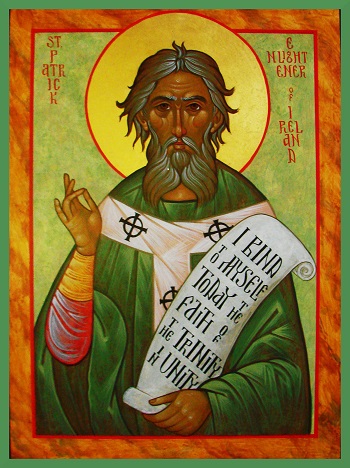 TYLER, TEXAS (Catholic Online) - I am a Catholic Christian who grew up in Boston, Massachusetts, with an Irish lineage. I have always loved St. Patrick's Day. The celebrations and the revelry seemed to provide a break from the intensity of our age and an opportunity to celebrate.

On St. Patrick's Day, everyone is Irish. The celebration is an example of the presence of a Christian memory in the West. But, that very fact is a call to action. As we tumble toward the abyss in what many call a post-Christian culture, the real message of the Apostle to Ireland has almost been lost.

We need to ask, Who is this Saint Named Patrick whose Feast we celebrate during Lent and why does it matter?

Because, just like Patrick, we are called to be missionaries in our own age. Only, the mission field to which we are called is right outside our windows and front doors.

Christians living in the United States of America need to assess our own calling. Let me explain.

When Patrick landed in Ireland in 432, he had been tasked by the Holy Spirit with evangelizing a pagan people. He drew from a deep, living, personal, dynamic faith in Jesus Christ, lived in the heart of the Church.

He understood well the challenge he faced. He had been held captive as a prisoner in that land. He was not afraid because he was filled with the Holy Spirit.

He knew the culture, the Druids who ruled it, and the realities he faced in that hostile culture. He had been kidnapped and held a prisoner in Ireland as a young man, only to be liberated and return to his home.

Yet, in a dream, he heard the voice of the Irish, calling him to return to preach the Gospel of Jesus Christ. Driven by the Holy Spirit, he sought the permission of Church authorities and he set out as a Missionary of Jesus Christ.

He was not going be a victim of the hostility he faced. He responded to his vocation with a passion borne out of his vibrant faith. He knew the Lord Jesus Christ whom he served and was unafraid of the opposition he would face for living as a Christian in such a hostile culture.

Patrick had a deliberate missionary strategy and it bore extraordinary fruit. We need to follow his example as we set about the missionary task entrusted to us in this hour.

We need a new missionary strategy for America.

I reject the use of the term Post-Christian as it relates to the loss of faith in the United States and the West. I prefer the term, Pre-Christian. This is our moment. Whether we are Orthodox, Protestant, Evangelical, Charismatic, Pentecostal, Free Church... or whatever other brand of Christianity we profess in this age of Hyphenated Christianity, we are the missionaries.

Patrick did not fear the Druids who occupied Ireland. They fostered a culture hostile to Christianity. He knew the power of the Holy Spirit and the Word of God. We face our own Druids in the secularist "progressives" of this age. However, we have the same Holy Spirit and Word of God. The only difference is our response to the call.

We have been sent by the Head of the Church, Jesus the Lord, to bring the message of true freedom to this age enslaved by counterfeits. We are not victims in a hostile culture, we are Victors of the Kingdom of God which has broken into human history in and through Jesus Christ. We the freedom fighters of this missionary moment.

The Apostle to Ireland, loved by us all, cries out to every Christian with marching orders. Those orders were not intended to lead only to parades filled with revelers, but rather to inspire missionary brigades of Christians ready to free the captives of this confused culture.

In his confessions, Patrick explained his burden for the Irish people in these words:

... I came to the Irish peoples to preach the Gospel and endure the taunts of unbelievers, putting up with reproaches about my earthly pilgrimage, suffering many persecutions, even bondage, and losing my birthright of freedom for the benefit of others.

...  If I am worthy, I am ready also to give up my life, without hesitation and most willingly, for his name. I want to spend myself in that country, even in death, if the Lord should grant me this favor. I am deeply in his debt, for he gave me the great grace that through me many peoples should be reborn in God...

It is among that people that I want to wait for the promise made by him, who assuredly never tells a lie. He makes this promise in the Gospel: They shall come from the east and west, and sit down with Abraham, Isaac and Jacob. This is our faith: believers are to come from the whole world.

When he entered a district, he would first preach the Gospel to the Chieftains and, following their custom, offer them a gift to honor them.

Only a few were converted, but Patrick knew exactly what he was doing. He would ask for two favors, for a plot of land upon which to build a church and permission to preach the gospel of Jesus Christ - as fully revealed in the Catholic Church - to the people. Both would be granted.

Then he went the sons and daughter of the rulers. He wrote pf the results in his Book, the Confession:

Wherefore, then in Ireland, they who never had the knowledge of God, but until now only worshiped idols and abominations - now there has lately been prepared a people of the Lord, and they are called children of God. The sons and daughters of the Irish chieftains are seen to become monks and virgins of Christ."

We need to learn from this great missionary. He saw what was good in the culture and baptized what could be redeemed. He respected the civil order, but never compromised the faith. Then, he won the next generation by preaching the Gospel without compromise and letting the Holy Spirit work in and through him.

Because of his holy boldness, all of Ireland became Christian! The Gospel took root in the Celtic culture, transforming it from within as leaven in a loaf. Ireland came to be known as the "island of saints and scholars".

The same God Patrick served is pouring out His Spirit today, calling Christians to mission in the Third Christian Millennium. Without apology, I proclaim that the greatest thing which could happen to Western culture is a rebirth of Christianity and Christian influence. The task now falls to those who bear the name Christian.

----
Deacon Keith Fournier is the Editor in Chief of Catholic Online, Dean and Chaplain of Catholic Online School and the Founder and President of the Common Good Foundation. He has been ordained for 24 years and married for 44 years. He and his wife Laurine have raised five children and have seven grandchildren. A constitutional lawyer and theologian, the Deacon has degrees from the Franciscan University of Steubenville, University of Pittsburgh School of Law, the John Paul II Institute and the Catholic University of America.