St. Patrick is our Model for this New Missionary Age

Free World Class Education
FREE Catholic Classes
The same God whom Patrick served is still at work, pouring out His Spirit and calling men and women to be fishers of men in the Third Christian Millennium.

I think I stand with the Apostle to Ireland by rejecting the use of the term, "post-Christian" as it relates to the West of this hour. He did not write with fear concerning the Druids who occupied Ireland - and they had a culture quite hostile to Christianity also! He rose to the challenge with joy, hope and Christian courage! Instead, I choose to call ours a Pre-Christian Culture. Without apology, I proclaim that the greatest thing which could happen to Western culture is a rebirth of Christianity and Christian influence.The task falls to all who bear the name Christian. 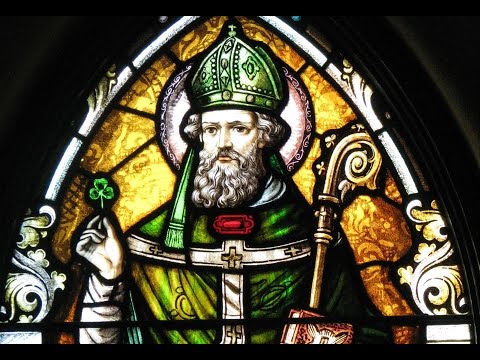 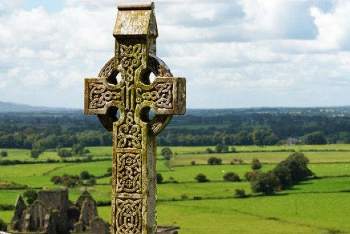 Patrick, the missionary to Ireland and a model to all missionaries. He brought the Gospel to the Irish people in the 4th century AD. Today, Ireland is one of the most faithful nations on Earth.

CHESAPEAKE, VA (Catholic Online) - On St. Patrick's Day, everyone is Irish. The celebration is an example of the presence of a Christian memory in the West. However, as we tumble toward the abyss in what many call a post-Christian culture, the real heritage of the Apostle to Ireland might be lost if we do not stop to consider his message and mission, in light of the state of western culture. .

I think I stand with the Apostle to Ireland by rejecting the use of the term, "post-Christian" as it relates to the West of this hour. He did not write with fear concerning the Druids who occupied Ireland - and they had a culture quite hostile to Christianity also! He rose to the challenge with joy, hope and Christian courage! Instead, I choose to call ours a Pre-Christian Culture. Without apology, I proclaim that the greatest thing which could happen to Western culture is a rebirth of Christianity and Christian influence.The task falls to all who bear the name Christian.

Throughout the pontificate of Saint John Paul II he called for a "New Evangelization "of the whole Church. Pope Emeritus Benedict XVI made this a central pillar of his pontificate. He even erected a Pontifical Council for the New Evangelization tasked with evangelizing countries where the Gospel was announced centuries ago, but where its presence in peoples' daily life seems to be all but lost.

When John Paul visited the Americas he wrote a letter entitled Ecclesia in America in which he wrote: "The New Evangelization calls for a clearly conceived, serious, and well organized effort to evangelize culture." We need to realistically assess the state of our own culture, not so we can bemoan the loss of our moral and Christian foundations, but so that we can rebuild them. Without doing that, the situation will only continue to worsen.

He explained that the mission of the Church extends to every people and every culture, "The Son of God, by taking upon Himself our human nature, became incarnate within a particular people, even though His redemptive death brought redemption to all people, of every culture, race and condition. The gift of His Spirit and His love are meant for each and every people and culture, in order to bring them all into unity after the perfect unity existing in the Triune God." (Pope John Paul II, Ecclesia in America, 70)

The New Evangelization invites each one of us to fully embrace and live our baptismal vocation in our daily lives. It requires an ongoing encounter with the Lord Jesus for this to happen. We cannot simply know about Jesus; we must come to know Jesus. For this to happen, and for this relationship to grow, we need to cultivate a regular prayer life, frequent the Sacraments, prayerfully read Gods Word, study the teaching of the Church and make the faith our own. All of this is not an imposition, it is an invitation into a new way of living (2 Cor. 5:17) and a path to true freedom (John 8:36).

We must freely choose to embrace the Catholic Christian faith as a way of life - and not simply compartmentalize it, restricting it to what we do on Sundays at Mass. We need to choose to live in the heart of the Church for the sake of the world into which we are now sent on mission. Since the Second Vatican Council in the Catholic Church, we have been constantly reminded that the Church is by nature missionary and that every baptized Christian participates in her missionary activity.

The New Evangelization means taking this call to heart and living differently. Only a renewed, and fully alive Church can undertake a new missionary outreach to a contemporary culture in a moral collapse. Only a Church which is fully alive and filled with His Holy Spirit can carry out such an evangelical mission to the culture.

The Lord of the harvest is calling workers into the fields of a contemporary culture ripe and ready for harvest. St. Patrick stands as a model of how we must pursue this mission. Like so many, I will pay my tribute to him this year with a day of celebration, after all, I am Irish! We are all Irish on this great day. But, are we Christian?

We need to ask, "Who is this Saint Named Patrick whose Feast we celebrate during the last week of Lent and why does it matter?" Because, just like Patrick, we are called to be missionaries in our own age. Only, the mission field to which we are called is right outside our windows and front doors.

When Patrick landed in Ireland in 432, he had been tasked by the Holy Spirit with evangelizing a pagan people. He drew from a deep, living, dynamic faith in Jesus Christ, lived in the heart of the Church. He understood well the challenge he faced. He had been held captive as a prisoner in that land. He was not afraid because he was filled with the Holy Spirit.

He knew the culture, the Druids who ruled it, and the realities he faced in that hostile culture. But, more importantly, he knew the Lord Jesus Christ whom he served and was thereby unafraid of the opposition he would face for living as a Christian in such a hostile culture.

When he entered into a district, he would first preach the Gospel to the Chieftains and, following their custom, offer them a gift to honor them. Only a few were converted, but Patrick knew exactly what he was doing. He would ask for two favors, for a plot of land upon which to build a church and permission to preach the gospel of Jesus Christ - as fully revealed in the Catholic Church - to the people. Both would be granted.

Historic accounts revealed that he would then go to the sons and daughter of the rulers. He wrote in his Confession " Wherefore, then in Ireland, they who never had the knowledge of God, but until now only worshiped idols and abominations - now there has lately been prepared a people of the Lord, and they are called children of God. The sons and daughters of the Irish chieftains are seen to become monks and virgins of Christ."

We need to learn a lesson from this great missionary. He saw what was good in the culture and "baptized" what could be redeemed. He respected the civil order, but never compromised the faith. Then, he won the next generation by preaching the Gospel without compromise and letting the Holy Spirit work in and through him.

As a result, all of Ireland became Christian!

From its beautiful shores western civilization, rooted in the Christian faith and the Catholic Church, advanced to change the whole world. The Gospel took root in the Celtic culture, transforming it from within as leaven in a loaf. Ireland came to be known as the "island of saints and scholars". Even now, in the midst of the travail and purification underway in the Church in Patrick's homeland, it can - and it will - rise once again in Christ!

We need to become the Saint Patrick's of our own age. The same God whom Patrick served is still at work, pouring out His Spirit and calling men and women to be fishers of men in the Third Christian Millennium. We should make St Patrick our missionary model and truly honor his contribution.

Deacon Keith Fournier is an ordained minister in the Church, a Catholic Deacon, with an outreach to the broader Christian community. He and his wife Laurine have been married for forty-five years. They have five grown children and seven grandchildren.