Pope Francis' Midday Prayer at St. Matthew's Cathedral brings together Bishops from all over the country

Following the Papal Parade, Pope Francis headed out to St. Matthew's Cathedral. St. Matthew is one of the twelve Apostles and the author of the first Gospel. 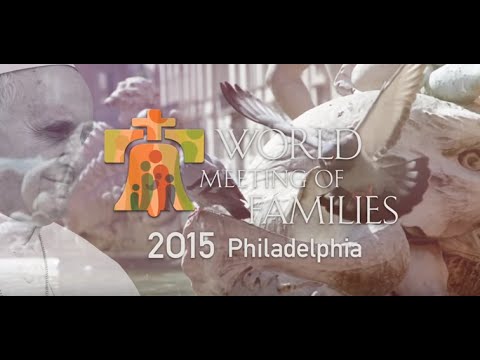 LOS ANGELES, CA (Catholic Online) - St. Matthew holds a special place in Pope Francis' heart. It was on the Feast of St. Matthew, when the Pope was 17, that he heard the Lord calling him.

Pope Francis believes he was called to serve, because the Lord had mercy on him.

Upon entering the Cathedral, Pope Francis was presented with a crucifix. As he made his way further into the Cathedral, he received a bouquet of white flowers for the celebration of the midday prayer.

Before the main prayer with the Bishops, the Holy Father entered the Blessed Sacrament chapel on the side for a few minutes in prayer.

Pope Francis adorned with the Holy Stole, set out to begin the midday prayer and his address to the Bishops.

Pope Francis delivered his homily, based on the theme, "Be Holy, for I am Holy," to the Bishops in Spanish. He began his homily by sending out a greeting to the Hebrew community for the Jewish brothers' sacred Yom Kippur.

"The heart of the Pope expands to include everyone, expanding the heart to bare witness that God is great in his love," stated Pope Francis. "May no member of Christ's body or American people feel excluded from the Pope's embrace. Wherever the name of Jesus is spoken, may the Pope's voice also be heard ... to affirm that He is the savior."

"When a hand reaches out to do good, or to show a brother the love of Christ, to dry a tear, or comfort the lonely, to show the way to one that is lost, or to console a broken heart, help the fallen, or teach those the truth to forgive ... know that the Pope is by your side, the Pope supports you; he also puts his hand on yours, a hand wrinkled with age, but by God's grace is still able to support your courage."

During his address to the Bishops of the United States, Pope Francis touched on the issue of immigration, education and charity.

"I follow closely the immense efforts you have made to welcome and integrate immigrants who continue to look to America like so many others before them," expressed Pope Francis. "These works are often carried out without appreciation or support ... because these initiatives grow out of obedience of the Divine Mandate, which we must not disobey."

"I must tell you, I do not feel a stranger among your midst, I come from a land which is also vast with great open ranges," he stated. "From the very birth of this nation, when following the American Revolution, the church of Rome has always been close to you, you have never lacked its constant attention and encouragement."

"It is not my intention to offer you a plan or devise for you a strategy," Pope Francis continued. "I have not come to judge you or to lecture you. I fully trust the voice of the one who teaches all things. Allow me only in the freedom of love to speak to you as a brother among brothers."

"We are the Bishops of the church, Shepherd appointed by God to feed his flock," expressed Pope Francis. "Our greatest joy is to be Shepherds and only Shepherds. Shepherds with undivided hearts ... we need to preserve this joy and never let others rob us of it."

"The message we preach is meant for us. May the word of God grant meaning and fullness to every aspect of their life. May the closeness of the Shepherd make them long once again for the lord's embrace."

"We need to let the lords word echo constantly in our hearts."

Pope Francis urged the Bishops not to be discouraged when they feel lonely, but to remember they were chosen by the Lord.

"The world is always so torn up and divided, brokenness is found everywhere today," he expressed. "Our mission as bishops is to first and foremost solidify unity."

Pope Francis continued to touch on the migrant crisis and the coming World Meeting of Families.

After his conclusion, individual Bishops were given the chance to greet the Pope and he was presented with the gift of a portrait of Junipero Serra, who he will be canonizing later today.