Pope Francis to declare Fr. Junipero Serra a saint, but is he worthy?

Free World Class Education
FREE Catholic Classes
Spanish missionary has a controversial past, but only in light of modern sensibilities.

Pope Francis will officially recognize Fr. Junipero Serra as a saint today, during his Mass at the National Shrine of the Immaculate Conception. The canonization will add Serra to the list of saints and he will be revered as such within the Church. 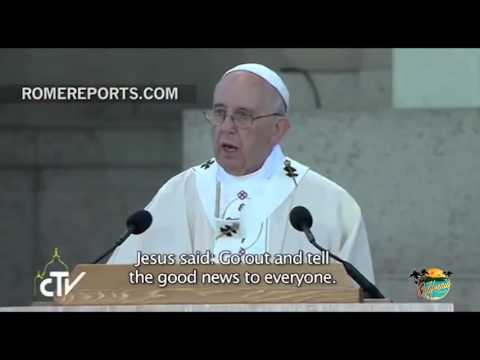 LOS ANGELES, CA (Catholic Online) - Pope Francis will recognize Fr. Junipero Serra, the 18th century Spanish missionary who was largely responsible for the construction of the California missions. Those missions, which still stand today, were used as bases of operation from which Franciscan priests went out and evangelized the Native American population of California. The missions, along with Serra, remain controversial to this day.

Fr. Serra arrived in Mexico from Spain in 1750 and began his work in California in 1769. Traveling just inland along the Pacific coast, Serra established the first of 21 missions as part of a movement to turn California into a proper Spanish colony. To accomplish this, it was necessary that the people who lived there become Catholics.

Farms were established around the missions and these provided welcome reserves of food for Native Americans who would otherwise go without adequate supplies in some years as California's dry climate made survival difficult. To avoid lean times, Native Americans began to relocate, voluntarily, to the missions.

To take advantage of the food and benefits of the mission, it was required that the Native people be baptized, which was easily accomplished. However, there was a catch. Once baptized, these people were compelled to remain at the mission and could only leave with permission. Those who left without permission, or who stayed away too long, would be returned by force.

Soldiers could be dispatched to retrieve missing people, and upon return, floggings were a common punishment.

Such was the impact of secular policy on Church activities.

These established facts have tainted the history of the missions and Fr. Serra himself, who is widely seen as responsible for the missions. Certainly, such treatment would not be condoned by the Church today.

While these blatant abuses did happen, there is no evidence that Serra ordered them or participated in them himself. However, he did regard the Native Americans as children, and thought they should occasionally be treated as such, which could result in corporal punishment. His own writings reveal this attitude. However, treating people like children is not the same as killing them or advocating for their destruction.

In fact, Serra actively campaigned for laws that would protect Native Americans from abuses and murder, particularly at the hands of the military.

Such tragedies were common for the period and the Spanish were no more aggressive than any other European group of the period. The memory of these tragedies persists today, and there are no excuses that can be made for it. Each period in history has its own moral standards. Fr. Serra was a product of his time, just as we are a product of ours.

So why Serra, then?

The Vatican holds Serra in high esteem because of his work to evangelize so many people. There is no evidence that he was responsible for some of the brutal methods used by some priests and the military to coerce Native Americans to assimilate. Many of those recorded incidents occurred after his death in 1784. And Fr. Serra never called for the genocide of the Native people. He was responsible for the displacement of their culture, but his motivation was to propagate the faith, not to destroy anyone.

Serra has long been held in high esteem by the Church because of his missionary zeal. It is only more recently that he has become a controversial historical figure.

Serra is still revered in Hispanic culture and his canonization is an acknowledgement to that group. The Hispanic people, their faith and contributions to western society are inestimable. Many of their very ancestors were converted to Catholicism by Serra and other missionaries like him. For better or worse, the faith of these missionaries is now the faith of these millions of people.

Although the Church is declaring Serra a saint, sainthood is only conferred by God. All people who enter heaven are saints. The Church's role is to recognize those extraordinary individuals who have accomplished this feat, evidenced by how they lived their lives and miracles which have occurred in their name. Undoubtedly there are millions of others who are also saints, despite the lack of recognition.

It is important to understand that you too will someday be a saint, if you live your life in accord with Christ.

It is also important to note that our sins, no matter how grievous, can be pardoned and we can attain salvation, should we make a sincere effort to do so.

So is Serra a saint? The Church believes so, and we are wise to accept the judgment of the Church which conducts a thorough vetting each person before deciding. Nor can we declare Serra to be otherwise, for his place is decided by God, not popular will.

Serra will be a controversial saint for some, but for many others, he will be remembered as a great evangelizer, a man who brought the light of Christendom to millions of people. We should pray that all animosities evaporate in the light of Christ's love for each of us, both sinner and saint alike.