14 years ago today America awoke to the live broadcasting of the horrific attack on New York's Twin Towers of the World Trade Center. Not only did they collapse, but people were seen falling from windows, preferring to jump than succumb to flames or be crushed by steel and stone. Footage of United Airlines Flight #175 hitting the second tower brought the United States to its knees in shock and disbelief. 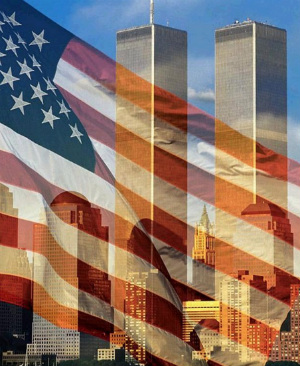 LOS ANGELES, CALIFORNIA (Catholic Online) - Catholic Online has compiled fourteen 9/11 facts in honor of the 14-year anniversary. How many did you know? 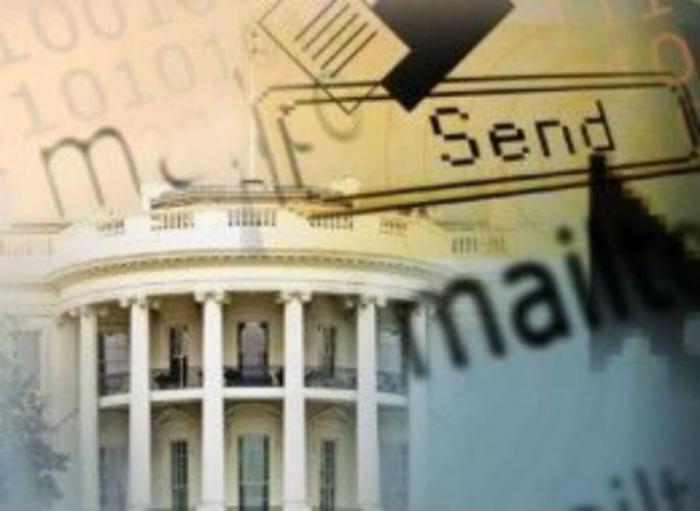 Emails released by the George W. Bush Presidential Library were released to The New York Times after an open-records request on September 10, the day before the 14th anniversary of 9/11.

The emails show what happened at the White House during the 9/11 attack. Ten minutes after the first tower was struck by a plane, an email from Tucker Eskew, director of the White House media affairs office, learned of the incident and emailed three of his colleagues to say "Turn on CNN."

More  information about the released emails can be found at nytimes.com 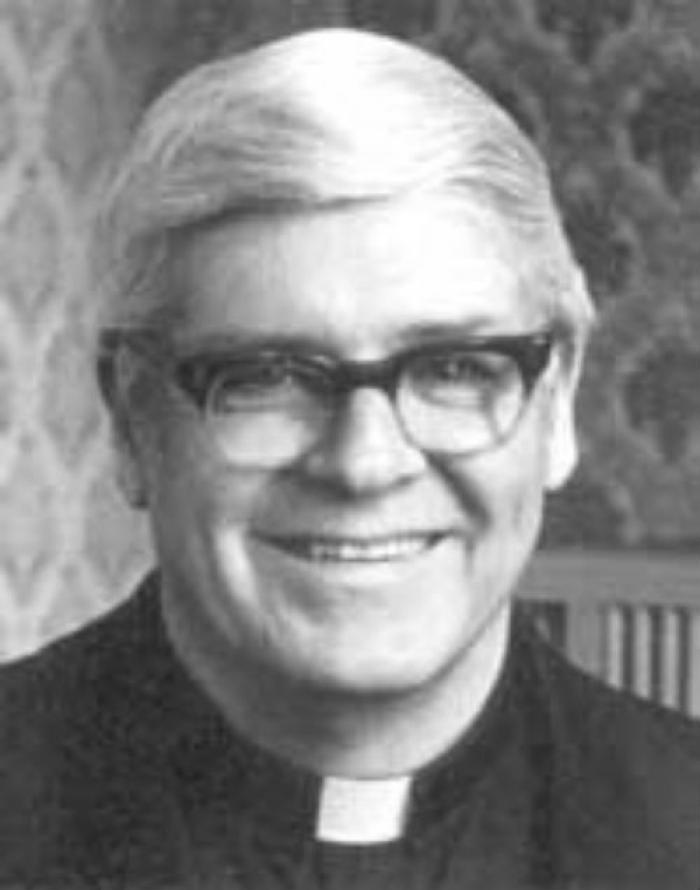 Many people are familiar with Fr. Mychal Judge, who was the first official casualty of the 9/11 attack but few recognize Father Francis Grogan's name.

Father Grogan, C.S.C. was a passenger on United Airlines Flight #175 the day it hit the second tower in New York.

He had just accepted a chaplain position and wanted to visit his sister in California before beginning his new position.

Father Grogan purchased a Delta Airlines flight from Boston on September 11 but a friend offered him a first class ticket for the United Flight.

Because no one knew about the flight change, neither his sister nor the clergy were aware he was part of the World Trade Center attack.

Brother Edward Boyer, CSC, told The Evangelist, "We found out father Frank was on the plane by the end of that day."

Father Grogan was ordained in 1955 and served as a parish priest, a high school religion teacher and was the former director of the Holy Cross Residence in North Dartmouth, Mass. 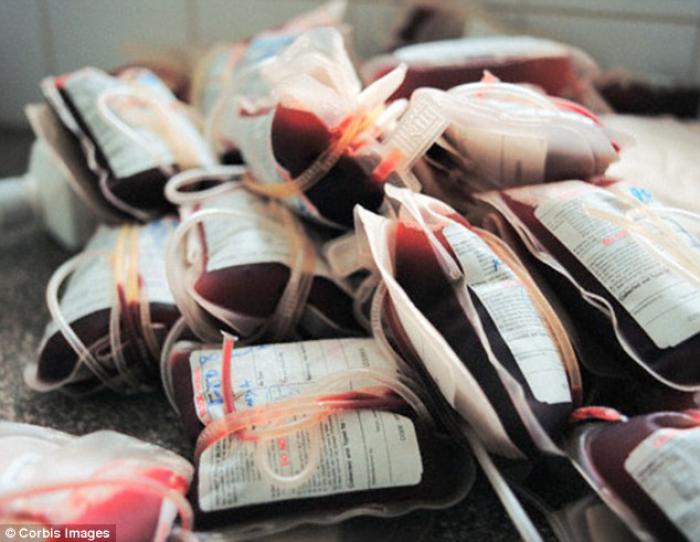 Following the terrorist attack on September 11, the Ahmadiyya Muslim Community was horrified. Their website explains, the terrorist "caused death and destruction on September 11, 2001. But they also hijacked the faith of Islam. By painting a violent, militant picture of the religion, terrorist extremists have created suspicion of all Muslims. But the truth is that terrorists do not represent Islam or Muslims."

Since the attack, the Ahmadiyya Muslim Community (AMC) was inspired to raise awareness and promote the Muslim belief that life is sacred.

In 2011 AMC USA launched its first Muslims for Life Campaign. The goal was to collect 10,000 units of blood in September to honor victims of 9/11. The nationwide effort resulted in 11,803 pints of blood, enough to save over 43,000 lives. 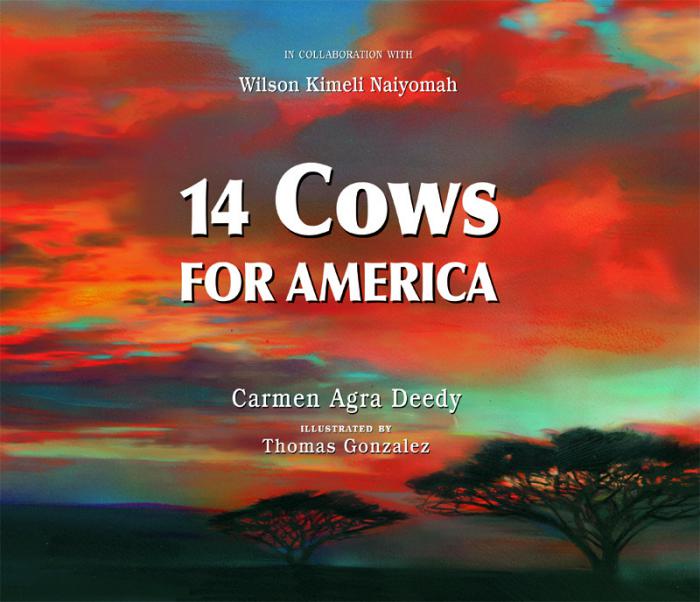 When he returned to his remote village in Western Kenya, he told his people what had occurred and that it "burned a hole in his heart."

The village responded by offering America a herd of fourteen cows, which is the most precious gift a Massai can give because to them, a cow is the equivalent of life. Cows are used for everything from dowries to gifts.

There was a special ceremony where U.S. ambassador Michael Ranneberger was welcomed to Enoosaen village. He stood in front of a poster of the United States flag, the Twin Towers and two cows before saying:

"Of all the acts of solidarity and goodwill, the one that profoundly struck the heart-strings of the American people like no other was the generosity of the Maasai elders."

Kimeli and The Maasai inspired the creation of the book 14 Cows for America. Profits from the book were donated to help AIDS orphans and destitute women and children in Amagoro, Kenya.

The New York Times reports the company that owned the World Trade Center had planned a meeting on the 88th floor of one of the towers to discuss options for possible terrorist attacks. When it was discovered one participant was unable to attend, the meeting, which was to have taken place the morning of 9/11, was canceled.

6. First firefighter casualty was hit by a jumper 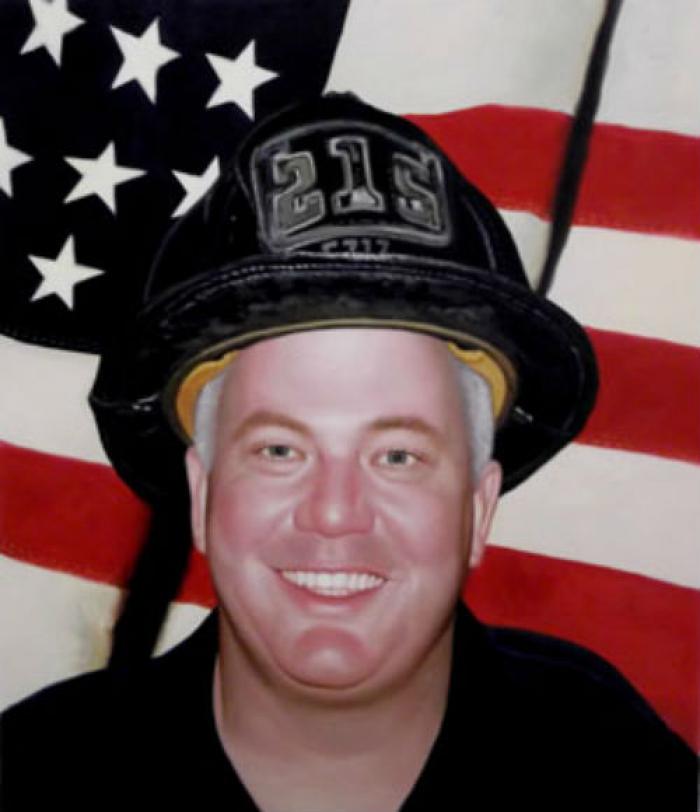 Firefighter Daniel Suhr was hit by a woman who fell from one of the destroyed towers. When medics arrived they were unable to detect vital signs and noted he had "catastrophic injuries."

They worked on him anyway, using resuscitation efforts while two firefighters rode with him in the ambulance.

Unfortunately, all efforts to resuscitate Daniel Suhr were in vain. 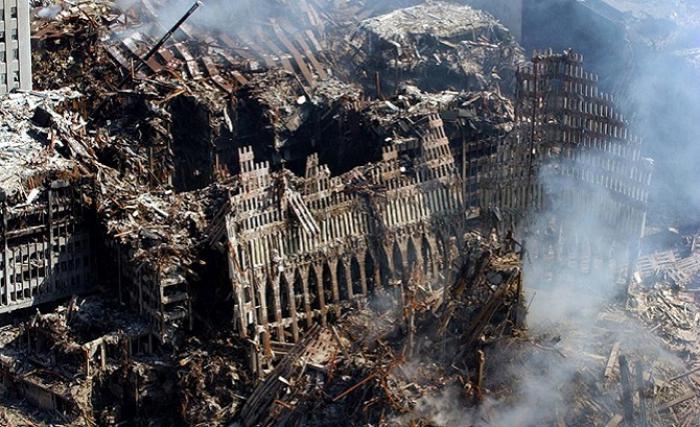 When asked about World Trade Building 7, most people will stare at you with a blank look on their faces.

The building was destroyed shortly following the destruction of the Twin Towers but was it
destroyed intentionally?

The collapse of World Trade Building 7 has been a subject of debate since the 9/11 terrorist attack but in November 2011, it was announced that Building 7 collapsed due to the intense heat from the World Trade Center.

Building 7's destruction was not the result of al-Qaeda members or any other terrorist organization. 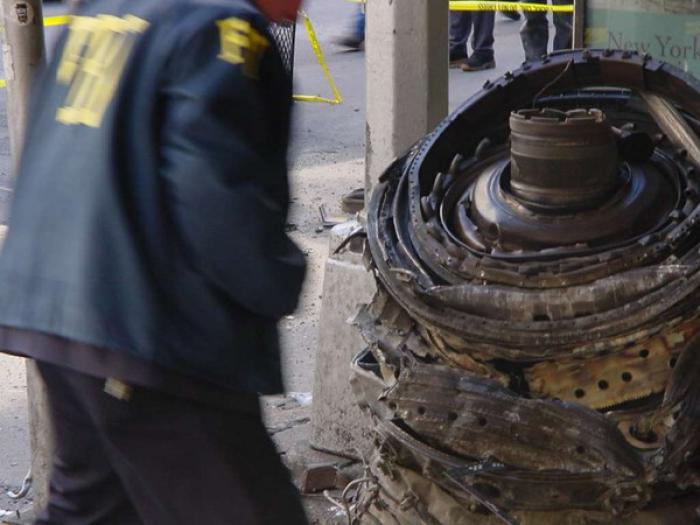 According to the Federal Emergency Management Agency (FEMA), an engine from one of the planes that hit the World Trade Center's Twin Towers somehow managed to survive the plane crash, explosions and the collapse of the buildings.

The engine was discovered a few blocks away from the towers wedged between two builds at 51 Park Place and 50 Murray Street in downtown Manhattan.

9. 9/11 was not the first terrorist attack on the World Trade Center 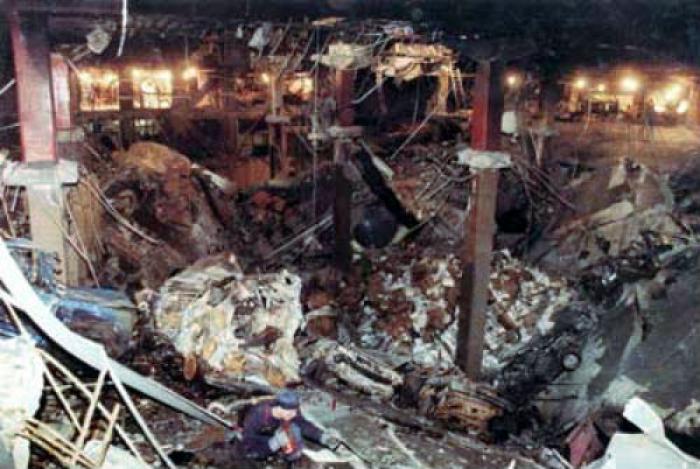 In 1993, the World Trade Center was bombed, killing six and injuring over 1,000 people.

CNN reports the explosion created a hole 200x100 feet and was several stories deep. The bomb was 1,200 pounds and was in a Ryder truck parked in the World Trade Center's parking garage, located beneath the building.

Six suspects were convicted but the seventh suspect, Abdul Rahman Yasin was never caught and remains at large. 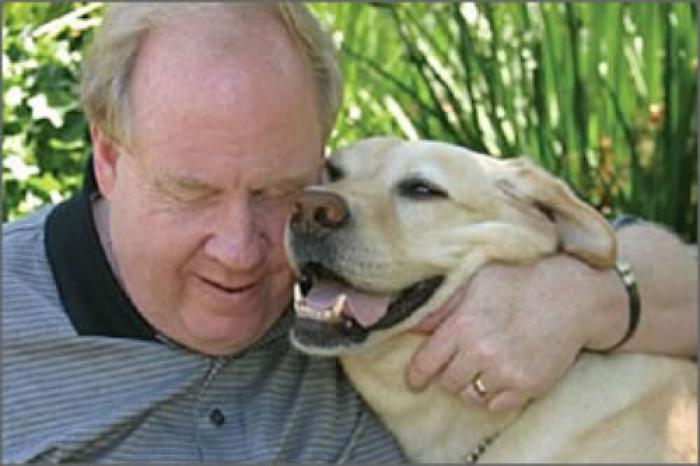 Michael Hingson's seeing eye dog Roselle was asleep under his desk on the 78th floor of Tower 1 of the World Trade center. When the plane hit roughly 15 floors above them, she woke and calmly led Hingson and thirty other people through smoke and mass confusion.

She even stopped to greet firefighters on the staircase as she led the group to safety outside the tower.

Hingson said, "While everyone ran in panic, Roselle remained totally focused on her job, while debris fell around us and even hit us, Roselle stayed calm."

After calmly exiting the building, Roselle guided Hingson to a subway station and helped a woman who had been blinded by debris. After assisting her, she took Hingson home and played as if nothing significant happened that day. 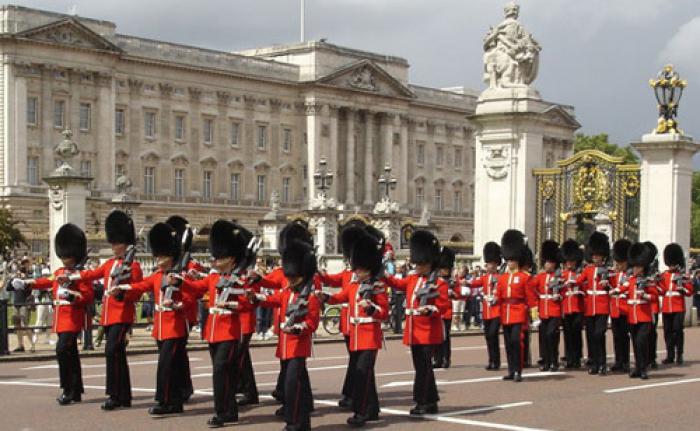 The Huffington Post reported hundreds in the crowd singing along before a hush fell over the crowd to observe a two-minute silence.

American Jenny Lee told The Telegraph, "I was really touched that the Queen has done this. Even though I'm so many miles from home, I feel that Britain is really with us on this one." 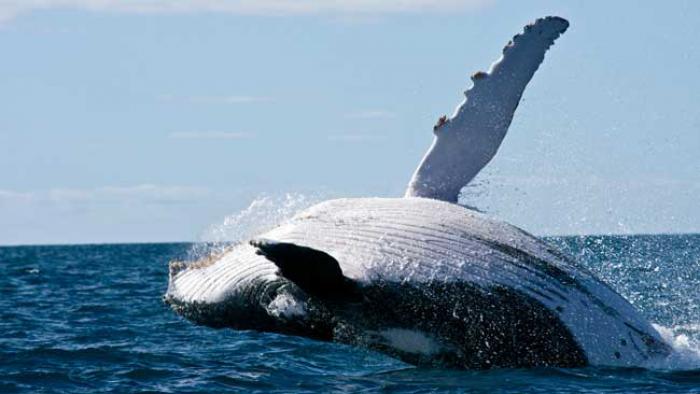 After the terrorist attack, marine traffic came to a standstill and researchers discovered a drop in whales' stress levels.

"To our knowledge, there were no other factors affecting the population that could explain this difference besides the decrease in ship traffic," the study said in the Proceedings of the Royal Society B.

Though 9/11 was a terrible event, scientists were given an opportunity to discover whales are more stressed when they hear ship engines.

13. Employees were told not to leave the towers 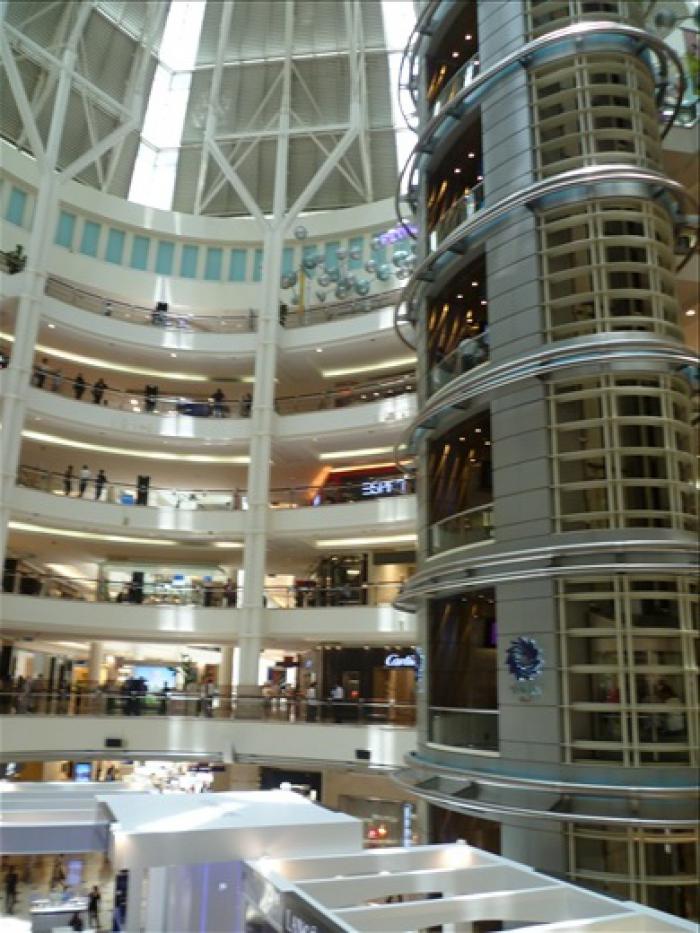 Inside one of the Twin Towers.

In 2001, New York City fire evacuation procedures stated mandatory evacuations were for floors immediately surrounding a fire. Two employees said they were told to remain in the building after the plane hit Building 1.

Since then, new evacuation procedures have been established. 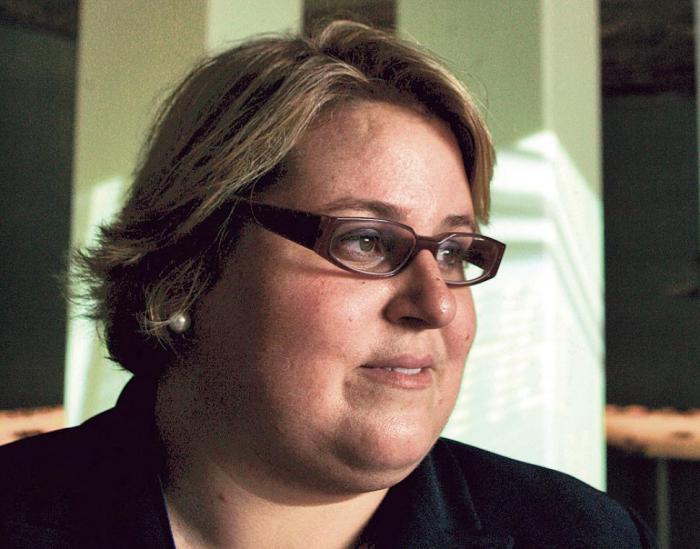 Tania Head was known as an inspirational survivor who witnessed the second plane hitting the south tower. She even received a wedding ring from a dying man who asked her to deliver it to his wife.

She was rescued by the "man in the red bandanna" who died rescuing others and woke up in the burn unit of a hospital six days later and discovered the death of her husband who was in the north tower.

Her story went viral and millions sympathized with her tragic story.

The real tragedy lies in the fact that Tania Head doesn't exist.

It was eventually discovered that a woman who wasn't even in the United States on September 11 and that she completely fabricated the story.

A book titled The Woman Who Wasn't There: The True story of an incredible deception was released by Robin Fisher and Angelo Guglielmo Jr.

Fisher said, "Survivors continue to say that a great deal of their healing came from Tania helping them, and from Tania helping get them recognized. They needed that validation and no one was able to get that for them, except for Tania."

She added that Head never took money from the people she fooled "and, in fact, she gave money to the survivors' network. It was clear to me right away that she did it for the attention."