Free World Class Education
FREE Catholic Classes
Mardi Gras is designed to be one last big celebration before something is given up for Lent.

Mardi Gras is French for Fat Tuesday; it comes directly before Ash Wednesday. "Mardi Gras is a raucous celebratory affair that serves as a final shebang before the 40-day abstinence of Lent," explains The Huffington Post. 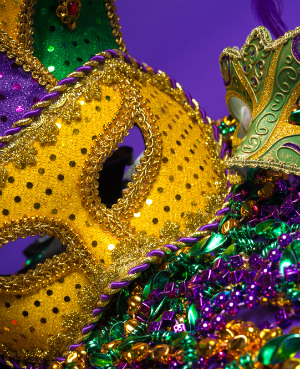 LOS ANGELES, CA (Catholic Online) - Amidst all the metallic-colored beads, loud music and parades, the foundation for the holiday often gets lost.

1. "Mardi Gras, or 'Fat Tuesday,' is the culmination of Carnival, which by its Latin roots means the 'removal of flesh/meat,'" explains Author Greg Tobin to The Huffington Post. Christians often abstained from dairy and meat products altogether.

2. In some countries, the day is called "Shrove Tuesday" after shrive, which means "to confess." "This refers to the unofficial custom of going to confession on the Tuesday before Ash Wednesday as a way of shedding sin and guilt before the spiritual journey of Lent," stated The Huffington Post. 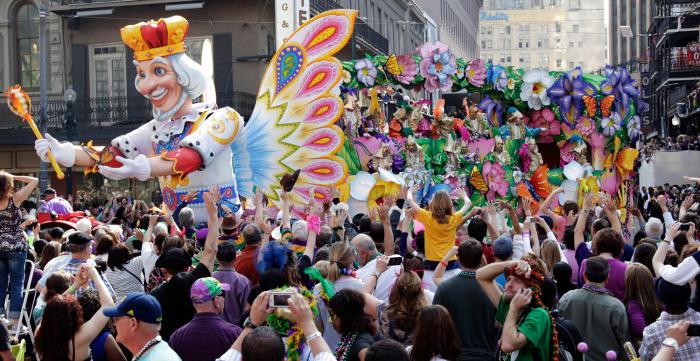 3. Mardi Gras became a holiday in 1582, when Pope Gregory XIII placed it on his Gregorian calendar the day before Ash Wednesday. It first appeared in North America in the late 17th century with the LeMoyne brothers' claim on Louisiana.

4. Although it is most famously celebrated in New Orleans and Rio de Janerio, Mardi Gras is a highly international holiday. Major celebrations take place in Germany (as "Karneval"), Italy (as "Martedi Grasso"), Trinidad (as "J'Ouvert"), and Mexico (as "Martes de Carnaval"), according to The Huffington Post. 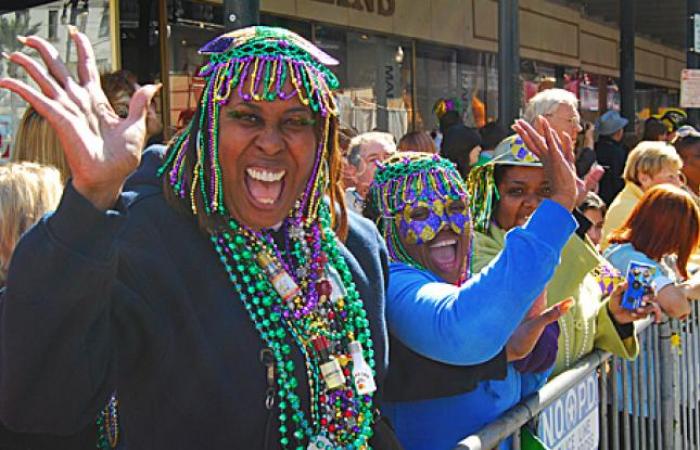 5. The traditional colors of Mardi Gras and the beads started with the king of the first daytime Carnival in 1872. "He picked the colors to represent royalty: purple for justice, gold for power and green for faith," stated Richmond Times-Dispatch.

6. The masks worn during the celebrations were to escape class constraints. 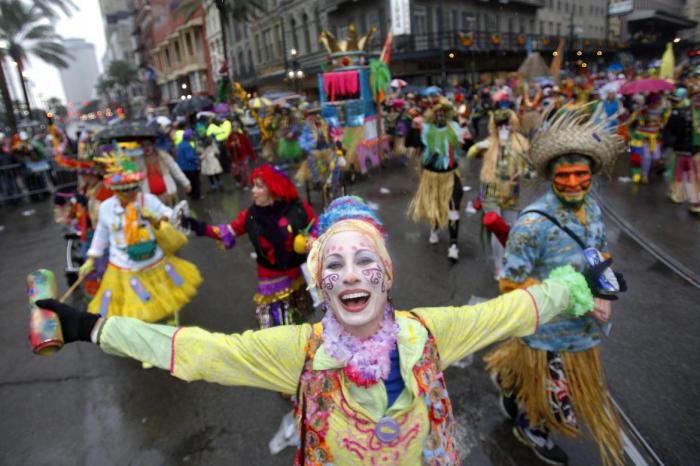