Christians are not the only people who grapple with those seeking to make active homosexuality acceptable in their ranks. Ani Zonneveld, the cofounder of 'Muslims for Progressive Values', a socially liberal American Islamic organization, believes that it is okay to be actively homosexual based on her interpretation of the Koran. 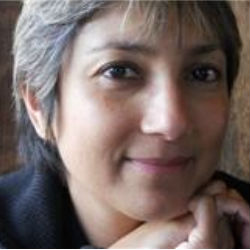 Ani Zonneveld does not believe the Koran is opposed to the practice of homosexuality.

LOS ANGELES, CA (Catholic Online) - Born in Malaysia, the 49-year-old singer-songwriter and organization cofounder said, "the community we are building is very different from most of the mosques you would walk into. We are very inclusive of all Muslims, gay Muslims, mixed-faith couples. We also don't segregate [the genders] when we pray, and we allow women to lead prayer. Our values are very egalitarian and we really live those values out."

Zonneveld founded the organization in 2007 with Pamela Taylor, a feminist American Muslim. The organization has 10 guiding principles. Among those are:

Some say the group is a sign of a growing trend amongst some who call themselves Muslims, particularly in the United States, to embrace a form of diversity which is at odds with the teachings of Islam and encourage a more 'liberal' interpretation of the Koran.

Statistics show that the US Muslim population is relatively liberal in their interpretation of Islam - and their behavior - when compared to their counterparts overseas. The US population of Muslims is estimated to be somewhere between 3 and 6 million people. While many are immigrants from overseas, the largest number have been born in the US, or are converts. Less than half say they attend mosque at least once a week, according to a 2011 Pew survey. Only 37 percent say they believe there is only one correct interpretation of the Koran. A tiny minority continued to follow traditional practices and dress in traditional fashion.

Still, most mainstream Islamic leaders say that homosexuality is a moral disorder. Muzammil Siddiqi, former president of the Islamic Society of North America wrote, "It is a moral disease, a sin and corruption. No person is born homosexual, just like no one is born a thief, a liar or murderer. People acquire these evil habits due to a lack of proper guidance and education."

The mainstream Islamic view is said by some to be similar to the view of the Roman Catholic Church, which, while it does not condemn people for their sexual orientation, does condemen homosexual practice. However, the Catholic Church, unlike some proponents of Sharia Law, does not proscribe capital punishment for those who engage in homosexual practice. Rather, it offers forgiveness and help to assist those with same sex attraction disorders.

Those among this group who call themselves "liberal" Muslims are attempting to create a change in the acceptability of homosexual practice, at least in the American Islamic community. They want to see an Islam that is more "inclusive"; meaning to them one which embraces a more 'compassionate' and open-minded viewpoint on the "issues of the day". Such an approach may do well in America. However, it is highly unlikely that it will have any effect in other Islamic countries.

To this day, at least six Muslim countries still consider active homosexuality to be a capital offense, punishable by death.