Catholic Charities Forced to Shut Down Services around the Country

Civil union laws springing up around the country are not about equality or freedom or love. We know this because the secular state is using these laws to force the Catholic Church to violate its beliefs or shut down its services. Thus, it seems that these laws are hostile, that they are an early sign of state aggression against the Church and anyone who stands in the state's way. I hope and pray that Catholics have the courage to stand up to those in our state legislatures who would turn our government against its people and the Church. 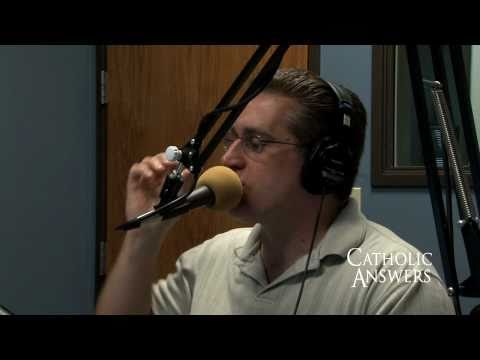 P>KNOXVILLE, TN (Catholic Online) - As of June 1, 2011, unmarried heterosexual couples and homosexuals will be able to legally adopt children and become foster parents in the state of Illinois under its new civil unions law. In response to this new law, Catholic Charities of the Diocese of Rockford has announced that it will discontinue adoption and foster care services immediately.

Some believe that the new civil unions law will not effect religious organizations such as the Catholic Church. And some homosexual advocates are claiming that the Church's decision to shut down its adoption and foster care services is a sign of intolerance. But when a bill, SB 1123, was proposed to amend certain language in the law in order to protect religious liberty, the amendment was attacked by homosexual activists and defeated by one vote.

This is not the first time something like this has happened. Catholic services in other states have also been forced to shut down. Catholic Charities of the Archdiocese of Washington D.C. was forced to shut down their foster care and public adoption program due to a law recognizing same-sex marriage that went into effect in 2010. The law requires that religious organizations serving the general public must provide services to homosexuals regardless of their religious beliefs. District lawmakers could have granted an exemption to the archdiocese, but they chose to force it to compromise Church teaching on marriage or shut down its programs. In a Catholic News Agency article, Bill Donohue, the president of the Catholic League for Religious and Civil Liberties, said, "Archbishop Wuerl [of the Archdiocese of Washington D.C.] isn't about to allow the state to run roughshod over Catholic doctrine, and that is why he is being forced to drop the foster-care program."

Something similar also happened in the state of Massachusetts. Catholic Charities of Boston was forced to shut down unless it agreed to place children with homosexuals. New state licensing laws in 2006 required that Catholic agencies facilitate adoptions for same-sex couples. According to an article by Father Robert J. Carr, in a joint statement, bishops from four Catholic dioceses in Massachusetts said, ". . . if Catholic agencies were required to help same-sex couples adopt children in violation of church teaching prohibiting the practice it would present 'a serious pastoral problem' and threaten religious freedom."

Apparently, this has also happened in England and Wales. Marianne Medlin  writes, "Last August, a local commission ruled that the last remaining agency, Catholic Care, was not justified in its refusal to place children with same-sex couples because of its religious beliefs."

All of these forced closing reflect a trend, and it is not benign. I believe that homosexual activists have given us a clue to the nature of this trend. They tell us that they just want to be treated equally, that they want to be free to love each other and have families like married heterosexual couples. But I do not believe this is true, and it is not realistic. In addition, homosexual activists in Illinois are calling the new civil unions law the "Religious Freedom Protection and Civil Unions Act." But the law does not protect freedom, certainly not mine or yours, anyhow. So if this trend is not about equality, freedom or love, then what is it about? Perhaps it will help us answer this question if we look at another example.

Since the 1980's, various groups (homosexuals, feminists, secularists and atheists) have been attacking the Boy Scouts of America. This first came to my attention when the Supreme Court ruled on a case between the Boy Scouts and an assistant scoutmaster, James Dale. The Boy Scouts discharged Dale from his position when it became clear that he was a homosexual. Dale sued the Boy Scouts for discharging him. However, in 2000 the Court upheld the Boy Scouts' First Amendment right of "freedom of association" and ruled in favor of the Scouts' right to set their own membership standards.

This did not end the Scouts' legal battles, however. The decision apparently energized homosexual activists to destroy the Boy Scouts. Only now, the focus shifted to turning public opinion and support against the Scouts and attacking the Scouts' relationship with government through litigation initiated by such groups as the American Civil Liberties Union (ACLU). As a result, some corporations and charities have turned against the Scouts, and the Scouts have lost the use of government land and facilities which had historically been available to them.

Homosexuals could have established their own type of program, but they did not. At least they were free to do so if they had wanted to. But it was not freedom that they wanted. They wanted to take others' freedom, to force the Scouts to change their beliefs. If the homosexual activists did not get what they wanted, then they would try to destroy the Scouts and deny boys the chance to participate in one of the best experiences a boy could have.

It appears that this is similar to the civil union laws springing up around the country. This trend is not about equality or freedom or love. We know this because states could allow unmarried heterosexual couples and homosexuals to adopt children and become foster parents without forcing the Catholic Church to violate its beliefs or shut down its services. The secular state could easily make room for both if it wanted. But every indication is that it wants to force the Church to conform to its irrational and immoral beliefs or be driven out of the public sector.

Thus, it seems to me that these laws are hostile, that they are an early sign of state aggression against the Catholic Church and anyone who stands in the state's way. In part two of his encyclical, God Is Love, Pope Benedict XVI tells us that the Church is uniquely qualified to contribute to social justice through charitable service, and she must be free to serve. I hope and pray that Catholics have the courage to stand up to those in our state legislatures who would turn our government against its people and the Church.