Memorial Day: A Catholic Understanding of Freedom and its Cost

Free World Class Education
FREE Catholic Classes
This Memorial Day Catholics rightly honor our heroes and remember our Church, who has defended the dignity and freedom of the human person for two-thousand years

Why are human beings willing to fight and die for freedom? As Americans, this Memorial Day we will remember those who died in the service of our country. But as Catholic Americans, we should also reflect on the meaning of true freedom and thank God for the Church which proclaims the way to the fullness of that freedom. One reason why we are willing to fight and die for freedom is because the need for freedom is imprinted into our very nature. This is why we fight for it for others. 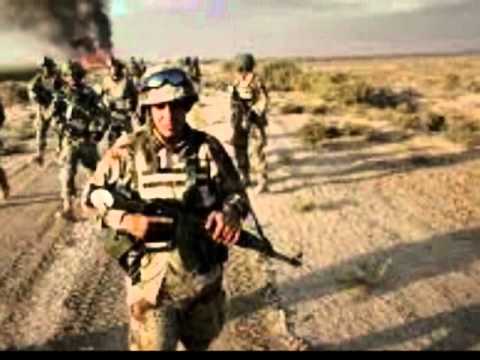 P>KNOXVILLE, TN (Catholic Online) - Why are human beings willing to fight and die for freedom? As Americans, this Memorial Day we will remember those who died in the service of our country. But as Catholic Americans, we should also reflect on the meaning of true freedom and thank God for the Church which proclaims the way to the fullness of that freedom.

I honor those in my family and yours who paid the ultimate price for the freedom that I have enjoyed as an American. However, I believe that some today have trivialized the meaning of freedom or distorted it beyond recognition. True freedom is much deeper than being able to do what we want. Freedom directs us toward truth and choosing the truth perfects our exercise of freedom.

Again, the Catholic Catechism is so very helpful for our understanding: "The more one does what is good, the freer one becomes. There is no true freedom except in the service of what is good and just. The choice to disobey and do evil is an abuse of freedom and leads to "the slavery of sin." Freedom makes man responsible for his acts to the extent that they are voluntary. Progress in virtue, knowledge of the good, and ascesis enhance the mastery of the will over its acts." (See, CCC #1731-1734)

The Church teaches us that to understand freedom we need to consider both our nature and the very purpose of our humanity. "Through our physical bodies, we sum up the elements of the material world and bring them to their highest perfection and freely raise their voice in praise to the creator" (cf. Gaudium et spes 14). Thus, we know that we are more than the material world, for which we have the capacity to appreciate and give thanks.

Once we understand that we are a unity of body and soul, created in the image of God and endowed with reason and free will, we are ready to taste of the Church's teaching on freedom. Paragraph 1730 found in the Catechism of the Catholic Church is short, but its breadth is enormous. It states that "God created man a rational being, conferring on him the dignity of a person who can initiate and control his own actions. God willed that man should be 'left in his own counsel,' so that he might of his own accord seek his Creator and freely attain his full and blessed perfection by cleaving to him."

Human beings, by virtue of their reason and free will, are unique among all other created things in that they can freely choose to act in ways that are not in accord with their nature, that is, they can turn away from God and reject their own perfection, which is to become fully human and fully alive. However, turning away from God is not true freedom, it is an abuse of freedom. Instead of freeing us; it enslaves us. We need to understand this point because it is critical. Therefore, I have selected two examples.

First, in order to help us understand the significance of the abuse of freedom, Dr. Scott Hahn gives us a general example using a train. It is the nature of a train to run on tracks. As long as the train remains on the tracks, it is able to carry people or needed materials across the country. If, one day, the train viewed its tracks as restricting its freedom and decided to jump its tracks, what would happen? Therefore, acting according to our nature liberates and frees us. Acting against our nature results in a kind of slavery because we are no longer free to "Be all that we can be."

Second, Blessed John Paul II gives us a more specific example in The Gospel of Life. He shows us that when freedom is no longer based on objective truth, it destroys itself.  He says, since freedom is inherently relational, if the self is understood in terms of absolute autonomy, as it is in secular society, then people will eventually reject each other as each person seeks to have their interests prevail. Thus, society becomes a mass of competing individuals without mutual bonds. Such a society does not become more free; it becomes less free as vice, corruption, brutality, and oppression inevitably increase.

Now, I believe we can try to answer our original question. One reason why we human beings are willing to fight and die for freedom is because the need for freedom is imprinted onto our very nature. By virtue of our ability to reason and our free will, we are impelled to seek truth, especially religious truth.

Our Creator instilled this drive within us, so that we would seek Him, for He is truth. And having found truth, we are obligated to live it to the best of our ability. But we cannot satisfy this obligation unless we are free from coercion. Consequently, it is the obligation of the state to ensure that its citizens are free to exercise their religious freedom. However, if the state fails in its obligation, or is attacked by another state, then, at some point, human beings will rightly and necessarily fight and die for true freedom.

This Memorial Day Catholics rightly honor our fallen brothers and sisters, those who have died so that we may continue to choose freedom. But we should also remember our Church, who has defended the dignity and freedom of the human person for over two-thousand years.