After Iran attacked an air base in Erbil early Wednesday, the Chaldean Archbishop of Erbil said the current tensions between Iran and the U.S. threaten the fragile Christian communities in Iraq's Nineveh Plains. 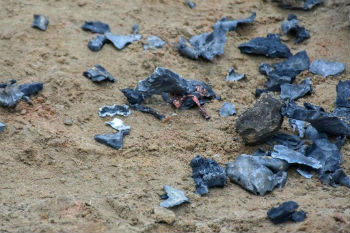 Erbil, Iraq, (CNA) - After Iran attacked an air base in Erbil early Wednesday, the Chaldean Archbishop of Erbil said the current tensions between Iran and the U.S. threaten the fragile Christian communities in Iraq's Nineveh Plains.

"The current tensions between the two powers must not escalate. Iraq has been suffering from proxy wars for decades; they have torn our country apart," Archbishop Bashar Warda told CNA Jan. 8.

In retaliation for the U.S. drone strike that killed Qasem Soleimani, Iran fired a more than a dozen ballistic missiles at the Al Asad and Erbil air bases, where U.S. troops are stationed. There were no casualties from the attacks, according to U.S. and Iraqi forces.

U.S. President Donald Trump said in a speech Jan. 8 that he is asking NATO to become much more involved in the Middle East, and said Iran appears to be "standing down."

Warda said his Catholic community in Iraqi Kurdistan is tired of war and its tragic consequences. "They have continually suffered far too much and can no longer face an unknown future," he said.

"We are a courageous people of hope. Since the defeat of ISIS in May 2017 by the coalition forces, our archdiocese has been working with other church leaders, Christian agencies, humanitarian agencies, governments and NGOs  to help rebuild our fractured communities in Mosul and Nineveh Plain. It has been a very challenging road to raise funds and international support to help us to physically regain what we lost starting in August 2014. The current tensions are threatening the serious fragility of the communities," Warda said.

Iraqi Christians "need the certainty, reassurance, hope and the belief that Iraq can be a peaceful country to live in rather than being victims and endless collateral damage," he said.

The Archbishop of Erbil said he was united with the appeal from Cardinal Louis Raphael I Sako, Chaldean Patriarch of Babylon, prudently to seek civilised dialogue and to pray for peace.

"As Church leaders we will always follow the path of God in seeking peace, reconciliation, mutual dialogue and not conflict," he said.

Fr. Benham Benoka, a priest of the Syriac Archeparchy of Mosul, said that he hopes the situation of Christians in the Nineveh Plains will be taken into consideration as Iran and the United States confront one another.

"We feel increasingly insecure, especially now that we are talking about the withdrawal of military forces," Benoka said in an an Italian interview with Vatican Radio Jan. 8.

Fr. Benoka is currently based in Bartella, a Christian city fewer than 20 miles east of Mosul controlled by Shia militiamen.

Following Islamic State's occupation of the Bartella, the city's Christian population has been reduced to less than a third of what it was, according to the Associated Press, who reported in 2019 that Christians families were afraid to return to Bartella due to intimidation by the Shabak, a Shia ethnic group who make up the militias controlling the town.

"Since we returned, even if only partially, to our land, after the defeat of IS in October 2016, we have been engaged in the reconstruction of houses and churches. But there are other forces, such as the so-called 'Thirty Brigade' of Shiite Shabak Muslims, who have taken control of the Christian city of Bartella and every day we must suffer their aggressive acts against churches and against our Christians, especially against women. This is why we have been asking for a solution to our situation for some time," Fr. Benoka said.

The Iraqi priest said that he was particularly concerned to hear that the Iraqi parliament voted to ask the government to end the presence of international coalition forces.

"We only have 24 soldiers from the so-called NPU, the Protection Units of the Nineveh Plain, that is, Christian popular mobilization forces, and these 24 soldiers will never be able to defend us. So how can we do it? Where should we go?" he said.

"We truly pray that the military solution is not the only solution, but that there is a diplomatic solution to protect Iraqi blood," the priest said.

Fr. Benoka said that his community prays the rosary every day for solutions to the problems facing the Iraqi people: "We ask that everyone agree - politicians and everyone else - to solve the problems that our Iraqi people suffer from, instead of chasing the interests of other foreign agendas."

"We ask that the situation of us Christians here in the Nineveh Plain be taken into consideration: we have neither weapons nor anything," the priest said.