Iran continues to play an expert game of brinkmanship with the United States, but an error could prove catastrophic. 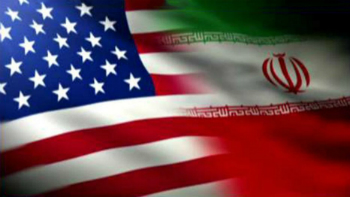 In the event of conflict, the U.S. would quickly overwhelm and degrade Iranian military power for a long time to come.

LOS ANGELES, CA (California Network) - All signs suggest Iran continues to play a game of expert brinkmanship with the United States. So far, Iran is winning the game, but a single miscalculation could prove catastrophic.

Iran previously attacked American assets directly, shooting down an American drone over the Persian Gulf last spring. In addition, Iran staged multiple indirect attacks on the USA and its allies over the last year. From strikes on Saudi Arabian oilfields, to seizing ships in the Persians Gulf, to the recent violent protests outside the U.S. embassy in Baghdad.

Iran and the USA have been fighting a series of quiet proxy wars in places such as Yemen, Syria, and Israel. While American power is hard-hitting and decisive, it is sparingly used to avoid escalation. But Iran's current activities and public threats are goading the U.S. into making a military response. The Iranian government appears to believe that becoming a victim of an American strike will produce sympathy. The nation is seeking an end to crippling sanctions which could be relieved if some nations defect and begin trading with Iran.

Last week, an Iranian-backed militia staged a rocket attack which killed an American contractor and injured several others. President Trump authorized a retaliatory strike on the terrorists themselves which killed at least 25 of their personnel.

While the terrorist attack was ignored by the public, the American response sparked mass protests in a nation where two-thirds of the people are Shiites. Only a third of Iraq is Sunni Muslim. The Sunnis have long enjoyed power under Saddam Hussein, but now the Shiites are becoming powerful with Iranian backing. However, most Iraqis just want to see both the USA and Iran out of Iraq's affairs.

Iran has successfully executed multiple small-scale pinpricks against American and allied interests in the region. Until last week, those attacks have resulted in little retaliation as the Trump administration prefers negotiation to conflict. This has emboldened the Islamic Republic which seems to know precisely how much it can get away with.

But the danger of miscalculation is great. Should Iran harm Americans or somehow provoke the Trump Administration into attacking, the results would not be in question. American military power is overwhelming, thanks to countless technological and geographic advantages.

In the event of open hostilities, Iran could inflict some noticeable losses on American assets in the region. But once the U.S. military brings its forces to bear, Iran's military would be hopeless at sea and in the air. Both Iran's navy and air forces would cease to be effective forces within hours. And the nation's army and government infrastructure would be rapidly reduced.

A land war in Iran would be difficult, even unwinnable for the west, but isn't necessary.

The U.S. military could strike Iran so decisively, the Islamic Republic would lose much of its power in the region.

Although President Trump has spoken with great bravado about American power, he has been remarkably peaceful in his interactions. Last year he recalled a planned military strike against Iran on the basis that it could produce casualties.

However, his patience could wear thin. Iran could be counting on this in the belief they can turn an American attack into a political advantage. But, given how the U.S. military roughly handled ISIS, and other smaller challenges, Iran would be mistaken to assume the President would restrain the military as his predecessors have.

As Catholics, we are called to pray for peace. However, it does not appear likely given the continued escalation of force being orchestrated by Iran. if conflict does come, let us hope it is quick, sharp and decisive, and ensures peace for many years to come.