Cathedral in Iraq's largest Christian town to be rebuilt in 2020

The Great Al-Tahira Immaculate Conception Cathedral in Bakhdida remains charred black inside, five years after the Islamic State plundered and set it aflame; however, in 2020 the Syriac Catholic cathedral will be restored as Iraq's largest Christian community fights to rebuild and regain what was lost. 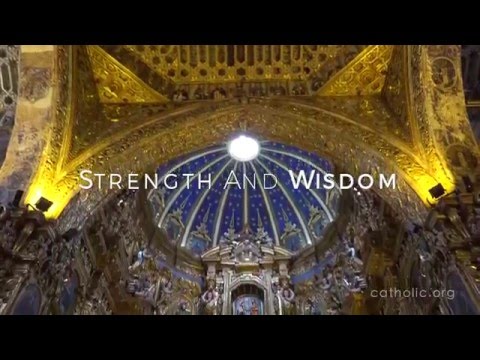 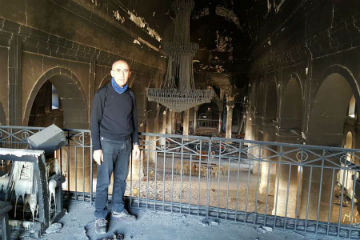 Mosul, Iraq, (CNA) - The Great Al-Tahira Immaculate Conception Cathedral in Bakhdida remains charred black inside, five years after the Islamic State plundered and set it aflame; however, in 2020 the Syriac Catholic cathedral will be restored as Iraq's largest Christian community fights to rebuild and regain what was lost.
"It is a very significant church because it was built from the donations of local people, agriculture workers," Fr. Georges Jahola, a parish priest from Bakhdida, told CNA.

Bakhdida, also known as Qaraqosh, is located 20 miles southeast of Mosul. Fr Jahola said that the local Christians hope that in the future their town will be referred to as as Bakhdida, the Aramaic and more historic name of their town, rather than Qaraqosh, a Turkish name that came from the Ottoman Empire.

The cathedral in Iraq's Nineveh Plains was constructed from 1932-1948 as Catholic farmers donated each year from their harvest, the priest explained. The Great Al-Tahira served a growing Christian community, until the Islamic State turned the cathedral into an indoor shooting range from 2014-2016.

After Bakhdida's liberation from the Islamic State in 2016, Masses resumed in the damaged cathedral as Christians returned to rebuild their community. Aid to the Church in Need committed to completely restore the cathedral's fire-damaged interior in late 2019.

Christianity has been present in the Nineveh plain in Iraq - between Mosul and Iraqi Kurdistan -since the first century.

Rebuilding the 6,936 damaged homes in Bakhdida began in earnest in May 2017, and since then more than half have been completed, Fr. Jahola said.

"With the help of many NGOs we were able to rebuild many houses," he said, noting the contributions of Aid to the Church in Need, Samaritan's Purse, the Salt Foundation, SOS Chretiens d'Orient, Malteser International, Fraternity in Iraq, and others to Bakhdida.

The Hungarian government office for Aid of Persecuted Christians announced in October a partnership with U.S. Agency for International Development to contribute to the rebuilding of homes in Bakhdida and Sinjar in northern Iraq.

"It is indeed the cradle of Christianity," Tristan Azbej, Hungarian State Secretary for the Aid of Persecuted Christians told CNA.

"What we have partnered for is that Hungary would provide donations of local Syriac rite Orthodox Church to reconstruct close to 100 local homes and USAID will provide donations and provision of reconstruction of the market center for the local businesses of the town Qaraqosh Baghdeda," he said.

Fr. Jahola told CNA that Bakhdida needs news jobs. "Young people have no work, so some of them go to Erbil or leave Iraq," he said. "It isn't easy. Also because Iraq now is in an unstable political situation."

At least 400 people have died since anti-government protests began across Iraq in October.

Among the Syriac Catholic, Syriac Orthodox, Chaldean, Armenian, Assyrian, and Muslim commities in Bakhdida, there was one reconstruction committee that has worked together to manage rebuilding, Jahola said.

The Al-Tahira Cathedral was one of four churches in Bakhdida to be desecrated and burnt by the Islamic State: two Syriac Catholic churches and two Syriac Orthodox.

Fr. Jahola is the parish priest of the Syriac Catholic Church of Mar Behnam and Mart Sarah, a desecrated church that was renovated and rededicated on the feast of the Assumption of Mary this year.

"I think it is very important to support this town because it is the biggest symbol of Christianity in Iraq. Until now, we kept it as a Christian city, but we do not know what the future will bring for us," he said.

An estimated 225,000 Christians remain in Iraq, according to In Defence of Christians.