A team of experts say they have 3D images of Noah's Ark and will release the pictures in an upcoming documentary about the Ark. 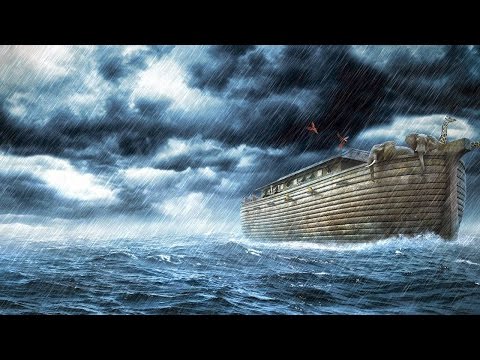 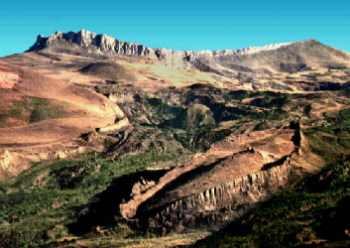 Is this the site of Noah's Ark? A team of experts believe it is, and they claim to have proof.

LOS ANGELES, CA (California Network) - A team of experts say they have 3D scans of a remote site in Turkey, where Noah's Ark is said to have landed. The experts say the 3D scans clearly show the remains of a ship, and they will release the images in an upcoming documentary.

The explorers visited the well-known Durupinar site in the Turkish highlands. Scholars have known about the site since 1959 because of its remarkable resemblance to a ship. The site was discovered and announced by the cartographer, Captain Ilhan Durupinar. The 3D images were obtained by an experienced Ark hunter named Cem Sertesen. According to Sertesen, the images are clear.

The Bible explains Noah loaded two of every animal onto the Ark along with his family during the Great Flood. The Flood was an apocalyptic event which took place in Biblical times and resulted in the destruction of all human life on Earth, except for the inhabitants of the Ark.

Great flood stories are found in the literature of almost every ancient civilization. In fact, the oldest written work of epic fiction, the Sumerian Epic of Gilgamesh contains a story that is strikingly similar to the story of Noah's Ark, including the dimensions of the Ark built by Utnapishtium, the story's version of Noah.

Skeptics argue the flood could have never happened and that the story is allegorical. Conversely, many Christians have mixed views with some regarding the story with skepticism and others accepting it as literal fact.

Aside from the Biblical account, all evidence for the Ark is anecdotal. This includes mentions of the Ark in other ancient sources, which are themselves classified as secondary sources by historians.

Physical evidence for the Ark is inconclusive. In fact, the resting place of the Ark is a matter of debate. Even assuming the Ark existed as described in the Scriptures, there is little reason to believe it should have survived the environmental conditions of the past several thousand years. The Ark was built of wood, and there are few wooden artifacts which survive today, even from more recent times.

If the Ark landed on Mt. Ararat as it is commonly claimed, it would have been buried under glacial ice and volcanic deposits. The mountain is a volcano and has erupted at least five times since 2,500 B.C., with the most recent eruption in 1840. Any structure deposited on the mountain would have probably decomposed and been buried, or sloughed off the mountain with the normal flow of debris.

However, if the Ark landed at the Durupinar site as some experts claim, then there could be evidence buried under the earth. Something could remain preserved under the layers of soil.

Geologists claim the feature is a natural formation. They admit it is unusual, but insist it is natural.

If evidence of the Ark does rest below the earth of the Durupinar site, it could revolutionize our understanding of the story of Noah's Ark, and reinforce appreciation of the Bible as a record of history.

No date has been announced for the airing of the documentary. No images have yet been released.