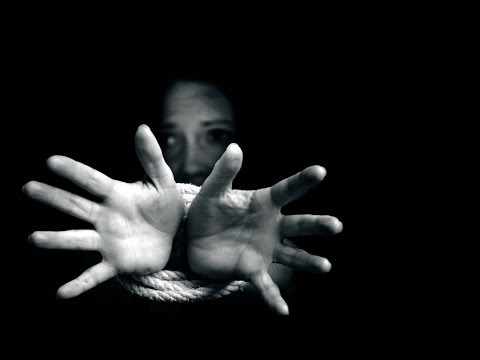 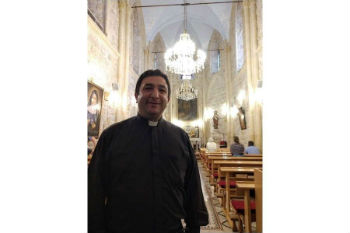 The village of about 2,000 people is unique because, until recently, it had retained a Christian majority for almost 1,500 years, in a region where Christians are a shrinking minority.

In fact, Jifna's most famous landmark is not one of the elaborate mosques and minarets that dominate the Palestinian landscape, but instead is the ruins of the Roman Church of St George, which was built in the 6th century.

Jifna faces struggles. And those challenges are a fair representation of the many complex issues that threaten the survival of Christian communities in the Holy Land.

In September, during a visit to the region organized by the Philos Project, a group of Catholic leaders was able to visit the St. Joseph Parish in Jifna. They spoke directly to members of the local Catholic community and their pastor, Fr. Joney Bahbah.

At an informal gathering in the parish hall, Fr. Bahbah spoke enthusiastically about the crown jewel of his parish: the Catholic school that "serves everyone, including our Muslim brothers."

The school was established by the Latin Catholic Patriarchate in 1856.

According to the official statistics of the Latin Patriarchate, Jifna has been losing Christians to migration, and only 870 remain in town, out of which 428 are Latin Christians.

A large group of Christians left the Palestinian territories during the Second Intifada ("Uprising"), a period of intensified Israeli-Palestinian violence that began in late September 2000 and ended in early 2005.

"Christians are one of the most peaceful, highly-educated, and upwardly-mobile communities in Israel. These loyal citizens serve as a buffer between the Jewish and Muslim populations and offer a powerful testimony to the love and forgiveness that is offered by Jesus Christ," Robert Nicholson, president of the Philos Project, and an expert on the region, told CNA

But many anti-Christian incidents sparked by Muslims make Christians wary, he said, especially when local disagreements are framed as religious incidents and dangerously escalate.

A traumatic episode happened April 24, when a Christian woman from Jifna got into a traffic altercation with a young Muslim man, the son of an influential Palestinian leader with alleged connections to the powerful Fatah movement in Ramallah. After the altercation, the man was taken into custody by the Palestinian police.

In revenge, some members of the Muslim family rounded up friends from the nearby Al-Am'ari refugee camp, and on April 26 traveled to Jifna, where they destroyed property and hurled anti-Christian insults.

According to a report from Al-Monitor: "Some of the gunmen...also fired into the air and demanded that the Christians pay the Jizyah - a per capital annual tax - called the dhimmi - levied on non-Muslim subjects living under Islamic rule."

"Jifna residents made emergency calls to the police, but it would be three hours before anyone would arrive. Part of the delay, it turned out, was because Jifna lies in Area B of the West Bank -administered by the Palestinians but with joint Israeli-Palestinian security control - the police needed approval from Israeli authorities before entering it," Al Monitor explained.

Commenting on the incident and its impact on local Christians, Wadie Abunassar, the Director at The International Center for Consultations, wrote on Facebook that "the residents of Jifna, most of whom are Christians, have voiced anger and resentment for two main reasons: first, the big attack carried out by some residents of Al-Am'ari refugee camp and, second, the delay in the arrival of the Palestinian security forces."

"We hope that everyone will learn that Christians are an inalienable part of the Palestinian people, that they should not be vulnerable in any way," Abunassar said.

At the parish hall in St. Joseph, a local lay Christian explained to the Philos Project group that in the Palestinian territories, "we Christians have a strong sense of nationality and Palestinian identity."

The political stance of many Christians in the West Bank mirrors those of the Muslim majority. They believe in the "right of return" -to the land currently occupied by Israel- and blame Israel for most, if not all, of their current sufferings.

But the lay Christian speaking to the group, who himself spent time in an Israeli prison for joining the Second Intifada, wondered "if the end of the occupation (from Israel) would bring to power a radicalized version of Islam that would totally decimate us."

According to Nicholson, "Palestinian society cannot survive without Christians. Although they only make up about 1% of the population, Palestinian Christians provide about 50% of the health services and 70% of the educational programs in the West Bank and Gaza. There will be no flourishing State of Palestine without a strong local church. The Palestinian Authority should do a lot more to empower and protect Christians living under its rule."

When trying to explain other causes of the shrinking population of Christians in the Holy Land, Fr. Bahbah acknowledged the lack of opportunities in the region. He also took a swipe at the allure of western secularization.

"Today's young (Palestinians) want to have fun, to dance, to travel... They don't like Jesus," he said.

The economic reasons for Christians to emigrate have to do with the state of near collapse of the Palestinian economy, in part because of the crippling regulations imposed by Israel.

But Nicholson believes that the survival of Christian communities in the Holy Land requires a significant engagement with Israel.

"Israel offers a unique, if unusual, opportunity for Christian renaissance in the Middle East: unique because Israel is one of the few countries in the region that is stable and free, and unusual because Israel identifies as a Jewish state. Anyone who cares about Middle Eastern Christians should seize on this opportunity, finding ways to work with Israel and strengthen the local church. This will help Christians in Israel, but it will also send a much-needed message of hope to those living in other parts of the region," he told CNA.

Meanwhile in Jifna, the Christian village surrounded by olive groves, apricot trees and grapevines, Fr. Bahbah says that he keeps on with his daily tasks as a pastor with a sense of hope.

"We believe that peace will come, because Jesus lived here and he loves this land."