Is this how Jesus really died? Discovery shows crucifixion was worse than we imagine

Free World Class Education
FREE Catholic Classes
Crucifixion was the most feared punishment of the Romans.

A gruesome discovery in an Italian tomb has revealed more evidence of how the Romans performed crucifixions. The finding proves that Roman crucifixion was more horrific than traditionally believed. 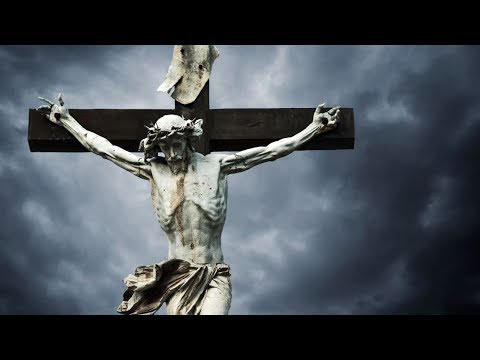 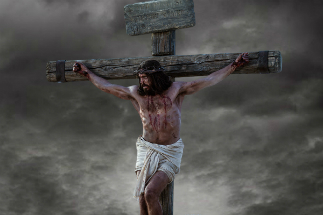 Jesus' execution may have been slightly worse than imagined with each heel getting its own spike.

LOS ANGELES, CA (California Network) - A gruesome discovery has revealed the method by which Romans performed crucifixion, and it is worse than imagined.

In popular belief, victims were crucified with nails driven through the palm of the hand and front of the foot. However, experts have explained that such a method would not secure the victim to a cross properly, and victims could potentially fall off, ruining the intimidating display.

For a long time, experts have suspected that nails were driven through the wrist instead of the hand. This is still subject to debate. But what has remained unknown is how the feet were pinned to the cross.

Popular depictions show the feet on a small rest at the bottom of the cross, nailed together with a single spike. However, there are no mentions of such rests on the crosses in primary sources. A single example of graffiti from antiquity that is believed to depict a satirical crucifixion (the Alexamenos Graffito) shows a small crossbeam on which the feet could rest on either side of the cross. Several experts suspect that the feet could have been nailed to the sides of the cross, with one foot on each side.

Archaeological evidence supports this hypothesis. In 1968 archaeologists digging in Jerusalem uncovered the foot of a crucified man with a nail driven through the heel. Such a method would be more secure, pinning the victim in such a way as to make falling off more difficult. 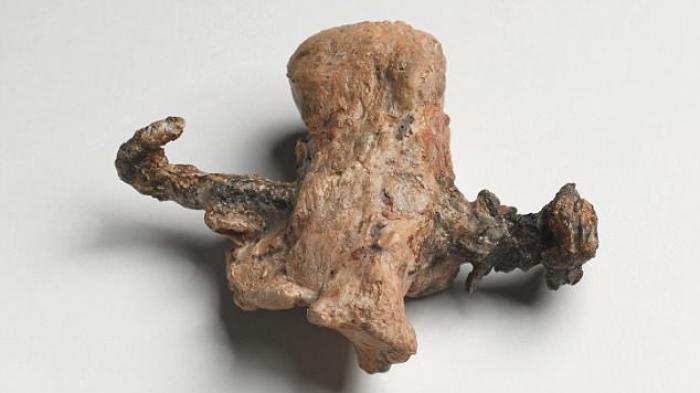 This example of a foot with a nail driven through the heel was discovered in Jerusalem in 1968. A second, similar example has now been found in Italy.

Now, new evidence discovered in Italy suggests this practice may have been the norm. An archaeological excavation uncovered a tomb containing the remains of a person of small stature, possibly a slave between the ages of 30-34, buried without any goods. This would be typical for a criminal.

The slave's foot has injuries that reveal a nail was driven through the heel. The wound appeared to have been created around the time of death, which strongly suggests the victim was crucified. There are no wounds on his wrists, so it is likely his arms were tied to the cross instead of nailed.

Archaeologists have dated the remains to the Roman era based on other artifacts such as bricks and ceramics which were discovered around them.

The two discoveries on record from two different locations but with the same injuries provide strong evidence that driving a nail through the heel was probably standard practice. The feet would have been nailed to each side of the cross.

Crucifixion was meant to be both painful and dramatic. Humiliation and intimidation were part of the spectacle. Victims were stripped naked, and could sometimes have something driven into their groin. The loincloth on popular depictions of the crucified Christ is certainly a-historical. The victims were then hoisted above eye-level on tall crosses for all to see. The goal was to intimidate and deter potential traitors and criminals. If the victim took too long to die, they could have their legs broken with a club, or be stabbed with a spear. Bodies were often left on display as a warning to others.

Even ancient authors were repelled by the brutality of the practice. Crucifixion was normally reserved for the worst of criminal offenders such as people who committed treason. It was rarely practiced on Romans and was more commonly used on slaves and foreigners. The Roman Emperor Constantine, who legalized Christianity, banned crucifixion as a method of execution in the fourth century.

On occasion, crucifixion could be practiced with a modicum of humanity. Julius Caesar once ordered a man's throat to be cut before his crucifixion as a gesture of mercy. Some victims could be tied to the cross instead of nailed, which would have been less painful, but would still ensure a long, suffering death.

Death usually took hours to days to occur and was probably caused by cardiac arrest, shock, dehydration, or asphyxia.

Today, a few people choose to be non-lethally crucified as a form of religious devotion, but such practices are discouraged by the Church because they cause needless harm and are exceptionally dangerous.