Seven years ago, on March 15, 2011, the Syrian Civil War began. Since then, the conflict in Syria has forced more than 5.4 million people to flee their home country to neighboring nations, such as Turkey and Lebanon. An additional 6.1 million Syrians are believed to have been internally displaced. And more than 400,000 have lost their lives. 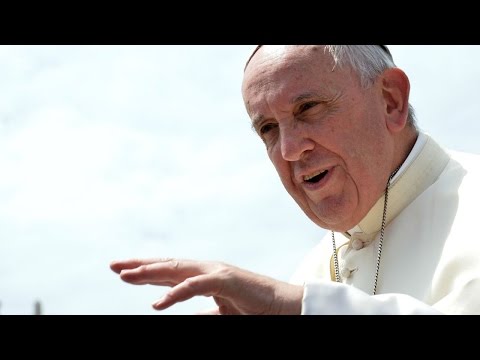 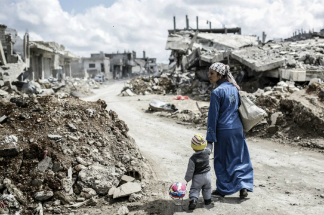 Damascus, Syria (CNA/EWTN News) - "More than 11 million Syrians -- that is larger than the population of New York City -- have had their lives torn apart and fled their homes due to this long, long war," said Tom Price, communications officer at Catholic Relief Services, in an interview with CNA.

"Children, who make up more than half of Syrian refugees in the Middle East, are paying the heaviest price. Many have witnessed violence and the loss of homes or loved ones; the vast majority have been out of school for years," Price continued.

The conflict began when demonstrations sprang up across Syria protesting the rule of Bashar al-Assad, Syria's president and leader the country's Ba'ath Party. In April of that year, the Syrian army began to deploy to put down the uprisings, firing on protesters.

Russia and Iran have been supportive of the Syrian regime, while western nations have favored some rebel groups.

The civil war is being fought among the Syrian regime and a number of rebel groups. The rebels include moderates, such as the Free Syrian Army; Islamists such as Tahrir al-Sham and the Islamic State; and Kurdish separatists.

Neighboring countries surrounding Syria have absorbed most of the Syrians fleeing the constant threat of death and destruction -- a number which has now skyrocketed to the biggest humanitarian and refugee crisis in the world.

"For years, countries in the Middle East have been hosting the largest number of Syrian refugees," Price remarked, most of whom have landed in Turkey and Jordan, while others have fled to Iraq and Egypt.

Turkey has experienced the largest number of Syrian refugees over the years, mounting to around 3.3 million registered in total.

For those who have retreated to Lebanon, Syrians often struggle to make ends meet. An estimated 70 percent of refugees are now living below the poverty line and the country offers no formal refugee camps. There are nearly 1 million Syrian refugees in the country, whose population is little more than 6 million.

Refugees in Jordan are experiencing similar situations. Around 93 percent of Syrians are living below the poverty line outside of refugee camps in exile. Iraq is hosting around 246,000 Syrian refugees and Egypt has seen around 126,000.

While life as a refugee is arduous, those who have decided to remain in their war-torn country are experiencing different hardships, under the constant threat of violence -- mostly living in areas controlled by the government.

However, Price noted that CRS is advocating with the U.S. to continue its efforts in expanding humanitarian aid to Syrian refugees in the Middle East, adding that ending the civil war should be the ultimate goal.

"Most importantly, the United States should lead concerted diplomatic efforts to end the fighting in Syria," Price said.

"Catholic Relief Services echoes the message of Pope Francis, who has pleaded for an end to the violence and the peaceful resolution of hostilities in Syria," he continued.

UNHCR, together with other UN agencies, also noted that they have appealed the U.S. for $8 billion in funding for refugees in Syrian and surrounding locations.

Kim Pozniak, the director of communications at CRS, also said that their organization is working with "the bishops and Catholic Charities to assist those who've had to leave their homes and addresses root causes of migration in many countries, so more people do not have to migrate."

As the years of conflict have passed, Syria is still seeing severe fighting, particularly in eastern Ghouta, near Damascus, and along the Turkish border, with no end in sight.

While the war rages on, Pozniak noted the importance of not letting the violence become normalized over time, and urged Catholics around the world to support refugees through prayer and action.

"We've been called by Pope Francis to 'share the journey' with our brothers and sisters on the move due to violence and other hardships," Pozniak told CNA.

"As Catholics, we must strive to overcome indifference to cries for help, especially in a crisis that's lasted this long."