Will protests in Iran bring religious freedom for Christians?

Ongoing protests in Iran could be a sign of hope for repressed religious minorities, if protesters demand that conscience rights be respected, said an Iranian-born journalist who converted to Catholicism in 2016. 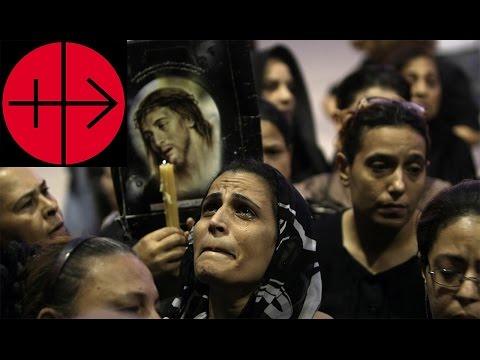 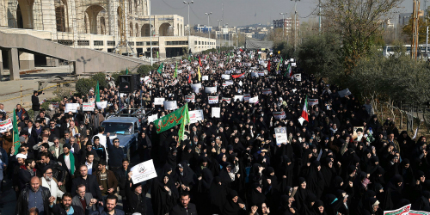 Protests have rocked Iran, which many hope will result in concessions from the hardline regime, but most experts think changes are unlikely.

Tehran, Iran (CNA/EWTN News) - Although most of those protesting in the streets of Iran were born after the 1979 revolution that led to the current Islamist regime, "many of them are chanting nostalgic slogans about the pre-revolutionary era," noted Sohrab Ahmari.

"At the time Iran was no democracy," he said, but the pre-revolution regime "was far less repressive and people retained many personal and social liberties, if not political ones."

Ahmari was born in Tehran. He has lived in the United States for two decades and worked for the Wall Street Journal for several years before becoming a senior writer for Commentary magazine.

Ahmari spoke to CNA on Jan. 2, as Iranians protesting economic and social grievances flooded the streets of the Middle Eastern country.
Since the current round of protests erupted on Dec. 28, at least 21 people have died and 450 been arrested, CNN reports.

The protests are the largest in the country since the 2009 Green Movement, when thousands rallied in opposition to a presidential election they claimed was fraudulent.

The Iranian government has responded to the current demonstrations by sending out riot police and restricting access to internet and social media.

The protests began over economic issues. A year after sanctions against Iran were lifted by the United States, United Nations, and European Union, citizens of the Middle Eastern nation have yet to see the economic recovery that many had expected. Unemployment among the youth is high, and food and gasoline prices have risen significantly.

However, as the protests have grown, so have the grievances, with signs and slogans opposing what many see as a corrupt regime that suppresses the civil rights of its people.

"I don't think you can separate the economic from the political," Reza Marashi, research director for the National Iranian American Council, told CNN.

Ahmari agreed that the nation's unrest shows a deep-seated discontent.

"The Iranians who are pouring into the streets have had it with an ideological regime that represses them and can't even delivery basic economic security," he said.

And while life is difficult for every Iranian, the situation for Christians and other religious minorities is particularly perilous, Ahmari told CNA.

"They are systematically discriminated against, are barred from various public offices and military posts, are prohibited by law from proselytizing, and so on."

The regime does grant Christians and Jews a certain level of "second-class protection" as "People of the Book," Ahmari said, but even this "limited protection only applies to the likes of Armenians and Assyrians, who are considered indigenous Christians."

Converts are not protected, he said, because Sharia law -- which is the foundation of Iran's penal code -- views apostasy from Islam as a crime punishable by death.

While the regime generally does not formally charge Christian converts with apostasy, Ahmari said, "it routinely harasses them, monitors and raids their house churches, and arrests and imprisons their pastors on trumped-up 'national-security' charges."

Nearly a week after the start of the protests, it remains to be seen what effect they will have, if any. But Ahmari is hopeful that any changes in the government will include a greater respect for religious minorities.

Life before the 1979 revolution that brought Sharia law to the country "wasn't ideal," he acknowledged.

"(B)ut minorities thrived, and there was a sense that Iranian-ness wasn't just about Shiite Islam but also incorporated pre-Islamic elements. Jews, Christians, Baha'i and others belonged to this identity. They were tolerated and even celebrated," he said.

"If the protesters can recover something of that inclusive nationalism, then Christians and other ethnic and sectarian minorities will be better off than they are now."