President Trump announces new strategy for Afghanistan - do we get to win this time?

President Trump has announced a new strategy for the U.S. in Afghanistan that involves a significant investment in winning the conflict there. 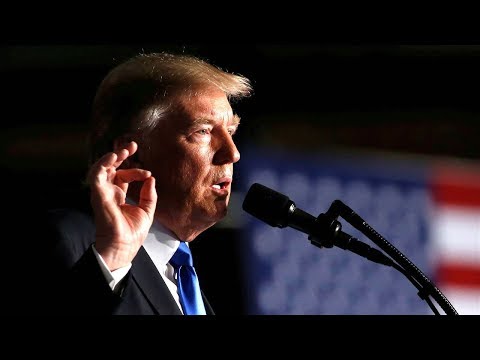 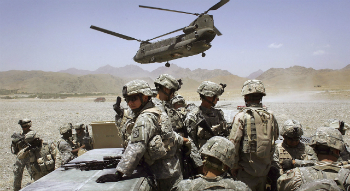 The number of U.S. troops will increase as President Trump orders a new offensive in the region.

LOS ANGELES, CA (California Network) -- The conflict in Afghanistan is the longest-running war ever fought by the United States. The military has been continuously engaged there for 16 years, conducting daily combat operations.

On Monday, President Trump announced a new strategy for Afghanistan, explaining that his instinct to withdraw from the region was wrong. "My original instinct was to pull out, and, historically, I like following my instincts." The President admitted he concluded he was wrong in his assessment. President Trump was a vocal critic of Obama's Afghanistan strategy which involved a drawdown. However, after a detailed analysis and speaking to his generals, President Trump reversed his decision.

The President explained why he was increasing troop levels and U.S. engagement in Afghanistan. He acknowledged the sacrifices made to date, warned against a power vacuum should the U.S. depart, and pointed out that over 20 terrorist organizations are active in Afghanistan and Pakistan. He also put Pakistan on notice.

Trump asked that Afghanistan do more to support the war on terror, and he warned Pakistan that they needed to ensure the terrorists are not enjoying safe haven across the border. â€˝It is time for Pakistan to demonstrate its commitment to civilization, order and to peace."

The president's decision commits the U.S. to a greater involvement in the region, however he refused to comment on how big the commitment would be, or what the timing would be. Given Trump's nature, the ramp up is likely to be swift.

He also expressed that he was not in Afghanistan to build the country, but rather to wage war. "Those days are now over," he said of nation building, "we are killing terrorists." Trump specifically refused to provide details but has warned that "America will attack."

His words should strike fear into those who intend to do us harm, as well as those who are opposed to our presence in Afghanistan and the Middle East. President Trump has literally unleashed the military and promised the personnel and material the generals require to achieve their goal. And while the goal of the operation has not been explicitly defined to the public, it is certain that the military has a goal in mind. Now unrestrained, they may pursue the goal with ruthless efficiency.

The operation should be successful as the U.S. brings overwhelming firepower to bear in the region. After 16 years of experience, the U.S. has learned how to fight in the region and should not be at a disadvantage as the Soviets were in the 1980s.

The region will also serve as a training and testing ground for troops and technology, ensuring the military has tactics and weapons that are battlefield tested.