Free World Class Education
FREE Catholic Classes
Discovery of site reveals the existence of another site mentioned in the Bible.

Archaeologists think they have found the lost city of Bethsaida, which was once home to the apostles Peter, Andrew, and Philip. 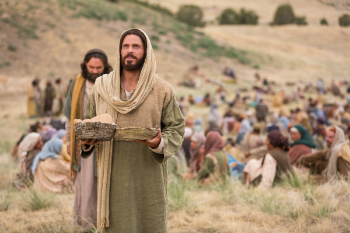 Bethsaida is also the location where Jesus fed 5,000 people.

LOS ANGELES, CA (California Network) -- Archaeologists from the Kinneret Institute for Galilean Archaeology and Nyack College in New York have announced that their dig site may be the ancient town of Bethsaida. The site is located on the northern shore of the Sea of Galilee.

According to the Bible, Bethsaida was the home of the Apostles Peter, Andrew, and Philip. During Jesus' time it was a small fishing village, and Jesus healed a blind man there. Later, the Romans settled there and changed the name of the town to Julias. Within decades, the town grew into a small city.

The city was eventually abandoned and swallowed by the land, probably flooded by the Jordan river at times. The ruins are often discovered caked with mud and clay. Today, tiny communities dot the area which at one time was the armistice border between Israel and Syria in 1949. The area is a strategic corridor between Israel, Syria and Lebanon.

The site has always been a candidate for Bethsaida, but only now are archaeologists certain of their find. Byzantine coins found at a structure suggested they were on the right track. Below the Byzantine ruins, they discovered Roman pottery and coins, dating back to Nero in the first century AD. They also discovered the ruins of a Roman bath, which means the site was urbanized.

The Byzantine ruins also suggest the presence of a church. The Byzantines had a habit of building churches at holy sites. The discovery is exciting because the church was built over the site of Peter and Andrew's house. That means further digs could reveal the very place where two of the apostles lived. It is unclear if such an excavation will be possible or what it might reveal.

Excavations at the site have come to an end for the current season, but will resume again in June of 2018.